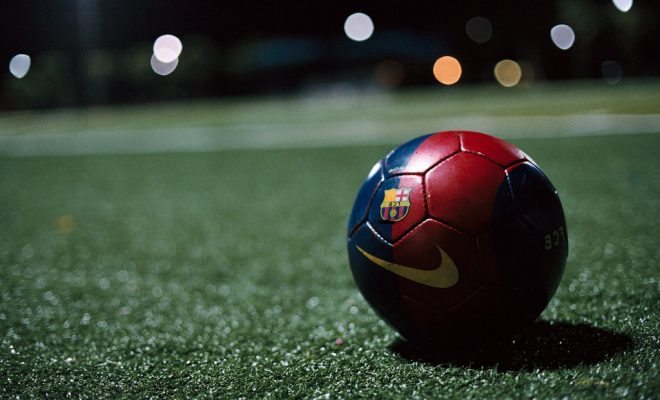 The NFL regular season is coming to a close, and with it, a plethora of fantasy-football dreams. Typically, friends draft a team of their favorite stars before the start of the season and depending on their team’s performance, a fantasy dueler can win bragging rights or bets made within the group. Except today, what started as a competition among friends has evolved into a multi-million dollar enterprise. Websites like DraftKings and FanDuel have capitalized on this competition by changing the fantasy landscape. These sites hold weekly competitions allowing users to choose players weekly for a fee. Although this option bypasses the heartache of seeing a number one draft pick go down with a season-ending injury, this type of competition raises some interesting concerns. Instead of bragging rights, friends can compete for millions of dollars against thousands of players across the globe by depositing cash for a particular contest. This sounds wonderful on paper, except it also sounds like gambling, too. Read on and find out whether you should cosign your fantasy involvement.

What’s the latest news in the fantasy world?

Like the fantasy pro, I’ve endured the pleasure and heartbreak that fantasy football conjures. For instance, two weeks ago week I won $500. Nevertheless, the excitement that a touchdown catch enlivens is comparable to blackjack. The rush in seeing the craps table explode with shouts of hope and trembles of fear is similar to the anxiety of watching the player that you almost drafted “go-off” for three touchdowns. Although there are plenty of gambling outlets for duelers like myself to feast on, discouragement kicked in after reading this article about the Denver Broncos signing a partnership with Draftkings. Let’s face it, it wouldn’t be fair if the number one offense was in cahoots with the fantasy source. Although it’s doubtful that Peyton Manning gets a call during the game to throw an interception, these competitions craft an accessible outlet for fantasy football, which inadvertently targets kids and young adults to compete/bet/win. That worry grew after researching the inner-workings of these one-day fantasy events.

As my fellow New York Law School alum Andrew Blancato correctly noted in his article about fantasy sports gambling, the Unlawful Internet Gambling Enforcement Act (UIGEA) outlaws online sports gambling. The fine distinction is based on skill and chance. But when did this all begin? Years ago, fantasy sports was limited to drafting teams before the season and hoping your team excelled in their respective positions. Today a user can bet online anywhere from 25 cents to upward of a thousand dollars on his team’s weekly performance. When did Football Sunday transform into caring more about the points a player scored, rather than the outcome of the game itself?

When did fantasy become financial?

In July 2009, Nigel Eccles and Tom Griffiths altered the fantasy sports arena by launching their newly minted one-day fantasy competitions. Eccles, the CEO of FanDuel, based his idea on a simple premise: Letting people pick professional athletes daily and bypassing the debilitating effects of injury risks associated with season-long tournaments. Instead of one bite at the apple, these businesses capitalize on multiple game-day bites.

In 2010, Allen Tippy explained the phenomena that recently started interrupting your favorite TV or radio show with a 30 second advertisement.  “Fantasy is the steak,” Mr. Lowitz says. “We just want to be the mashed potatoes on the side.” After gorging on the traditional fantasy platter, Tippy made the change to one-day fantasy competitions.

I search out the weak players…I played in the same traditional fantasy baseball league with a group of lawyers from Mobile, Alabama for about 15 years.

That’s right. The success of one-day fantasy sports is semi-driven by the fantasy fanatics, those who play and switch their line-ups with 30 seconds to spare before the game begins. In fact, by employing these modern tactics, a one-a-day dueler can exploit an opponent’s weakness by staying alert of all injuries and penalties that keep a player sidelined. Interestingly, this awareness sounds just like skill, except in one-a-days there are a few caveats.

For example, unlike traditional gambling site, there is a higher commission taken out by the one-day fantasy servicer. Further, what separates a winner from the host of losers requires beating 60 percent of them to make a profit. Eccles calls it “fantasy for the ADD generation.” Mr. Eccles hits it on the nose, considering FanDuel paid out roughly $500 million this year alone.

After FanDuel captured 70 percent of the daily fantasy sports market, DraftKings snatched the remaining 25-30 percent. Fast forward four years: these simple startups have catapulted to infamy and success. In fact, the Fantasy Sports Trade Association acknowledged that about $1.7 billion is spent each year on fantasy sports in the U.S. and Canada. Couple this with an infinite pool of investors and big-name endorsers and one is left to wonder if any regulatory measures have been taken to ensure fair play.

So…is this even legal?

In 2006, Congress passed the UIGEA, which basically outlawed any online sports gambling that relied strictly on chance instead of skill. Whether or not fantasy sports are chance- or skill-related is a question for Socrates; however, what has been done since 2006 is quite startling, especially considering the mammoth explosion of this business. Vice Sports explained it best:

The debate over the legality of DFS revolves around the definition of skill versus chance. DFS games fall somewhere in between pure games of skill (chess, checkers) and pure games of chance (lottery, bingo). Picking a winning lineup involves a level of skill, intelligence, and talent that can be improved but also, Peyton Manning could tear his ACL in warm-ups and sorry, bro, your lineup is done.

Great, so playing fantasy sports involves both a touch of skill and a dash of luck. Easy, done. But some questions still linger. For example, since 2006, the marketing landscape changed, technology evolved, and fifth graders were given cell phones. So, what exactly is going on?

On December 2, 2014, lawyers lodged formal complaints against FanDuel in Florida Federal Court. The allegations included claims of deceptive practices by misleading customers, which tiptoes the line into fraudulent territory. Basically, FanDuel targeted customers through its promise to double any money deposited into its website. Yet, its “double your deposit” promotion didn’t double its customers’ deposits upon joining. Instead, if a user deposited $200, her money was entered into a formula, which requires a contestant to spend $5,000 in order to receive the initial $200 promised payback. This wasn’t the only lawsuit targeting the fantasy giants.

That’s when I was introduced to Christopher Langone, who filed pleadings in Illinois Federal Court to challenge the winnings of Patrick Kaiser, a FanDuel enthusiast. Months later, Langone filed another action against DraftDay.com and bypassed any jurisdiction issues by filing in San Antonio, Texas, DraftDay’s state of incorporation. What initially seemed like a theoretical query based on whether fantasy sports involved more skill than chance, created a battle of mythical proportions, perfect for the great professors who teach me.

What is being done?

In short, nothing yet. Some Federal Courts have reacted, using the judiciary power bestowed upon them to influence states to strike down fantasy football in Montana, Louisiana, Washington, Iowa, Arizona, and Puerto Rico. Or take Florida for example, where state law technically bans the “fantasy phenomenon,” and makes playing it a misdemeanor. But other than political riffraff and textualist toils over what chance and skill really are, the main concern for fantasy-player welfare has dissipated. As Mike Florio puts it,

In what would be a bizarre twist on point shaving, coaches and players could in theory be bribed to ensure that certain players will generate significant production, or that certain players will be shut down. Getting to coaches and assistant coaches who control the offensive game plan would be the most efficient approach. It also would help to grease defenders who would be inclined to slip on an invisible banana peel, springing a specific player for a touchdown or two. Or four.

Florio’s concerns express the same disbelief I have. Further, his article was written in July, way before Peyton endorsed Draftkings and Tom Brady joined DailyMVP.

With more and more players signing onto these fantasy startups, maybe it’s time to start paying attention to the inconspicuous tweets of NFL players. It’s not that Wilfork would miss a tackle to spring a runner 50 yards, it’s that he might be tempted to do so in order to capitalize on the same organization paying him to tweet.

Greed takes many forms. After witnessing the fall of the real estate market, we all saw the destructive nature of our fellow man. Like much of the law, Congress has slowly reacted to recent changes in technology. Today, kids and adults have online access at their fingertips. Although this doesn’t fit the bill as a pressing concern, it could become so. Anyone can click to verify that they are 18 years old in order to play on these sites. Further, not an iota of regulatory action has been taken since 2006. Although it is too early for the unforeseen consequences to materialize, it might already be too late to ensure that they don’t. Alas, chance and skill can only get a fantasy dueler so far. My hope is that there’s no one whispering in the players’ ears to strike that balance.