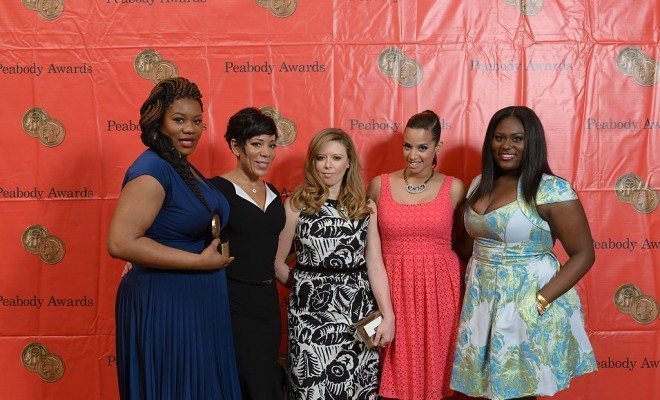 Diversity on TV: The New Normal?

With the success of recent television shows like ABC’s “How to Get Away with Murder” and “Black-ish,” many in the industry are starting to reevaluate their positions on race in television. The “old guard” of television often said that the American people wouldn’t watch a television show that heavily featured characters who weren’t white — often relegating anyone who doesn’t fit into that box to a life of being the sidekick, or worse yet, losing all sense of identity and being whitewashed.

Characters on television shows need to be interesting, developed, and sympathetic. The diversity of a character does not only fall in ethnic background, but it is certainly a way to give that character a deeper history. Still — as someone who regularly watches television it is clear that on-screen diversity on screen is growing, especially when you consider shows like “Scandal”, “Glee”, “Grey’s Anatomy,” and “Orange is the New Black”. It is pretty much expected now for a show to have one character who doesn’t fall into the cis-gendered straight white category.

And we are noticing — think back to all of the press and negative coverage that “Girls” received (and still receives) because of its lack of ethnic diversity. But “Girls” is just one in a long line of history.

Still, one must consider some of the most popular television shows in the last two decades. These shows, the ones that get the push from the individual stations and the media, are still white. “Seinfeld,” “Friends,” “Will & Grace,” “How I Met Your Mother,” and “Sex and the City” were all the most popular shows when they were airing, and they all featured white friends in New York City.

But why is this still happening when, according to Nielsen, white people don’t even make up the majority of the viewing audience?

“It’s not only that the African-American audience watches more TV, but it’s substantially more — two hours over other groups,” Ron Simon, head curator at the Paley Center for Media, told theGrio in an interview. “It’s known in the industry, but it certainly hasn’t gotten the attention I think that it deserves.”

Race is a social construct — that is the first thing we need to realize if we are going to discuss race at all. It is a way to categorize people into neat groups.

Except those groups aren’t so neat anymore.

Here are some pretty startling statistics about race and television in the United States:

Representation on the Big 4 | Create Infographics

This is a problem. When you look at the statistics, stations like Mundo, which focuses on the Latino community, or BET, which focuses on the black community, sometimes overtake shows on mainstream networks that are fledgling. According to the report, African Americans watch 37 percent more television than other demographics, which means that they are watching shows that don’t always represent them in the best light. Or worse — they are watching shows that don’t represent them at all.

Whitewashing happens when an actor or actress is completely stripped of his or her ethnic qualities and either declared or assumed white by the writers and viewers of the show. Whitewashing is a dangerous happenstance because it not only eliminates the ethnic identity of the actors, but it also impacts the fans of the show. As we become more and more connected to our television shows through social media, and we know more and more about the actors, it seems harmful to completely remove their cultures. However, what about the people who don’t follow the actors and know their backstories — they simply never realize that they are watching someone who isn’t just white.

One of the better shows on television when it comes to portraying diversity is Fox’s “Glee.” The show has been groundbreaking (though sometimes problematic) in giving light to all different types of characters. There’s no doubt that Kurt Hummel will go down as one of the revolutionary LGBT characters on television. But what about his boyfriend? Darren Criss, the actor who plays Blaine Anderson, is half Irish from his father and Filipino from his mother. Early in his tenure on the show, he is referred to as “Vaguely-Eurasian” by another character. Vaguely-Eurasian. It seems like a slap in the face because Darren Criss is clearly part Filipino. He has almond eyes with extravagant lashes, medium gold toned skin, and thick black curls. Many just assumed his character had the same history that he did.

Until the next season, when they cast Matt Bomer as his brother. Matt Bomer is a fantastic actor, but he is English mixed with Welsh, Scottish, and German. Now this wouldn’t be a problem if the show had given context for his family, but they haven’t. One cannot assume that there was a remarriage or they are step brothers. They are called brothers in canon, so that is what the viewer must take them to be. Could it possibly be that Fox didn’t want to push the boundaries by showing a couple that was gay AND two different races? Not so fast — another couple on the show, Brittany and Santana, fit that bill. So why whitewash Blaine Anderson? Is it because Darren Criss could pass as white? Is it because Darren Criss is the heartthrob of the show, and the heartthrob couldn’t possibly be anything other than white? Is it a push from Fox? Or are they not whitewashing him, just not talking about it? Glee isn’t the only show that does it, and it isn’t always a problem. But there is the question: why did they choose to whitewash him on a show where diversity is celebrated?

Awards and the Changing Times

One of the biggest snubs of the 2014 Emmys was of sitcom actress Mindy Kaling.

Kaling was a surefire nomination for her show “The Mindy Project” because she had been tapped to announce the nominees. When it came time to announce the category she was supposed to be nominated in, her name was nowhere to be found.

Is this a case of racism on television, or were there just more worthy nominees?

While we can’t get into the mind of the voters it is important to note that there has been only one non-white woman who has won an Emmy for acting in a leading comedic role: America Ferrera as Ugly Betty.

In fact, 2013 was the first time ever an African American woman won an Emmy for Best Actress in a Drama: Kerry Washington for “Scandal.”

Why don’t we have more diversity on TV?

Could the lack of diversity on television be caused by a lack of diversity among its writers? That is certainly a possibility. Shonda Rhimes is one of the only black female writers to get a television show of her own, and she now has three: “Grey’s Anatomy”, “Scandal,” and “How to Get Away With Murder” – all of which have strong, diverse characters.

So what are we to do to encourage more representation on television? Part of it is up to the viewer: demand it. Don’t watch shows that feature people of color in supporting roles that are degrading. Tweet about it to the companies, the actors, and the writers. Support shows that do provide a realistic depiction of diversity.

We need to also encourage more children of color to go into the arts, whether it be acting, writing, or directing.

The steps aren’t going to happen overnight, sadly, and the momentum is shifting — we just need to continue pushing.

The New York Times: Minorities in Movies and Television

Lee & Low Books: Where’s the Diversity? A Look at the Emmy Awards and TV

Noel Diem
Law Street contributor Noel Diem is an editor and aspiring author based in Reading, Pennsylvania. She is an alum of Albright College where she studied English and Secondary Education. In her spare time she enjoys traveling, theater, fashion, and literature. Contact Noel at staff@LawStreetMedia.com.
Share:
Related ItemsDarren CrissDiversityEmmysGleeHow to Get Away With MurderMindy KalingOrange is the New BlackScandalShonda RhimesWhitewashing