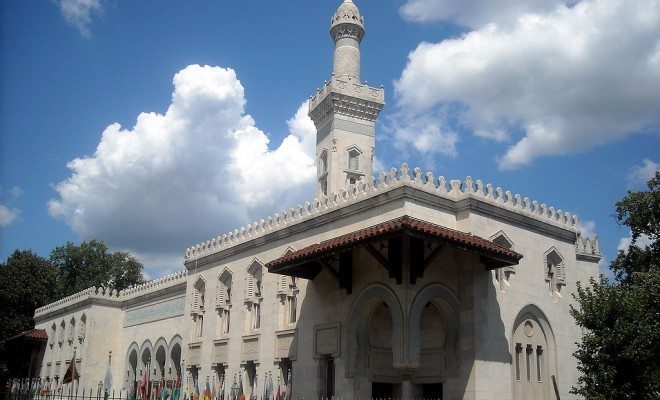 The United States is a patchwork of cultures so diverse that large groups can often go under the radar unnoticed or unidentified. That is, until a tragedy brings that group to the forefront. American Muslims in particular have repeatedly been branded as terrorists throughout history, most recently after a terrible shooting by a Muslim man at an army base in Chattanooga, Tennessee. This viewpoint is unfair and uninformed. Far from being a secret insurgency, Muslims in the United States are one of its oldest groups and most average populations. Read on to learn more about Muslims in the United States, starting with the group’s culture, moving to a profile of the modern American Muslim, and lastly how this group of people is portrayed by the culture.

History of Islam in the U.S.

Muslims have a long history in the United States, perhaps going back to a time before Europeans even settled the area. According to some legends, Muslim Moors who had been expelled from Spain as part of Christian Reconquista may have explored the Caribbean and what is now America. In fact it has even been speculated that Columbus on his travels to the New World cited a book written by Muslims who had made a similar voyage in the 12th century. There are also reports of physical Muslim guides used by the Spanish in their conquests beginning in the 16th century.

The first major migration of Muslims unquestionably came through the slave trade. In fact, as many as ten to 15 percent of the imported human cargo was believed to be Muslim. These slaves were often forced to convert to Christianity or at least hide their beliefs, however some populations were able to hold out into the 20th century.

Following this wave was another from the Middle East from the late 1800s to early 1900s. This group settled in the modern day American Midwest, as jobs were readily available particularly in the automobile industry. A third wave came in the 1950s and 60s from throughout Asia, when the United States relaxed its strict immigration policies. Islam in the United States was also invigorated by Black Americans who sought to restore their original faith, beginning with the Great Migration and continuing to this day. The first mosque in the United States was built in Cedar Rapids, Iowa and as of today there are more than one thousand mosques nationwide. Additionally, some of the most notable Muslims of the time were and are major historical figures such as Malcolm X and Muhammed Ali.

Like the varied waves in which they immigrated to the United States, the current population of Muslims in the U.S., numbering anywhere from five to 12 million people, is also an ethnic hodgepodge of American Blacks, Africans, Asians, Hispanics, Europeans, and converts. Along with a diversity that mirrors the U.S. population as a whole, Muslims in America are quintessentially American in a number of other ways. The number of Muslims with college and graduate degrees for example is nearly exactly the national average. This correlation holds true for the number of Muslims making $100,000 down to those making less than $30,000 annually.

Muslims also are slightly different in some ways as well. First, unlike America as a whole, Muslims skew young, over 75 percent of the Muslim population in the United States is 49 or younger. It also skews slightly male with approximately 54 percent of the Muslim population in this country being male. As far as geography, most live near urban centers such as New York and other coastal areas. The population of Muslims is also greater near university towns as many are graduate students or faculty. Thus while Muslim populations may go unrecognized, that may in part be because of how similar they are to the general population of which they are a part.  The video below looks in-depth at Muslims in the U.S.

Clearly then, American Muslims have a rich historical place in America and blend in quite well with the population, too. However, while by most any metric Muslims are the epitome of America, the perception of Muslims remains disproportionately hostile. According to a recent poll, only 27 percent of Americans had a favorable view of Muslims. Additionally, nearly half of the respondents thought that Muslims’ decisions would be overly impacted by their religion and that profiling people of the Islamic faith was justified.

These are not just views of anonymous individuals. Following in the wake of the recent shootings for example, prominent Reverend Franklin Graham, son of Billy Graham, called for the end of Muslim immigration to the United States. Graham is not alone in his vitriol. The FBI, it was revealed, also seems ill-disposed to American Muslims and unsurprisingly teaches its counter-terrorism agents that American Muslims are potential terrorist sympathizers, that the prophet Muhammad was a cult leader, and the act of giving is actually a covert effort to fund terrorist activities. The FBI was not the only policing agency in on the act; the NYPD also ran a notorious anti-terrorism program that targeted Muslims. Since 9/11, members of the NYPD infiltrated mosques, spied on attendees, and even enticed informants to trick other Muslims to make seditious statements on recordings.

In fact the American media in general is guilty of mischaracterizing Muslims. In a study done by a North Carolina professor of media from 2001 to 2008, he found overwhelming evidence of a media bias against Muslims, including a disproportionate focus on groups who denounced Islam.  The accompanying video details this bias through a triple murder of Muslims in North Carolina earlier this year.

When one looks at the numbers, this anger and hate is clearly misplaced. For example, from 1980 to 2005, 94 percent of terrorist attacks committed on U.S. soil were done by non-Muslims. In 2013 in fact, more people were killed inadvertently by guns fired by toddlers than by Muslims.

There is an old saying that people fear the unknown. When it comes to the Muslim population in the United States, unknown might not be an adequate description. Perhaps the best example is that most Americans equate Arabs and Islam, even when most Arabs in the U.S. are not Muslims. Yet this void of knowledge has not remained unfilled, on the contrary a concerted effort has been made to twist and often distort the popular opinion of Americans into believing all Muslims are terrorists or at the very least, sympathetic to the cause of terror groups.

The numbers show nothing could be further from the truth. Far from being a homogenous group of troublesome people, Muslims, like America itself, are a diverse collection of peoples. Furthermore, these people encapsulate the average American identity in virtually every way.

Muslims like so many groups before them are often not treated equally in American society for a number of factors ranging from media influence to that all important unknown. However, closer examination reveals that in the United States, Muslims are most representative of one thing, the patchwork nature of the country itself.

Embassy of the United States: Muslims in America

Reuters: American Opinion of Arabs, Muslims is Getting Worse

Daily Beast: Are All Terrorists Muslims? It’s Not Even Close

Michael Sliwinski
Michael Sliwinski (@MoneyMike4289) is a 2011 graduate of Ohio University in Athens with a Bachelor’s in History, as well as a 2014 graduate of the University of Georgia with a Master’s in International Policy. In his free time he enjoys writing, reading, and outdoor activites, particularly basketball. Contact Michael at staff@LawStreetMedia.com.
Share:
Related ItemsCollegeEconomyfearGraduate SchoolIgnoranceMuslimMuslim american