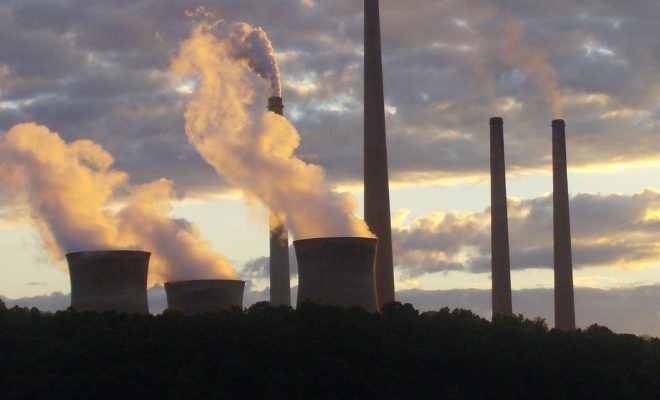 "Power Plant at Sunset" courtesy of [lady_lbrty via Flickr]

Power Plants and Carbon Pollution: What Can the EPA Do?

The Environmental Protection Agency (EPA) leads the United States environmental community’s fight against power plant emissions. Its main priority? To reduce carbon pollution, which, among other greenhouse gas pollutants, is detrimental to the Earth’s climate and the health of every global citizen. In recent years, the EPA has taken strides like never before to combat unchecked power plants across the country that produce harmful gases into the atmosphere. With the backing of the Obama Administration, environmental efforts are at the forefront of America’s priorities.

The EPA and Carbon Pollution

What is the EPA?

The Environmental Protection Agency is tasked with protecting human health and the environment by writing and enforcing U.S. regulations based on environmental laws passed by Congress. Nearly half of the EPA budget is directed to grants for state environmental programs, non-profits, educational institutions, and other entities that align with its mission. The EPA also conducts and shares its own scientific studies, sponsors partnerships within the environmental community, and educates the public.

What are carbon pollutants?

According to environmental scientists, carbon pollution is the primary contributor to long-lasting climate disruption. Carbon pollutants and other greenhouse gas pollutants (gases that trap heat in the atmosphere) exacerbate natural weather conditions like floods, wildfires, and droughts and negatively impact human health. Carbon Dioxide (CO2) makes up nearly three quarters of greenhouse gas emissions worldwide and accounts for 84 percent in the United States. Other greenhouse gases include Methane, Nitrous Oxide, and synthetic fluorinated gases. The severity of damage these pollutants cause to climate depends on the abundance and strength of the gas and duration its duration in the atmosphere. Carbon Dioxide is by far the most abundant and therefore the most dangerous.

CO2 emissions have been on the rise since the Industrial Revolution, but between 1990 and 2013, CO2 emission increased by seven percent due to energy use and transportation emissions. NASA’s video below shows a visual simulation of CO2 emissions.

Human reliance on electricity is to blame for an estimated 37 percent of CO2 emissions. Transportation and industry account for most of the rest. The combustion of fossil fuel to create energy is the primary source of carbon emissions. The burning of coal, in particular, emits the most CO2 compared to oil and gas. Therefore, coal-burning power plants are the leading cause of carbon emissions in the United States.

Coal-fired power plants first burn coal to create extremely fine talcum powder, which is blown into the firebox of the boiler with hot air. The burning coal and air combination creates “the most complete combustion and maximum heat possible.” Water, pumped through the pipes inside the boiler, turns into steam, which can reach 1,000 degrees F and has a pressure of up to 3,500 pounds per square inch. At this point, the steam is piped to the turbine generator where the pressure turns the turbine blades, therefore turning the turbine shaft connected to the generator. Inside the generator, “magnets spin within coils to produce electricity.” Lastly, steam turns back into water inside a condenser.

According to the EPA, carbon pollution causes rising global temperatures, rising sea level, changes in weather and precipitation patterns, and changes in ecosystems, habitats, and species diversity. High levels of CO2 can cause an increase or decrease in rainfall depending on location. Rainfall influences agriculture crop yields, water supplies, energy resources, and forest and other ecosystems across the globe.

Carbon pollution causes an increase in heat waves, drought, and smog (ground-level ozone pollution). It can lead to increasing intensity of extreme events, i.e. hurricanes, precipitation, and flooding. It can also increase the “range of ticks and mosquitoes, which can spread disease such as Lyme disease and West Nile virus.” Younger children, those with heart or lung diseases, and people living in poverty could be at risk the most for feeling the effects of climate change.

One of the first pieces of hard-hitting environmental legislation was the Clean Air Act of 1970, which was most recently revised in 1990. The Clean Air Act authorizes the EPA to establish and enforce National Ambient Quality Standards. The 1990 amendments, led by the Bush Administration, specifically aimed to fight acid rain, urban air pollution, and toxic air emissions. It defines major sources of air pollutants “as a stationary source or group of stationary sources that emit or have the potential to emit 10 tons per year or more of a hazardous air pollutant or 25 tons per year or more of a combination of hazardous air pollutants,” and requires technology-based standards. These standards are referred to as “maximum achievable control technology.

On June 25, 2013, President Obama announced a plan through executive orders to reduce carbon emissions. The President created a list of carbon-reduction targets on the path of decreasing U.S. carbon emissions, preparing and adapting for climate change, and leading the global effort to address the issue. On the domestic front, Obama ordered the EPA to finalize its standards for greenhouse emissions from new and old coal-burning power plants. Although, industry heads have threatened suits if old plants are required to limit emissions.

The executive orders also called for strict standards in fuel efficiency for heavy-duty vehicles after 2018 to minimize greenhouse gas emissions from the transportation sector. In order to prepare for climate change, Obama’s plan involves federal, state, and local governments working together in order to “increase investments in protective infrastructure.” Weather disasters accumulated $100 billion worth of damages in 2012. Internationally, Obama’s plan includes promoting “the development of a global market for natural gas and continued use of nuclear power.” The plan also calls for the Obama Administration to work with U.S. trading partners to discuss negotiations at the World Trade Organization to advocate free trade in environmental goods/services and cleaner energy technologies.

After comments and revisions, the plan is expected to be finalized in August 2015. The EPA anticipates a long run of legal challenges to the Clean Power Plan from coal-producing industry heads. The Obama Administration and EPA saw its first legal win last week on June 9. The suit was brought by some of the nation’s largest coal companies and 14 coal-producing states claiming the plan would jeopardize future construction of coal plants and slow U.S. coal demand. One of the lawyers leading the suit is Lawrence H. Tribe, a Harvard University constitutional law scholar and former law school mentor to President Obama. The courts, for now, have dismissed the case as premature. As Judge Brett Kavanaugh explained in the opinion, “They want us to do something that they candidly acknowledge we have never done before: review the legality of a proposed rule.” Although delayed, opposition will fight another day.

The future holds the final decisions from the courts regarding the Clean Power Plan. Some challenges will more than likely make their way up to the U.S. Supreme Court. It will be a tough battle for the environmental community, but it is one for the health of our Earth and everyone on it. The negative impacts of greenhouse gas emissions, especially Carbon Dioxide, aren’t theories. They are facts and we have to face reality. Although no plan can reverse the damage that has already been done, we can prevent future damage from taking place. It is truly an international issue that needs international cooperation, but it starts domestically, and hopefully the United States will be the leader it needs to be in environmental conservation.

DESMOG: Facts on the Pollution Caused by the U.S. Coal Industry

EPA: Our Mission and What We Do

Jessica McLaughlin
Jessica McLaughlin is a graduate of the University of Maryland with a degree in English Literature and Spanish. She works in the publishing industry and recently moved back to the DC area after living in NYC. Contact Jessica at staff@LawStreetMedia.com.
Share:
Related ItemsBarack ObamaBush AdministrationCarbonCarbon DioxideCarbon EmissionsCO2CoalCongressEmissionsEnergyEnvironmentEPAFossil FuelsGeorge W. BushObama Administration