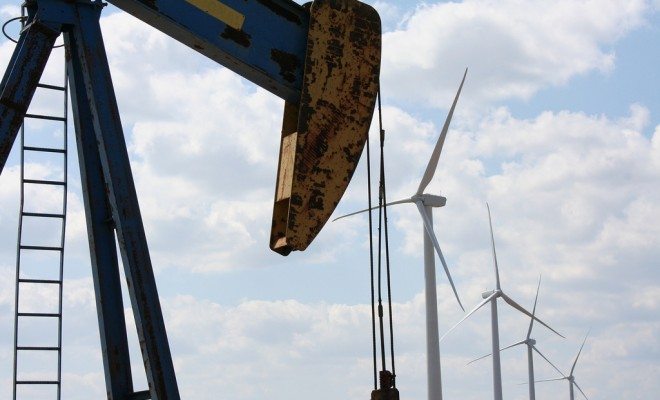 The Mystery of Wind Energy in Texas

When discussing the clean energy revolution, the southern American states are rarely mentioned as progressive leaders. Texas in particular has a longstanding reputation for supporting the interests of the fossil fuel industry. Texas politicians fiercely deny the scientific validity of climate change and the state is home to the headquarters of some of the world’s largest oil and gas companies, such as Exxon Mobile and ConocoPhillips.

However, the Lone Star State actually has a greater Installed Wind Capacity than any other state in the United States. How did this paradox occur?

The Wind Capital of the United States

The proliferation of wind energy in Texas is a relatively recent phenomenon. In 2001, Texas received only 1 percent of its energy from wind. Only 15 years later, wind provides almost 10 percent of the state’s energy and powers over 3.6 million homes. Throughout the state there are 17,713 MW of installed wind capacity; to demonstrate the significance of this number, the second place state, Idaho, only has 6,212 MW and the 3rd place state, California, only has 6,108 MW. The irony behind these numbers is that areas such as California and the North Eastern states have all made political commitments to pursue renewable energy installations, yet they trail far behind one of the most fossil fuel friendly states in the nation when it comes to wind energy. The governor of Texas, Greg Abbott, and both of its senators, Ted Cruz and John Cornyn, all deny climate change, along with 16 of the state’s 36 congressional representatives. The state has also historically been heavily dependent on the fossil fuel industry; in 2014 Texas was the leading producer of crude oil and natural gas.

The Evolution of Renewables in Texas

The policy shift in Texas toward wind can be traced back to 1999 when the state legislature narrowly passed the first Renewable Electricity Standard. To the surprise of many, wind energy turned out to be a reliable and affordable source of electricity in the areas where it was first implemented. Following the success of their first law, the legislature updated it in 2005 to dramatically increase renewables throughout the state. The 2005 Renewable Electricity Standard forced the Public Utility Commission to create Competition Renewable Energy Zones (CREZ), which designated areas in the wind heavy, rural north of Texas for wind farms to be built. The CREZ also created a fund to build gigantic transmission lines connecting these wind farms to the highly populated urban areas of lower Eastern Texas.

To better understand the success of wind, it may be helpful to look at why other renewables, such as solar and hydro, haven’t gained anywhere near as much traction. One of the biggest problems with renewable energy is that it has difficulties matching energy demand. Hydroelectricity will provide fairly consistent power day and night, but solar can only generate electricity during the day, meaning solar panels stop being able to provide energy when the sun goes down. The ideal solution to this may come from advances in energy storage systems, but as of now most battery systems are underdeveloped and simply not capable of handling the amount of energy that would need to be stored for a highly populated area.

The power output of a wind turbine depends completely on the strength of the wind as it blows throughout the day–although its highest output is generally at night–which can be a serious problem in regions with lower wind potential and more fluctuating wind patterns. However, the geographically even terrain of rural Texas (along with the entire vertical band in the center of the United States) has some of the highest wind potential in the entire nation, making wind farms a highly effective technology for the state. While the northeastern states and California have all made political commitments to renewables and are all actively interested in wind energy, their placement on the more mountainous edges of the country means that they have dramatically less access to wind potential.

Interestingly enough, if you look just beyond the U.S. coasts there’s incredibly high potential for offshore wind energy. There has in fact been a growing interest in offshore wind in recent years, especially in the coastal northeastern states, but as of yet there hasn’t been a single offshore wind farm successfully implemented in the United States. This is due to offshore wind’s exceptionally high costs and difficult permitting process, along with high levels of community opposition, especially from beachfront property owners and fisherman.

An unfortunate fact of renewable technology is that its performance is largely dependent on where you want to install its source. While other states may be committed to the environment, (or at least to domestically available energy and protection from future CO2 regulations) it will generally be more cost effective to install wind turbines in the geographical center of the United States than on the outskirts. The 1999 and 2005 Renewable Electricity Standards have been opposed a number of times over the years by fossil fuel interests. A notable example is the Heartland Institute and the American Legislative Exchange Council’s 2013 Electricity Freedom Act, a model bill circulated among state legislators seeking to scale back renewable energy standards in every state. However, a majority of Texas state legislators have voted against these attacks for 16 years, arguing that the wind has created a reliable domestic source of energy, lowered utility rates, and created jobs throughout the state.

It’s also important to understand that implementing renewable energy is rarely as easy as being a pro-clean energy state. Texas is in a unique situation when it comes to its energy infrastructure and, as a result, it faces fewer technical barriers than the rest of the U.S. when it comes to renewables. The U.S. energy grid is split into three different sections: the Eastern Interconnection, the Western Interconnection, and the Texas Interconnection. The Eastern and Western Interconnections each cover about half of the country as divided by the Rocky Mountains, and each connects the states on its respective side with transmission cables that span entire regions. However, the Texas Interconnection was built completely isolated from the rest of the country. The vast majority of the state has its own grid, called the Energy Reliability Council of Texas, or ERCOT, while the upper panhandle and El Paso have their own, smaller grid operators.

The independent nature of the Texas Interconnection is part of a long-standing battle to achieve independence from federal regulations. The 1935 Federal Power Act gave the Federal Power Commission regulatory oversight over all interstate electricity sales, so Texas avoided these regulations by designing its grid so that none of the power lines crossed state boundaries. While Texas does currently have two connections to the Eastern Grid and three connections to the Mexican grid, ERCOT has to this day managed to remain outside of Federal regulation.

This has a significant impact on the development and growth of energy within the state. Because the other 47 mainland states all exist on larger interconnections, each must undergo highly complex permitting systems if they desire to build a wind farm. A project will need to obtain permits from their municipal and state governments, but also from a number of outside entities. Those entities include its region’s Independent System Operator, the Federal Energy Regulatory Commission, the Environmental Protection Agency, the Bureau of Land Management, the United States Forest Service, the Interstate Highway System, the Department of Transportation, the Federal Aviation Administration–which is concerned with any structure over 200 feet tall that might obstruct planes–and many, many more. There are countless additional permits that any given project may also need to obtain based on its proximity to a wetland, the protected environment of a certain species, a national park or other form of federally owned land, or if the turbines could in some way interfere with the migratory patterns of birds.

Because the Texan grid is independent of the rest of the country, developers can avoid many of these national regulatory obstacles. Furthermore, even within the state, the permitting process is extremely streamlined. State environmental organizations, such as the Texas Parks and Wildlife Department, do not have oversight on wind farm projects that they would in other states. State, county, and local governments also have no regulatory power when it comes to wind siting; only the landowner and the developer are allowed to make a decision about where a wind farm is built. Texas’s incredibly deregulated electrical market makes it much easier to build a wind farm within the state than anywhere else in the country.

In April 2015, the Texas senate voted 21 to 20 on Senate Bill 931 to end the state’s Renewable Energy Portfolio, both removing the state’s target Renewable Energy Goal and ending the Competitive Energy Zone initiative. The bill is currently pending in the state House of Representatives where a final decision will be made on Texas’ Renewable Energy Portfolio. While many environmentalists see the vote as a major loss to the clean energy movement, Texas is already firmly set on its path toward increasing wind energy. The 1999 and 2005 Renewable Electricity Standards have allowed the industry to grow so dramatically that Texas has far surpassed its original renewable energy goal of 500 MW by 2025 and all of the transmission lines connecting cities to wind farms have already been constructed, making the Senate Bill 931 a largely symbolic victory for fossil fuel companies.

On December 20, 2015, wind turbines generated a record high of 40 percent of Texas’s energy for 17 hours of the day during a low-pressure wind front. This milestone not only indicates the extreme potential of wind within the region but also proves that the newly built transmission lines are capable of handling almost an entire day’s worth of wind energy without malfunction, contrary to the arguments of many fossil fuel advocates.

If Senate Bill 931 becomes law then it may have some impact on future state support of the wind industry; it also comes at an inconvenient time when Texas may have to further reduce its CO2 emissions under Obama’s Clean Power Plan. However, renewables are currently projected to continue to grow in Texas regardless of state support. Currently, wind energy projects constitute 70 percent of all new energy capacity in the state and ERCOT projects that wind will generate another 8600 MW by 2024. As of now, it looks like Texas will continue to remain a major player in the wind energy industry.

Texas has managed to become the nation’s leader in wind energy for two main reasons. The first of these reasons is that the center of America has incredibly high wind potential and Texas reaps the benefits of this in the northern section of the state. The second major reason is that there are fewer regulatory obstacles to building a wind farm in Texas than in the rest of the country, both because Texas exists on its own grid and because the state’s public agencies have very little control over private development. Despite the fact that Texas is led by many politicians who publicly oppose climate change and the fact that the state contributes a huge share of U.S. fossil fuel production, renewable energy still prospers in Texas because it is available, cheap, and easy to implement. While the proliferation of renewables in Texas is certainly positive, the fact that this success is reliant on an unorthodox combination of factors also puts into focus how difficult it is for the rest of the U.S., even for openly pro-environmental states, to achieve the same degree of success.

George Washington Journal of Energy & Environmental Law: Why is Texas the Leading State for Wind Power?

The Atlantic: How Green Energy Won Out over Fossil Fuels in a Red State

Texas Tribune: Why Does Texas Have its Own Power Grid?

Think Progress: How Texas Politicians are Ignoring the Climate Change that Could Hurt their State’s Economy