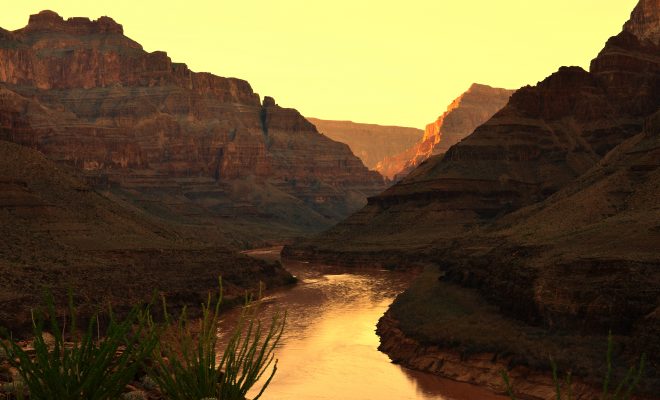 This Land is Your Land: Should Public Lands Be Privatized?

Public lands dot significant portions of America’s landscape from coast to coast. Managed by a variety of agencies, these lands and waters are home to diverse ecosystems and prime settings for recreational activities. With an immense amount of annual foot traffic and billions of dollars of revenue generated, public lands play a substantial role in American lives.

For decades, there have been debates over whether or not these lands should be turned over to the states or private organizations. Now changes could become a reality, as Capitol Hill is filled with lawmakers who support transferring millions of acres of public lands away from the federal government. But the consequences of such a transfer may have more negative impacts than positive, and many citizens feel that access to public land is an American birthright.

Background of Federal Lands and Agencies

The majority of public lands in the U.S. are held in trust by the federal government and managed by a variety of agencies. According to a 2014 report, the federal government owns roughly 640 million acres, which is about 28 percent of all the land in the United States. Four agencies own over 600 million acres of that land: the Forest Service, Bureau of Land Management (BLM), Fish and Wildlife Service, and the National Park Service. The lands are utilized primarily for recreation, preservation, and natural resource development.

President Benjamin Harrison established the National Forest system with 13 million acres and 15 forest reserves through the Forest Reserve Act of 1891, which gave the president power to set aside and reserve public lands. Conserving land for the people was a national priority, as was obtaining acknowledgement that forested areas needed special protection from the exploitation of natural resources. With 155 forests and 20 grasslands currently totaling over 191 million acres, these lands overseen by the United States Forest Service reach diverse populations and are extremely popular destinations for a variety of outdoor and recreational activities. According to a National Visitor Use Monitoring (NVUM) report, there were over 180 million visits made to National Forest sites in 2015.

The Bureau of Land Management

The BLM is responsible for managing 247.3 million acres of public land–one-eighth of all the landmasses in the country. From grazing permits to mining and coal leases, the agency administers 205,498 miles of fishable streams, 2.2 million acres of lakes and reservoirs, and 4,500 miles of National Scenic, Historic, and Recreation Trails in addition to multiple-use trails for recreation purposes. The BLM collects a significant amount of revenue from public lands. In 2016, the agency made $2 billion in royalty revenue from federal leases; the Outdoor Industry Association also estimates that $40 billion in federal tax revenue comes from the recreation industry on public lands.

The public trust doctrine is a long-standing principle that the government holds some lands in trust for public use, regardless of any private property ownership. Generally, this applies to land, water, and natural resources, such as beaches and navigable rivers. While the doctrine itself varies heavily from state to state, the public may fully enjoy any public trust lands, waters, and natural resources for a “wide variety of recognized public uses.” These rights became established in the U.S. after Illinois Central Railroad v. Illinois, an 1892 case that held that the government cannot alienate a public right to lands under navigable waters.

Additionally, the public trust doctrine puts a limit on private rights. A landowner may not alter their property in such a way that it would interfere with use of public land. Moreover, the doctrine specifically protects the land from misuse by the state. A state may not convey public trust lands if the conveyance could substantially impair public use of lands or waters. Thus, any move to privatize public lands may be in direct violation of the public trust doctrine, particularly if the sale would then impair the public’s use of such land or water.

The collective ownership of these lands, however, could possibly change if lawmakers continue down their current course. House Bill 3650, introduced to the House of Representatives in September 2015, directs the Department of Agriculture to “convey to a state up to 2 million acres of eligible portions of the National Forest System.” These portions of conveyed land will be administered and managed “primarily for timber production.” On June 15, 2016, the Natural Resources Committee voted to adopt H.R. 3650; it is currently awaiting the next stage in the lawmaking process.

Representative Jason Chaffetz of Utah introduced a piece of legislation at the end of January 2017 that was later dubbed the Disposal of Excess Federal Lands Act. In a press release for H.R. 621, Chaffetz claimed that 3.3 million acres of land maintained by the BLM “served no purpose for taxpayers.” If the bill passed, ten states were poised to lose federal land. However, he withdrew the legislation in February 2017 after facing harsh criticism from his constituents.

Despite the withdrawal of H.R. 621, Republican lawmakers still laid out a plan to give away roughly 640 million acres of land in early 2017. Lawmakers overwrote the value of federal lands by changing a single line of rules for the House of Representatives, making it easy to dispose of federal property–even if it ends up losing money for the government and there’s no compensation for American citizens. In essence, the change states that transferring public land to “state, local government or tribal entity shall not be considered as providing new budget authority, decreasing revenues, increasing mandatory spending or increasing outlays.” The land would be given to the states, and then could possibly be sold to private owners.

As a result, places like the Grand Canyon National Park and Minnesota’s Boundary Waters Canoe Area Wilderness, which are rich in uranium and copper respectively, may be up for grabs first. The oil-rich lands of the Arctic National Wildlife Refuge could also be vulnerable for sale. According to Alan Rowsome, the senior director of government relations for The Wilderness Society, it seems very likely that Alaska’s national lands will be open for drilling under a Republican-controlled House. Many western states are already taking the necessary actions to prepare for public land transfers.

First things first: critics fear that local governments with small budgets will not be able to manage the land once it is transferred to them by the federal government. In the summer of 2016, the Forest Service spent $240 million a week to fight forest fires, and the Department of Interior has estimated that the cost of deferred maintenance is around $11 billion. Over time, whenever federal land has been given to states, it has become less accessible. Between 2000 and 2009, Idaho sold off almost 100,000 acres of public land; in Colorado, citizens may only use 20 percent of state trust land for hunting and fishing.

Private ownership of public tracts of land has profound consequences, as it will probably affect land managed and regulated by conservation programs or private entities, likely reducing public access. Public access to National Forests contributes greatly to state economies; a report completed by the Outdoor Industry Association found that the outdoor industry directly impacts over six million jobs and contributes to $646 billion in outdoor recreation spending. The Outdoor Alliance, a nonprofit coalition of groups that support outdoor activities, has argued that any action to transfer lands to private hands is a “public land heist.”

A 2016 Harvard Kennedy School study, found that 95 percent of the American public believes in the importance of protecting national parks and 80 percent would be willing to pay higher taxes in order to do so. Such an overwhelming response certainly indicates that protecting public places is incredibly important to Americans.

While there is still time before these resolutions become law, plans to privatize our forests have been set in motion on numerous occasions. If Americans’ access is restricted and these lands are exploited for a profit, the primary purpose of establishing public lands for citizen use will disappear. In the famous words of President Teddy Roosevelt, champion of conservation and public lands, “I believe that the natural resources must be used for the benefit of all our people, and not monopolized for the benefit of the few . . . Conservation is a great moral issue, for it involves the patriotic duty of insuring the safety and continuance of the nation.”

Nicole Zub
Nicole is a third-year law student at the University of Kentucky College of Law. She graduated in 2011 from Northeastern University with Bachelor’s in Environmental Science. When she isn’t imbibing copious amounts of caffeine, you can find her with her nose in a book or experimenting in the kitchen. Contact Nicole at Staff@LawStreetMedia.com.
Share:
Related ItemsBLMfish and wildlife serviceNational ParksNVUMPublic Landpublic landspublic trust doctrineUS Forest ServiceUSFS