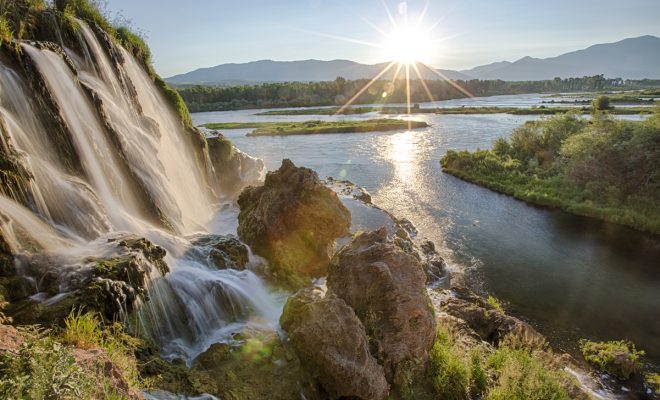 The Endangered Species Act: Should it be Modernized?

The Endangered Species Act (ESA) was created more than 40 years ago and is considered by many to be an overwhelming success. Rarely has legislation ever remained in its original state over several decades; however, in its long history, the ESA has only been amended four times (1978, 1982, 1988, and 2004), with the most substantial amendments occurring in 1978. Despite many political attempts to reform the act, it seems to be largely shielded from modifications.

Under a new administration, however, efforts to delist a particular species or otherwise weaken the standing law have gained significant strength. Despite the efficacy of the act, concerns over burdensome regulations and negative impacts on private property rights have many concerned that the ESA is not as streamlined as it needs to be. Hearings began in February 2017 to “modernize” the ESA, yet it is unclear exactly how “modern” this law will become.

History of the Endangered Species Act

The now-extinct passenger pigeon is largely responsible for the expansion of wildlife conservation efforts in the early 1900s. Once the most abundant bird in North America, the passenger pigeon’s sudden extinction (occurring in less than 50 years) captivated Americans who watched as the bird died out. Prior to the passenger pigeon, the whooping crane also garnered widespread attention when it began to disappear rapidly in the late 1890s, though it is still alive today.

The Lacey Act of 1900 was the first federal law to actually regulate commercial animal markets. The act made it unlawful to import, export, sell, acquire, or purchase any fish, wildlife or plants that are taken, possessed, transported, or sold in violation of any state or federal laws. That piece of legislation was later followed by the Migratory Bird Conservation Act of 1929 and the Bald Eagle Protection Act of 1940, which both met little opposition before being implemented.

Yet the official predecessor to what we now know as the Endangered Species Act was in fact the Endangered Species Preservation Act of 1966. Initially, this act provided a means of listing native species as endangered and afforded them limited protections. This also signified a shift from regulating the taking of an animal to focusing more on habitat conservation and preservation. “Taking” an animal is defined in Section 3 of the act and can occur via direct and indirect actions. In Babbitt v. Sweet Home Chapter of Communities for Greater Oregon, a Supreme Court case decided in 1995, the Court concluded that habitat modification can cause “harm” to a listed animal, thereby causing a “take.”

In 1973, President Richard Nixon sought to overhaul the current law and pass comprehensive endangered species legislation, which brought about the Endangered Species Act of 1973. Written by a team of lawyers and scientists, the new law incorporated dozens of new principles and ideas. Currently, the ESA’s stated purpose is to protect species and “the ecosystems upon which they depend.” The ESA is managed by both the U.S. Fish and Wildlife Service (FWS) and the National Oceanic and Atmospheric Administration (NOAA), which includes the National Marine Fisheries Service (NMFS). The FWS oversees terrestrial and freshwater organisms, while the NOAA handles marine species.

The Endangered Species Act Amendments of 1978 implemented some significant changes to the ESA. It attempted to “retain the basic integrity of the ESA, while introducing some flexibility which will permit exemptions from the act’s requirements.” One of the most important changes was the creation of the Endangered Species Committee, commonly known as the “God Squad.” The committee is composed of seven Cabinet-level members, and members have the authority to allow the extinction of a species–hence the nickname–by completely exempting a federal agency from Section 7 requirements (after prior consultation with the FWS and NOAA). To date, only the whooping crane and the northern spotted owl have been exempted from Section 7.

The primary goal of the ESA is to prevent the extinction of plant and animal life; an ancillary goal is to recover and maintain populations as much as possible by removing or thwarting threats to their survival. There are a few sections of the act that are considered to be the most powerful in their effect: Sections 4, 7, and 9.

To be listed, a species must meet one of the five criteria listed in Section 4(a)(1) of the act. The listing process is lengthy, involving multiple steps before a species is accepted. A species may be delisted, but only after the committee considers if the threats have been eliminated or controlled. This is based on several factors, including population size and growth, and the stability of habitat quality and quantity. Section 4 also requires the designation of a “critical habitat” within one year of a species being placed on the endangered list, though it normally occurs several years afterwards. A critical habitat includes geographic areas that contain features essential to the conservation of the species and that may need special management or protection.

Section 7 prohibits any actions that jeopardize the survival of any endangered or threatened species, as well as actions that could destroy or adversely modify critical habitats of listed species. The section requires all federal agencies to engage in the consultation process with the FWS or NOAA before engaging in any action that may threaten a listed species. Each federal agency is required under Section 7 to confer with the Secretary of the Interior on any action to ensure that such activities are “not likely to jeopardize the continued existence of any endangered species or threatened species or result in the destruction of or adverse modification of” designated critical habitats. As noted previously, the God Squad has the power to exempt a federal agency from this consultation process under Section 7, if they find no reasonable and prudent alternatives to the agency’s actions.

Lastly, Section 9 prohibits the “taking” of a listed species. It applies to both private and public actions, and applies whether a critical habitat has been designated or not. Section 9 also forbids possessing, selling, or transporting an animal that has been obtained by an unlawful “take,” as well as other prohibitions on imports, exports, and commercial activity. Section 3 of the act specifically defines a “take” as any activity that could “harass, harm, pursue, hunt, shoot, wound, kill, trap, capture, collect, or attempt to engage in any such conduct” a listed species. Harm can occur both directly and indirectly, even via certain habitat modifications.

Currently, there are a variety of species listed as threatened or endangered, including 374 mammals, 338 birds, 185 fish, and 138 reptile species, as well as many more insects, clams, snails, and others. The FWS also acknowledges that roughly 40 species on the list are robust enough in populations to be taken off the protected list. About one percent of the 2,000 species on the list have been delisted because they recovered from extinction.

Over the course of its history, the ESA has been nearly 100 percent successful at preventing listed species from going completely extinct. Its successes include the gray wolf, bald eagle, and American crocodile, which are all now thriving species. Very few laws in the U.S. can tout such a high success rate. Only 30 species have disappeared after being placed on the list; many scientists argue that adding species to the list earlier, far before they reach the critical state of endangerment, would add immensely to the ESA’s success.

What Does the Future Hold?

There is now a push to “modernize” the ESA, which defenders of the law contend is an effort to weaken or gut the act completely. Hundreds of bills, introduced primarily by Republican lawmakers, are now seeking to delist a species or somehow weaken the ESA, though most have been unsuccessful. However, the ideal environment to implement significant changes to the act appears to be brewing on Capitol Hill.

Those in favor of overhauling the ESA argue that it imposes too many far-reaching regulatory burdens, particularly on the agricultural industry. Lawmakers point out that the ESA has had a negative impact on drilling, logging, and mining, along with stifling economic growth in these industries. Moreover, private property rights are a concern since the ESA can impose restrictions on property owners’ use of their land because of a listed species. There are estimations that roughly three-quarters of species listed under the ESA reside on private land. One lawmaker recently stated that the act has “never been used for the rehabilitation of a species,” claiming that it has only been utilized to control land.

Still, opponents of any changes to the law argue that the Obama Administration began delisting species significantly, removing a record 29 species from the ESA–more than all previous administrations combined. Modernization of the ESA, environmentalists and activists state, is merely an effort to destroy “the nation’s premier and most effective wildlife conservation law.” Some states, like California, are moving to pre-empt any significant changes to the ESA by passing legislation that would add state-level protections for species that are currently listed as threatened or endangered under the ESA.

Few laws have ever been as successful as the ESA, which has an almost 100 percent success rate in strengthening the population of listed species. Species take decades to recover, hence the low number of animals delisted since the act’s inception. However, there are legitimate concerns about the act’s effect on industries and private landowners. Now, with a new political landscape, significant changes to the law may be on the horizon. What that means for the hundreds of species still extremely threatened or in severe danger of extinction, is still up for debate.

Nicole Zub
Nicole is a third-year law student at the University of Kentucky College of Law. She graduated in 2011 from Northeastern University with Bachelor’s in Environmental Science. When she isn’t imbibing copious amounts of caffeine, you can find her with her nose in a book or experimenting in the kitchen. Contact Nicole at Staff@LawStreetMedia.com.
Share:
Related ItemsEndangered Species Actfish and wildlife servicelisted speciesNational Oceanic and Atmospheric Administrationpassenger pigeon