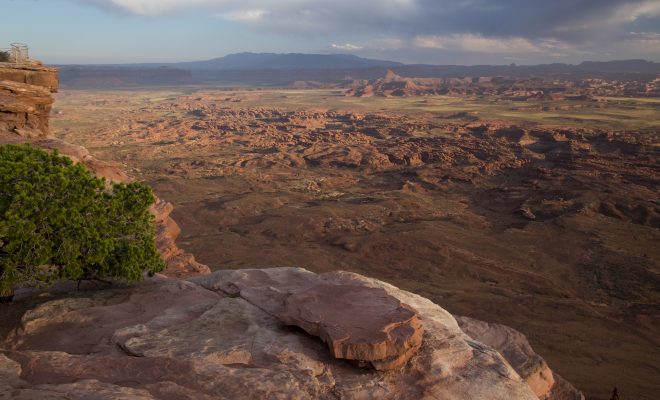 An Executive Order Without Justification: Attacking the National Parks

After President Trump signed an executive order last week, every national monument of 100,000 acres or more created since January 1, 1996, is under threat. At least 25 national parks and monuments established under Presidents Barack Obama, George W. Bush, and Bill Clinton will all be subject to review.

The Antiquities Act of 1906 has been used by presidents from both political parties to protect hundreds of millions of acres of land, but overnight, dozens of parks and monuments are now at risk. The parks under review include Bears Ears National Monument in Utah, Marianas Trench near Guam, and the Vermilion Cliffs in Arizona. Many of these parks are concentrated in the West and Southwest, but marine reserves in both the Pacific and Atlantic are also under threat. With a second executive order approving offshore drilling in previously protected areas signed last Friday, marine environments are in an especially precarious position.

Trump framed the national parks as a “massive federal land grab” and claimed to be giving power back to the states, but by gutting public land protections, he is opening the parks up to industries that they have long been protected from. If the acreage of national parks is reduced, the land will be available for drilling, mining, and logging. The argument for defending states’ rights is a transparent cover for promoting commercial interests.

Interior Secretary Ryan Zinke went so far as to state that Trump is concerned national parks result in the loss of jobs and reduced wages. This concern is based on zero evidence. The National Park Service helps add hundreds of thousands of jobs to the economy, which is why economists encouraged President Obama to frequently use the Antiquities Act while in office. In 2016, visitors to national parks spent an estimated $18.4 billion in local gateway regions (communities within 60 miles of a park). Hotels, campgrounds, restaurants, and bars flourish in areas around national parks. The parks are undeniably popular–hundreds of millions of visitors stream to them each year and the number of visitors has been rapidly rising for the past three years. States orient their entire tourism industries around their national parks and reap the benefits accordingly. For example, in Utah, national park tourism at the state’s 13 sites created $1.6 billion in revenue last year. It’s an interesting statistic considering that Utah Senator Orrin Hatch claims that President Obama abused the Antiquities Act and now supports Trump’s executive order.

If Trump truly believes parks are draining public funds, then he should be attacking the private vendors that monopolize concessions and merchandising within the parks. If he really sees designating parks as an individual state’s responsibility, he should have placed state governments in charge of the review, not Ryan Zinke. If Trump truly cared about parks having a negative impact on the economy, he should have established a review of park spending, not a review of the parks’ existence. Disbanding the parks is not a bold move to cut government spending or limit the authority of the federal government–it’s a transparent power grab from the private companies that Trump is beholden to.

Jillian Sequeira
Jillian Sequeira was a member of the College of William and Mary Class of 2016, with a double major in Government and Italian. When she’s not blogging, she’s photographing graffiti around the world and worshiping at the altar of Elon Musk and all things Tesla. Contact Jillian at Staff@LawStreetMedia.com
Share:
Related ItemsEnvironmentExecutive OrderNational MonumentsNational Parksoffshore drillingParksPreservationTrump