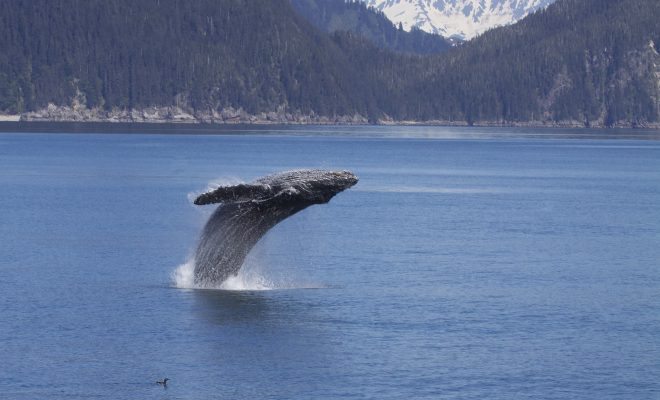 Government vs. Environmentalists: Who is Protecting Marine Wildlife?

Imagine the military visiting your hometown for special training exercises. Their activities wipe out your cell signal and keep your car from starting. Their exercises make so much dust and noise, you can’t hear, see, or think straight for days.

Probably not. Yet marine mammals have suffered equivalent disruptions to their daily lives during naval exercises for decades. The active sonar used in training exercises interferes with their primary guiding sense of hearing and causes them to flounder during simple tasks like feeding or navigation. As the exercises grow in size and sophistication, so does the extent of the damage they cause. Since marine mammals can’t defend themselves, several environmental organizations stood up to the government agency that’s supposed to defend them. Here’s what happened when environmentalists took on the government to save the whales, dolphins, sea turtles, and other marine animals.

The Navy strives to “maintain, train, and equip combat-ready Naval forces capable of winning wars, deterring aggression, and maintaining freedom of the seas.” The Navy makes sure it is capable of winning wars through training exercises, often called “war games.” Last year, the Navy planned a series of trainings classified as “military readiness activities” to occur over the next five years in the Hawaii-Southern California Training and Testing (HSTT) study area. A major downside of the trainings? They use active sonar that could potentially kill and injure the marine mammals living in the HSTT region.

Using active sonar just means you’re shooting sounds, called pings, into the water to listen for echoes. Sonar stands for “sound navigation and ranging” because the echoes returned from the pings help people and animals find and navigate around objects in their path. You can’t control the path of a ping; under water they spread out in ripples, touching everything in a given radius. This can get really noisy, really fast, as illustrated by this abstract rendition of sonar below.

Marine mammals have evolved with an attuned sense of hearing that enables them to navigate through the murky undersea world, communicate with other animals, and even find food. Hearing is a marine mammal’s primary survival tool. So when military sonar pings rocket through the waves every few seconds, marine mammals can’t perform the most basic functions of life. Ships with sonar cause whales to stop eating and migrating like they should. If the animals get too close, sudden sounds can damage their life-giving hearing permanently and they could be perpetually disoriented forever. For humans, this would be like trying to walk, talk, and drive with continuously fogged-up glasses.

Even the vibrations from the sounds can cause damage under water. You know how the sound of many live drums can make it seem like your whole body is vibrating? Now imagine that times ten. When you hear on land, only your eardrums vibrate. Under water, sound waves rattle and penetrate your entire body. Intense noises–like those used in the naval trainings–can cause deadly hemorrhaging in marine mammals as powerful sounds penetrate their bodies.

This video shows how whales react to the screeching sounds of Navy sonar. They cluster closer to shore, stop diving for food, and change their swimming directions erratically. Some whales even beach themselves in an effort to escape the piercing sounds.

The Navy has been using active sonar in its trainings for years and environmental groups have fought it for almost as long. Past court rulings weighed the need to protect the public over the life of marine mammals. However, the Navy’s latest planned trainings in the HSTT area pushed the marine mammal death toll past levels evaluated in the past. The new exercise plan would include 500,000 hours of sonar, in other words, 500,000 hours of possible damage to marine mammals. According to this Washington Post article, the Navy’s own damage estimate stated 155 animals would die, 2,000 would be permanently injured, and 10 million would have their lives disrupted by the exercises. The Natural Resources Defense Council says this marks an 1,100 perecent increase when compared to other trainings from the past five years.

Armed with new facts and figures, the Natural Resources Defense Council, Cetacean Society International, the Animal Legal Defense Fund, and the Pacific Environment and Resources Center* brought forward a new lawsuit they hoped would succeed where similar efforts had failed in the past. Their case was named Conservation Council for Hawai‘i et al. v. National Marine Fisheries Service et al.

The plaintiffs didn’t go after the Navy itself, but the regulatory agency that approved the Navy’s training plan, the National Marine Fisheries Service (NMFS). Here’s a snippet from their mission page:

The Marine Mammal Protection Act prohibits the “take” (defined as “to harass, hunt, capture, or kill, or attempt to harass, hunt, capture, or kill) of marine mammals. When the Navy planned its new training exercises, it had to apply for an exception to this rule through NMFS. Their application outlined the potential death and injury counts, but the NMFS deemed those losses negligible. The attorneys on the case countered that the NMFS evaluation of the marine life damage neglected to grasp and acknowledge the full extent of potential damage caused by the Navy trainings.

The Endangered Species Act (ESA) calls for the government to protect endangered and threatened species. According to the Environmental Protection Agency, the “ESA requires federal agencies to ensure that any action they authorize, fund, or carry out, will not likely jeopardize the continued existence of any listed species, or destroy or adversely modify any critical habitat for those species.” Attorneys said the NMFS clearly neglected their duties under the ESA as many of the marine mammals found in the Navy’s massive HSTT study area are endangered.

U.S. District Judge Susan Oki Mollway ruled the NMFS had fallen short of its legal obligations to marine mammals by approving the Navy’s proposed training plan. She called the NMFS decision to refer to marine mammal damages from the naval exercises negligible, “arbitrary and capricious” and in violation of the Marine Mammal Protection Act. She also confirmed NMFS’s violation of the ESA, as eight of the thirty-nine marine mammal species living in the HSTT study area are endangered.

While the ruling affirmed the charges brought against the NMFS, specific remedies won’t be decided for the next few months. The decision marks a battle won, but it’s not quite the end of the war.

The Natural Resources Defense Council released a statement from case attorney Zak Smith, summarizing what it hopes to get from the case:

The Navy has solutions at its disposal to ensure it limits the harm to these animals during its exercises.  It’s time to stop making excuses and embrace those safety measures.

Environmental groups aren’t asking for a complete cease and desist of all naval trainings involving active sonar. They’re just demanding the military use some of its extensive resources to develop safety measures to mitigate marine mammal damage. One option would be decreasing the test area size. Right now, the HSTT test area covers about 2.7 million square nautical miles, an area about the size of the entire United States. Another option is taking particular care to avoid areas where animals might be mating, giving birth, or feeding.

In the video above, Ken Balcomb from the Center for Whale Research says the Navy just needs to learn when and where to practice. He says just as the government would not test nuclear weapons in a crowded downtown area, they should not test active sonar in oceans teeming with delicate and endangered wildlife. For now, environmental groups remain optimistic that trainings and marine mammals can coexist safely.

One Earth: A Silent Victory

Smithsonian Ocean Portal: Keeping An Ear Out For Whale Evolution

Ashley Bell
Ashley Bell communicates about health and wellness every day as a non-profit Program Manager. She has a Bachelor’s degree in Business and Economics from the College of William and Mary, and loves to investigate what changes in healthy policy and research might mean for the future. Contact Ashley at staff@LawStreetMedia.com.
Share:
Related ItemsDolphinsEnvironmental Protection AgencyEPAMarineMarine AnimalsMarine MammalsMarine WildlifeNatural Resources Defense CouncilNRDCWhales