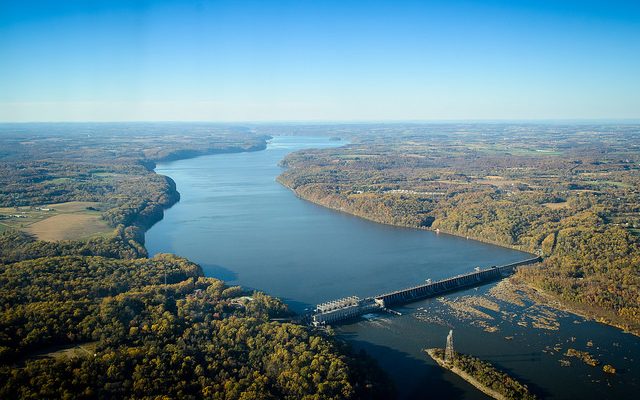 The Environmental Protection Agency and the Army Corps of Engineers are moving forward with plans to repeal the Clean Water Rule, an Obama-era water pollution regulation that’s long been on the Trump Administration’s chopping block.

The Obama Administration signed the Clean Water Rule in 2015, extending existing pollution protections of larger bodies of water under the Clean Water Act of 1972 to include all “navigable waters,” including smaller bodies such as rivers, streams, and wetlands. Opponents of the rule included farmers who claimed it infringed on their property rights. President Donald Trump signed an executive order in February to review that rule.

“It is in the national interest to ensure that that the Nation’s navigable waters are kept free from pollution, while at the same time promoting economic growth, minimizing, regulatory uncertainty, and showing due regard for the roles of the Congress and the States under the Constitution,” the order read.

The Clean Water Rule provides for the protection of about 60 percent of the nation’s bodies of water. EPA Administrator Scott Pruitt said by rescinding the rule, the government will restore power to states, farmers, and businesses.

“We are taking significant action to return power to the states and provide regulatory certainty to our nation’s farmers and businesses,” Pruitt said in the EPA’s announcement. “This is the first step in the two-step process to redefine ‘waters of the U.S.’ and we are committed to moving through this re-evaluation to quickly provide regulatory certainty, in a way that is thoughtful, transparent and collaborative with other agencies and the public.”

Pruitt released a proposal Tuesday that would rescind the Clean Water Rule and revert regulations to the language in the Clean Water Act prior to the 2015 definition of “waters of the United States” or WOTUS.

Environmentalists opposed the Trump Administration’s rescission of the rule. Without regulations, they said, the nation’s water would be threatened by pollution. John Rumpler, senior attorney and clean water program director at Environment America, spoke out against the EPA proposal.

“Repealing the Clean Water Rule turns the mission of the EPA on its head: Instead of safeguarding our drinking water, Scott Pruitt is proposing to stop protecting drinking water sources for 1 in 3 Americans,” Rumpler said. “It defies common sense, sound science, and the will of the American people.”

Clean Water Action President and CEO Bob Wendelgass also released a statement, saying that the only people who stand to gain from the Clean Water Rule repeal are special interest groups.

“The Clean Water Rule is essential to public health,” Wendelgass said. “It is vital to communities that rely on healthy wetlands and streams to power small businesses and provide drinking water. We’re not going to protect clean water by ignoring science and common sense. Americans understand that–yet President Trump and Scott Pruitt don’t seem to.”

Marcus Dieterle
Marcus is an editorial intern at Law Street. He is a rising senior at Towson University where he is double majoring in mass communication (with a concentration in journalism and new media) and political science. When he isn’t in the newsroom, you can probably find him reading on the train, practicing his Portuguese, or eating too much pasta. Contact Marcus at Staff@LawStreetMedia.com.
Share:
Related ItemsClean Water ActClean Water ActionClean Water RuleEnvironment AmericaEnvironmental Protection AgencyObamaScott PruittTrumpWater Pollution