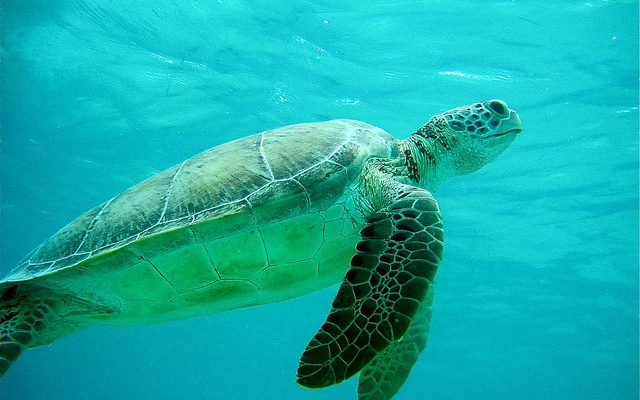 Oceana is challenging the Trump Administration’s withdrawal of a proposed Obama-era rule that would have limited the number of protected marine animals that could be “incidentally captured” by drift gillnets. Oceana, a non-profit ocean conservation and advocacy organization, filed a lawsuit in the U.S. District Court in Los Angeles on July 12 against the U.S. Secretary of Commerce Wilbur Ross, the National Oceanic and Atmospheric Administration (NOAA), and the National Marine Fisheries Service (NMFS).

In 2015, the Pacific Fishery Management Council introduced a proposal for hard caps, or limits, on the number of injuries or deaths of nine protected species allowed during a rolling two-year or four-year period.

The Obama Administration published a proposal of how to implement the caps in October 2016 that would temporarily close a thresher shark and swordfish drift gillnet fishery in California if that fishery reached the cap. According to NOAA, gillnets are walls of netting with holes that fish can fit their heads through, but not the rest of their bodies. When the animal tries to back out, their gills get caught on the net. The more the animal struggles to free itself, the more it becomes entangled in the netting.

In addition to the swordfish that are intentionally being fished off the coast of California, the nets also accidentally trap marine animals that are considered “protected species.” The regulation would have protected fin, humpback, and sperm whales; leatherback, loggerhead, olive ridley, and green sea turtles; short-fin pilot whales; and bottlenose dolphins. However, the Trump Administration withdrew the proposal in June after the NMFS decided that the proposed changes “are not warranted at this time.”

Oceana released a statement on July 13 regarding the lawsuit. It said the proposed rule would have been an opportunity for the fishery to reduce “bycatch,” or species being caught inadvertently, and adopt “cleaner fishing methods” such as deep-set buoy gear or harpoon gear. Oceana attorney Mariel Combs said in the statement that “the withdrawal of this important protection … is plainly illegal.”

“Drift gillnets are a dirty and unsustainable way to catch swordfish,” Combs said. “Incremental steps, like limits on bycatch, are important tools to help move toward cleaner fishing. The Fisheries Service has supported these measures in the past, and its change of course is both disappointing and illegal.”

This isn’t the first time the Trump Administration has reversed some of the Obama Administration’s environmental decisions. In June, six environmental conservation groups sued the Environmental Protection Agency for suspending Obama-era regulations that limited leaks of harmful toxins during oil and gas production.

Marcus Dieterle
Marcus is an editorial intern at Law Street. He is a rising senior at Towson University where he is double majoring in mass communication (with a concentration in journalism and new media) and political science. When he isn’t in the newsroom, you can probably find him reading on the train, practicing his Portuguese, or eating too much pasta. Contact Marcus at Staff@LawStreetMedia.com.
Share:
Related ItemsCaliforniadrift gillnetsEnvironmental Protection AgencyMarine LifeNational Marine Fisheries ServiceNational Oceanic and Atmospheric AdministrationOceanaprotected speciesU.S. District Court in Los AngelesU.S. Secretary of Commerce Wilbur Ross