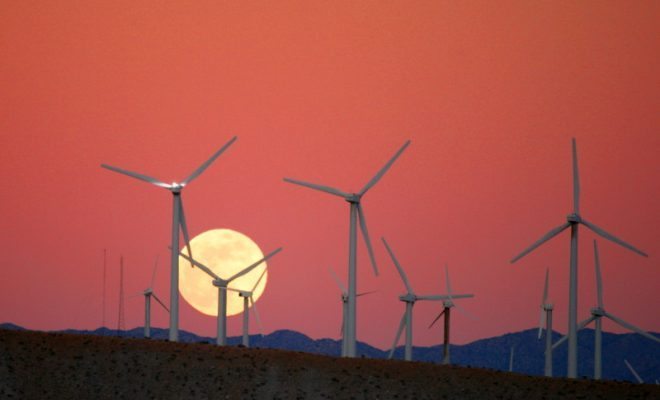 Going Green: The Future of Renewable Energy is Getting Brighter

The precipitous decline in the price of crude oil and its effect on the stock market have caught the interest of the energy community, Wall Street, and the American public. What may be lost in all this is that even while oil prices plummet, renewable energy sources are closing the gap and becoming increasingly affordable thanks to a combination of things such as improved infrastructure and beneficial policies, just to name a few. In fact, renewable energy’s recent success even got a mention in President Obama’s final State of the Union address. This article will look at how renewable energy turned the corner and has become a beacon of light for the future of American power.

The outlook for renewable energy has improved significantly in the United States. President Obama noted in his State of the Union Address, “in fields from Iowa to Texas, wind power is now cheaper than dirtier, conventional power.” While the validity of this quote only applies to select places and not the entire nation, the fact that it has any truth behind it at all is a sign of major change.

Wind power, in particular, has seen massive growth in the past few years. Last December, wind energy production passed the 70 gigawatts threshold. To put this in perspective, this means that the power generated from wind can supply 19 million homes. The leap forward in production is the result of a combination of events, including the expansion of wind infrastructure. Wind power now has 50,000 working turbines in 40 different states and Puerto Rico. It is also thanks to tax credits, namely the Renewable Energy Production Tax Credit, which was extended after a brief lapse as part of the latest budget. This increase had led to a drastic decrease in the price of wind power, dropping 66 percent from 2009 levels. It has also meant a large jump in its share of the energy market going from less than 1 percent in 2007 to between 4.5 and 5 percent this year. The U.S. Department of Energy predicts that wind’s production and share of the energy market will increase dramatically in future.

Like wind power, solar power has grown rapidly over the past few years. According to the Solar Energy Industries Association, solar energy provided 40 percent of all new electrical generating capacity in 2015. This growth has translated into 22,700 megawatts of capacity, or enough to power 4.6 million American homes. As a result, the price of solar installations have dropped 73 percent since 2006 and 45 percent for residences since 2010. Much of that decrease in cost has been fueled by the Investment Tax Credit, which took effect in 2006 to help promote growth in the renewable energy industry.

Wind, solar, and to a lesser extent hydroelectric, get most of the attention, but when it comes to production, biomass is the leader in terms of energy output. This may come as a surprise because exactly what biomass is can be somewhat confusing. The way that it has garnered such a share of the market is largely through ethanol fuel, which in 2013 made up 43 percent of all fuel used in the United States. In fact, that the same year, biomass made up nearly half of all non-renewable energy used–twice as much as the second highest, hydroelectric power. This notion that biomass is the leader in renewables should not be particularly surprising because for most of human history, biomass, namely wood, was used primarily for energy, with the conversion to coal only coming fairly recently. But it is important to note that while most renewable energy sources are touted as environmentally friendly, biomass energy sources are not completely carbon neutral.

Another growing renewable power source is geothermal energy. The United States has approximately 3,000 megawatts of geothermal generating capacity, but it accounts for less than 1 percent of the total U.S. energy output. Growth in geothermal has been relatively slow in recent years, although scientists argue it could be a major source of electricity in the future.

The video below explains how the different types of renewable energy work:

On the Federal Level

Starting at the federal level, there are a number of programs and regulations in place to monitor and encourage the growth of renewable energy. One example is the Federal Energy Management Program, which aims to reduce emissions by government vehicles and in government buildings. The Environmental Protection Agency also has a number of programs in place to reduce emissions, conserve the environment, and encourage the use of renewable energy. One is the Green Power Partnership, which provides free advice, training, and support to companies who want to better utilize renewable energy. Another is the Landfill Methane Outreach Program, which seeks to protect the environment, helping landfills reduce emissions and capture methane for use as a renewable energy source. The EPA’s AgStar program also promotes the recovery of methane, this time from animal feeding areas. Lastly is RE-Powering America’s Land, which encourages developing renewable energy projects on the sites of previously contaminated areas.

There are also a number of beneficial policies at the state level. Some of the most significant state-level policies are Renewable Portfolio Standards, which require utility providers to provide a certain percentage of renewable energy to their customers. These standards help encourage the growth of renewable energy and allow for a more localized approach to setting requirements.

Public Benefits Funds for Renewable Energy create a pool of money to invest in renewables. The funds are supported by a special charge on customers’ energy bills and can help encourage local renewable production. Output-Based Environmental Regulations define limits on how much energy can come from any one source. In doing so, states can encourage utilities to expand their energy portfolios to provide electricity from new sources. Many states also have Interconnection Standards to help ensure that new energy sources have easy access to the electrical grid. Another policy that is particularly rewarding is Net Metering, which allows customers who have a renewable system in place, like rooftop solar panels, to be paid for any energy they provide back to the power grid. The combination of interconnection standards and Net Metering helps make it cost-effective for homeowners to adopt sources of renewable energy. Along similar lines are Feed-in-Tariffs, which force electrical companies to pay a premium to individuals that provide renewable energy to the grid.

The Future of Renewables

With all the growth in renewables, it is not surprising that the future looks very green. The U.S. Energy Information Administration projected that renewable energy will be the fastest-growing energy source through 2040. Additionally, while the industry still relies on tax credits, it seems on the verge of weaning itself off of them, as growth in renewable energy has caused some renewables to be competitive, if not cheaper, than fossil fuel sources in some parts of the United States. Companies are also on the verge of improving storage solutions, which is one of the major problems with solar and wind energy currently. The accompanying video looks at the future of renewable energy:

It is no surprise then, that according to a Renewable Electricity Futures Study, renewable energy could provide as much as 80 percent of all U.S. electricity by 2050. In the process, this transformation will have significant benefits for the climate, economy, and public health. By switching to these forms of energy production, the United States will also see a drastic reduction in its water consumption because large quantities of water are currently needed to cool traditional power plants.

The efforts supporting renewable energy will likely benefit from last year’s Paris Climate Conference. During the conference, nations across the world vowed to reduce emissions and invest more in renewable technology in an effort to prevent the planet’s temperature from rising 2 degrees Celsius. The following video looks at the specifics of the Paris Climate Conference and its impact on the future of renewables:

While renewable energy sources are growing and expanding, it is still not full steam ahead–even renewables come with caveats. The main issue currently is cost and investment. While wind and solar are thriving, they are doing so with the help of generous tax breaks. While many applaud the growth of solar power, supporters also warned that growth could start to decline if tax breaks do not continue. There are many examples of failed renewable energy companies. Perhaps the most notorious example is Solyndra, a solar panel installation company, which was given a $535 million loan by the Department of Energy, but ended up defaulting. There other examples too, including Abound, a solar company, and Fisker, an electric car company.

The many forms of renewable energy production have their own challenges. Hydroelectric power, for example, is very useful but few, if any, new projects have been planned for the future. Biomass also has accompanying issues, namely that production requires valuable land and resources to grow the corn used in ethanol, which could potentially be better used to grow crops for food. Plants burning biomass may also produce more pollution than traditional energy plants that burn coal or natural gas. Even solar and wind, while not nearly as hazardous to the local environment, are have trouble storing any energy produced in excess of existing demand.

Production from renewable energy sources has seen dramatic growth in recent years and estimates suggest that growth will only continue, if not speed up. But despite the recent success of the renewable energy industry, as oil prices remain low money could easily move back toward traditional sources power. Yet doing so would almost certainly be bad for business–the decline in oil’s price is not the sign of a prosperous future, but a perilous one. Renewable energy sources are growing quickly and are already becoming competitive with traditional, dirty sources of electricity. Even much-publicized failures are showing signs of improvement–the Department of Energy’s loan program, which gave the infamous Solyndra loan, is now turning a profit from interest.

Renewable energy certainly has many hurdles to jump through as far as environmental impact, scale of production, and effective storage. The industry will also need to become less dependent on tax breaks, though signs of that are already emerging. If state and federal programs continue to support the growth of new energy sources, the United States may be able to meet its goals for renewable energy production in the coming decades.

The Break Through: Growth of Biomass far outstrips Growth of Solar and Wind

Union of Concerned Scientists: Renewable Energy Can Provide 80 Percent of U.S. Electricity by 2050

The Huffington Post: The Paris Climate Conference is Over, but the Renewable Energy Transformation Has Kicked Into High Gear

Michael Sliwinski
Michael Sliwinski (@MoneyMike4289) is a 2011 graduate of Ohio University in Athens with a Bachelor’s in History, as well as a 2014 graduate of the University of Georgia with a Master’s in International Policy. In his free time he enjoys writing, reading, and outdoor activites, particularly basketball. Contact Michael at staff@LawStreetMedia.com.
Share:
Related ItemsElectricityEnergyEnvironmental ProtectionGlobal WarmingParis Peace ConferenceRenewable EnergySolar Power