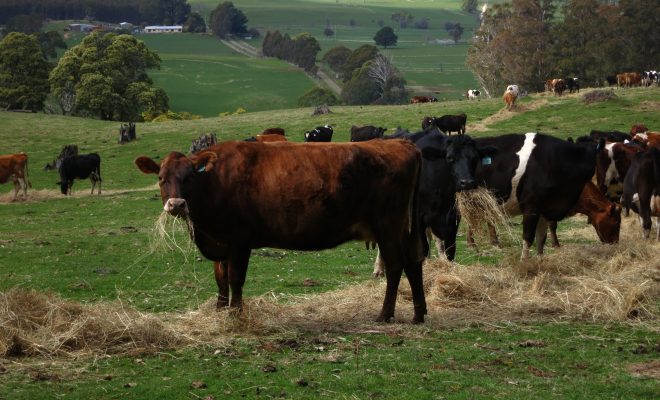 Environmental taxes and “ecotaxes” are not a new phenomenon. Proponents of sustainability have advocated for environmental-impact taxes for a variety of products and activities. By requiring a tax, the goal is to drastically change behavior and encourage a more “green” lifestyle. Until recently, no significant research had been completed to determine the global environmental and health impacts of an environmental tax on food. Now, the journal Nature Climate Change has published the first global analysis of such a tax. Read on to learn more about these taxes.

Environmental taxes, or “ecotaxes,” are taxes on products or activities that are considered harmful to the environment. One of the central goals of a more “green” economy is having prices reflect the true cost of certain activities. The purpose of ecotaxes is to change people’s behavior and promote environmentally-friendly activities. Because the free market fails to address environmental concerns and sustainability, ecotax policies are meant to force the market to consider environmental impacts.

These policies are known as the “green tax shift.” Examples of these taxes include carbon taxes, waste disposal taxes, and taxes on pollution and other hazardous wastes. Generally, ecotaxes can fall into two distinct categories: revenue-motivated and incentive-motivated. Revenue-motivated ecotaxes are designed to actively change behavior by putting or increasing taxes on products or activites that are deemend harmful to the environment. Incentive-motivated ecotaxes instead take a different approach, offering tax credits and relief in exchange for consumers engaging in more environmentally-friendly behavior.

Currently, many products externalize environmental costs. This means that prices are placed at an artificially low value on non-renewable resources. Effects on the air, water, and soil are not taken into account when determining the price of a product. Thus, ecotax reform encourages internalizing these costs, so the long-term environmental consequences of economic activity are not completely ignored.

Curbing climate change is of the utmost importance as the world moves further into the 21st century. At the forefront of mitigating the damaging effects of climate change is the agriculture industry. Perhaps what’s even more critical than regulating agriculture as a whole is focusing efforts on the meat and dairy industries. The global livestock industry contributes more greenhouse gas emissions than cars, planes, trains, and ships combined, though most people still mistakenly believe that transportation is the biggest contributor to climate change.

Changing consumer perception regarding meat consumption, however, is a difficult task to complete. Researchers and scientists across the world agree that changing dietary habits is crucial to curbing climate change. In a landmark report from the Intergovernmental Panel on Climate Change from 2014, researchers found that dietary changes have the ability to substantially lower emissions, despite very little global action to achieve those goals. Many calls to reduce meat consumption have been met with controversy and significant pushback.

Also, the rising demand for meat across the globe, including rapidly increasing meat consumption from heavily-populated countries such as China, may push climate change over the tipping point. Thanks to a rising population and more affordable meat prices, these products are being consumed at a higher rate than ever before. Recent peer-reviewed studies have shown that agricultural emissions will take up the world’s entire carbon budget by 2050, meaning every other industry like transportation and energy would have to be zero carbon.

An Environmental-Impact Tax on Food?

A study recently published in the journal Nature Climate Change states that if taxes were applied to food products based on the environmental impacts of their production, the environmental costs of agricultural activity could be substantially lowered. Specifically, climate taxes on meat and milk could lead to vital cuts in carbon emissions. The study is the first of its kind; the first global analysis of both the environmental and health impacts of a greenhouse gas on food.

The study runs through the environmental impact of each food type, figuring out the tax required to compensate for damage caused. Beef has the largest footprint, due to deforestation and massive methane emissions. Taxes of 40 percent on meat and 20 percent on milk would be substantial enough to account for the damage the production of these products causes people through climate change, the authors contend. Additionally, increasing the price of beef by 40 percent would likely result in a 13 percent drop in consumption. Some other taxes needed to compensate for climate change are 15 percent on lamb, 8.5 percent on chicken, 7 percent on pork, and 5 percent on eggs. Vegetable oil would require a 25 percent tax increase, but mostly because the initial price of the product is very low.

Some countries are already considering environmental impact taxes on food products. Denmark is one country that has already considered implementing a tax on red meat to fight climate change. The Danish Council of Ethics has recommended a tax on beef this year, coming to the conclusion that “climate change is an ethical problem.” Denmark views climate change as a direct threat to the country. Since it can’t rely on ethical consumers, it believes society must send a clear message regarding climate change through regulation.

The authors also took their study one step further, assessing the optimum tax arrangement for both emissions and health. After examining different tax regimes, the authors determined that the ideal policy would combine these taxes with subsidies for food, specifically healthy food such as fruits and vegetables. Moreover, maintaining a broad tax coverage–meaning many countries adopt such policies–would have the most beneficial effects.

This tax plan would reduce emissions by 1 billion tonnes a year, which is the total of the global aviation industry. The researchers were also surprised by the ability to cut emissions on such a massive level, especially when looking at the heavy impact of the dairy industry. Successful food tax policies take money generated through higher taxes and use the revenue for positive outcomes. Here, researchers advocate for utilizing tax revenue to ensure people can afford healthier diets.

Many of the products that could have the greatest climate change impact also tend to be products that should be consumed in limited quantities. In the U.S., people on average consume three times the recommended amount of meat products, likely due to the relative ease of accessibility as well as a penchant for meat and dairy products. The most deadly and widespread diseases, such as heart disease, strokes, and cancer, may be curbed immensely by reducing meat and dairy consumption. Just last year, the World Health Organization classified processed meat as a carcinogen, while simultaneously classifying red meat as a probable carcinogen–specifically colorectal cancer. Thus, this new published research even noted that imposing an environmental impact tax on food products could end up saving more than half a million deaths each year in the U.S., Europe, Australia, and China. Saving significant money on health costs is a distinct possibility through these policies, as healthier diets would be both encouraged and subsidized.

Environmental impact taxes on food products are certainly controversial, just as the highly-debated soda taxes being implemented across the U.S. have been over the past few years. However, changing habits and behavior simply through marketing and advertisements can be nearly impossible to do. Public sensitivity regarding food choices has led to very few changes in how food is produced and consumed. Sometimes, financial incentives can be the ideal method for encouraging better and more responsible consumption.

As the global population increases, feeding the world will likely become a more daunting task. Currently, many food and tax policy issues are tied up in political knots, with governments hesitant to interfere in what is viewed as more “personal” choices. The powerful sway the food and agriculture lobbying industry has in shaping food policy cannot be ignored either. Additionally, this new research was not all positive, as there are potential negative impacts of adopting such tax regimes. Reductions in food availability and security is a possibility but could be mitigated by tailoring tax plans to each region of the globe.

For now, environmental impact taxes on food may just be an idea rather than a reality. Such policies would impact more than just climate change, they would impact human health as well. Scientists and researchers across the globe seem to be coming to the same conclusion: to have a substantial impact in reversing climate change, dietary changes are essential to keep global warming below two degrees Celsius. This is a burgeoning field of research in both food and tax policy areas, but the current results are certainly compelling.

Nicole Zub
Nicole is a third-year law student at the University of Kentucky College of Law. She graduated in 2011 from Northeastern University with Bachelor’s in Environmental Science. When she isn’t imbibing copious amounts of caffeine, you can find her with her nose in a book or experimenting in the kitchen. Contact Nicole at Staff@LawStreetMedia.com.
Share:
Related ItemsAgricultureBeefClimate ChangeDairyecotaxenvironmental impact taxfood policyred meatTax PolicyTaxes