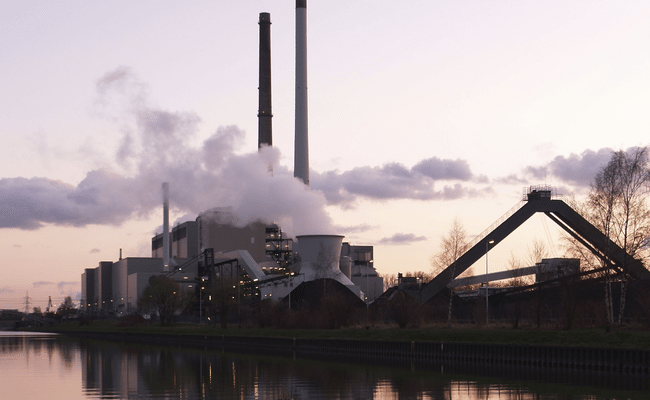 Cap and Trade: The Solution to Climate Change?

While debate still surrounds issues involving climate change, scientists have agreed that global carbon emissions must begin to be reduced by the year 2020 in order to avoid the worst effects of climate change. Unsurprisingly, however, this agreement has spawned new debates concerning what to do about it. One solution that has gained political momentum in the past decade is a process commonly referred to as “Cap and Trade”.

What is Cap and Trade?

Cap and Trade, as one might surmise from its name, is a two-step system that attempts to definitively lower carbon emissions and provide an incentive for carbon-reducing technological innovations. In step one, a governing body (be it state, regional, federal, or global) sets a maximum limit of carbon emissions for all participating entities that is a certain degree lower than current emissions. Each year this cap will be gradually reduced until the coalition meets its reduction goal in x amount of years. Simple enough.

Step two involves quantifying the carbon emissions allowable under the cap into carbon credits or permits. Each permit would represent a definable amount, such as one ton of carbon emitted. These credits would then be distributed amongst polluting entities such as factories, refineries, companies, and others, forcing these entities to pollute no more than the amount of carbon credits they possess. If a company comes in under their pollution amount, they can sell their excess credits to carbon brokers or to other companies for a profit. In this way, the trade system incentivizes technological innovations that reduce carbon emissions and the companies that invest in them. In turn, companies that are in danger of exceeding their given amount or are in the process of implementing long-term carbon reduction plans, the results of which would not be seen for a number of years, will purchase carbon credits so as not to exceed their limit. The ability to purchase credits off the carbon market allows for flexibility in the way polluting entities choose to reduce their emissions. Overall, there are only as many credits as the cap allows, and as the cap is incrementally reduced each year, companies will gradually receive less credits, ensuring carbon emissions are reduced annually until a specific goal is reached.

What are some examples of Cap and Trade programs?

Cap and Trade systems exist at different levels of government and have been created for pollutants other than carbon. The 1990 amendment to the Clean Air Act, which created a permits program for sulfur pollution in an attempt to improve air quality, is seen as one of the earliest of these programs and is often hailed by advocates as a successful Cap and Trade program. However, carbon is the principal greenhouse gas affecting climate change, and proponents of Cap and Trade claim that this program can be adapted for carbon as well as a number of other pollutants.

The 1997 Kyoto Protocol, an international treaty to reduce greenhouse gases, implemented the Cap and Trade system as part of its global approach to emissions reductions. The trading program is operated by the United Nations and binds 37 industrialized countries to global emissions reductions, using several carbon emission trading schemes to accomplish the task. The global carbon market is unfortunately, to a degree, at the mercy of global politicians as they attempt to negotiate a post-Kyoto program, with the first commitment period having ended in 2012. Also at the international level, the European Trading System is a carbon Cap and Trade system created in 2005 and run by the European Union. This trading program is factory-based and distributes its emissions credits to individual companies, factories, power plants, etc. Because of this, the European Trading System is the largest Cap and Trade system in the world, incorporating more than 11,000 individual entities in 31 countries.

At the state and national levels, New South Wales and New Zealand have Cap and Trade emissions reduction systems, created in 2003 and 2009, respectively. Additionally, China plans to establish a nation-wide Cap and Trade system in 2016 in response to social unrest over increasing pollution levels in Chinese cities.

In North America, a number of American states and Canadian provinces in the American Northeast participate in the Regional Greenhouse Gas Initiative, an organization aiming to reduce carbon emissions by 10 percent by 2020 from the 2009 levels. Pennsylvania, New Brunswick, Ontario, and Quebec act as observers to the coalition, and while New Jersey was a founding member, Governor Chris Christie withdrew the state from the program in 2012. California also implemented an economy-wide Cap and Trade system in 2013 that seeks to reduce emissions by 16 percent between 2013 and 2020.

What are the advantages of a Carbon Trading program?

Advocates of Cap and Trade list a number of advantages this system has over rival emissions-reduction solutions, such as a flat carbon tax. Cap and Trade creates an assured and definite outcome, provides flexibility for the participating entities in their emission reduction methods, incentivizes technological innovation, and represents a global solution.

A flat carbon tax does not necessarily guarantee reduced emissions; it merely makes carbon more expensive in the hope of deterring polluters. Cap and Trade ensures a definite outcome through the cap on total emissions of the participating entities. As the cap is gradually lowered each year, the total emissions within that program decreases, regardless of the number of carbon permits any particular entity owns.

The gradual decrease in the emissions cap and the ability to purchase carbon credit creates the flexibility inherent in this system and the incentive for technological progress. Instead of making carbon significantly more expensive overnight, the cap is reduced in increments while the polluting parties learn to adjust to the new restrictions. It provides companies, factories, and countries time to research, develop, and implement a plan for carbon emissions reduction and provides them with more breathing room in terms of how they want to address their concerns. Some entities might want to implement long-term plans which may have large effects but the results will not be seen for a number of years, while others may want to experiment with new, emerging technology. If the plan does not work the first time around, they can purchase more carbon credits for that particular segment of the process and try something else. Entities that have more successful pollution reduction methods, however, will spend less time and less money, prompting industry and economy-wide investment in clean technology.

Lastly, Cap and Trade represents a global solution to a global problem. Because the trading aspect of the system requires a coalition of entities working in tandem and agreeing to common pollution reduction goals, the carbon market makes an international, far-reaching solution possible. The Kyoto Protocol and the European Trading System are examples of this kind of cooperative effort. A carbon tax, unless agreed upon in the United Nations (an unlikely event), can only feasibly be employed on a national level. However, pollution is a global problem, and a reduction in pollution in one country will not reduce the pollution in others.

What are the disadvantages of a Cap and Trade system?

Despite the goals it sets out to accomplish, there is significant opposition to Cap and Trade as a pollution reduction mechanism. Opponents often favor alternate solutions such as a flat carbon tax or increased public investment in emerging green technologies. Many groups find fault with Cap and Trade because they feel it will create problems with the price of carbon within the artificial carbon market, making it difficult to sustain and even more difficult to produce actual beneficial effects for the economy. James Hansen, in his New York Times Op-ed article “Cap and Fade”, argues that if all or even a large majority of participating bodies were to reduce their carbon emissions in a given year, the market would be over-saturated with carbon permits. The price of carbon would plummet and the artificial Cap and Trade market would collapse. At that point, the individual bodies will see little incentive in continued participation in the program, and Cap and Trade will have ultimately done little to reduce pollution.

Opponents also malign the various “offsets,” or alternatives to carbon reduction that are included within Cap and Trade programs. These offsets raise the overall cap for such measures as the avoidance of deforestation in Brazil or planting trees in a former industrialized area. Opponents point out that reduced pollution in one area should not allow increased pollution in another area. These offsets end up producing no net decrease in overall pollution, hindering the main purpose for which Cap and Trade systems are created.

Another issue critics have with Cap and Trade is that unless it is implemented on a global scale, with as many countries participating as possible, much of the world will continue polluting unabated. If Norway enters into a global program or creates a domestic cap and trade carbon market, that’s great, good for Norway. However, this does not compel another country, say India, to join as well. Climate change does not discriminate where its effects will be felt, and the climate over Norway will be affected the same as the climate over India, regardless of who is participating in a cap and trade program. Therefore, if not all major polluters join the cause, what incentive does that give to the countries or entities that are willing?

Critics also point to the problems experienced in the European Trading System’s carbon market in recent years as a sign that large-scale carbon trading is not a sustainable or effective solution. In early 2013 carbon prices within the European market fell considerably, so low that it threatened to destabilize the market altogether, and forced the European Union to delay credits distribution and take other measures to drag prices back up to a reasonable level. While many advocates argue that a carbon market would regulate itself, many look at the example of the ETS and remain skeptical.

Many are also afraid that Cap and Trade lends itself to corruption and big-business manipulation. Already in the carbon trading programs that currently exist, carbon brokers have materialized to service the buying and selling of carbon permits, in an attempt to get in on a piece of the Cap and Trade pie. Because Cap and Trade relies on the price of carbon and the machinations of a free market, opponents worry that a program will become another appendage of Wall St. without producing real environmental benefits.

Due to economic downturn in 2008 and the increased costs to consumers as a result of a carbon cap, the drive to implement a national carbon trading scheme in the United States has slowed considerably. However, Cap and Trade programs continue to appear in various shapes and sizes, and as the debate surrounding its effectiveness continues, we will wait and see how successful the current programs in effect prove to be.

Clean Technica: Five Good Things Cap and Trade Has Done for You

Environment 360: The Flawed Logic of the Cap and Trade Debate

Chron: Risks of Cap and Trade

Grist: Beyond Baby Steps: Analyzing the Cap and Trade Flop

Washington Post: The Folly of Unilateral Cap and Trade

Council on Foreign Relations: The Debate Over Greenhouse Gas Cap and Trade

Center for Climate and Energy Solutions: What Is Cap and Trade?

Joseph Palmisano
Joseph Palmisano is a graduate of The College of New Jersey with a degree in History and Education. He has a background in historical preservation, public education, freelance writing, and business. While currently employed as an insurance underwriter, he maintains an interest in environmental and educational reform. Contact Joseph at staff@LawStreetMedia.com.
Share:
Related ItemsCap and TradeCarbon EmissionsCarbon TradingClimate ChangeEuropean UnionGreenhouse GasGreenhouse Gas EmissionsKyoto ProtocolRegional Greenhouse Gas Initiative