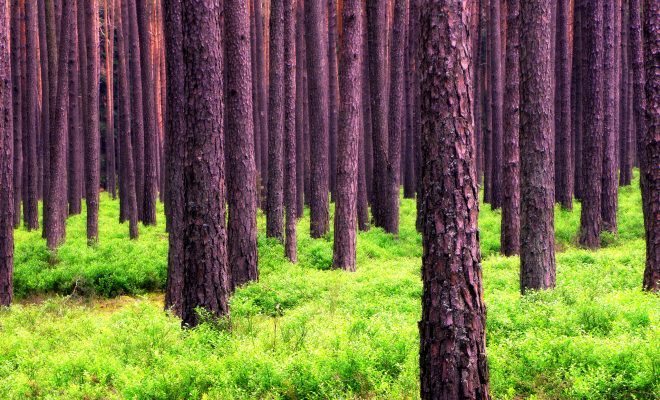 Regardless of the political debates about global warming, scientists have long been involved in trying to combat this environmental problem. But what exactly are activist-scientists doing–or not doing–to address global warming?

Instead of working to prevent the rising carbon dioxide levels that have been fueling global warming, one of the United States Environmental Protection Agency’s (EPA) recent projects has been the capturing and storage of excess carbon dioxide. This process involves the harvesting of carbon dioxide from facilities such as electricity power plants that emit a great deal of carbon dioxide. Once the carbon dioxide is harvested directly from these sources, it is channeled–sometimes by pipeline and sometimes by truck–usually underground, where it is re-introduced into the earth in order to produce more oil.

Carbon dioxide capturing and sequestration is often upheld as an easy fix to global warming:

Carbon Capture and Storage (CCS) is a technology that can capture up to 90% of the carbon dioxide (CO2) emissions produced from the use of fossil fuels in electricity generation and industrial processes, preventing the carbon dioxide from entering the atmosphere.

Once harvested, the carbon is transported and injected into the earth in liquid form, where it is often channeled into increasing oil production. While sponsors of carbon capture argue that this process is completely safe, there are serious concerns that the injection of such large amounts of liquid into the earth actually increases the likelihood of devastating earthquakes.

Though many support carbon dioxide capture and sequestration, there are serious concerns that this process is used to directly increase, rather than reduce, dependence on non-renewable, highly toxic oil production and use. The carbon dioxide that is harvested from power plants is channeled back into oil production and therefore “helps the United States continue producing record amounts of oil.”

This capture and sequestration method is arguably so popular because it actually creates profits for the massive multinational corporations involved in oil production and related fields. But some scientists are concerned that this process actually further entrenches unsustainable energy practices. David Biello at Scientific American points out:

The process will perpetuate fossil fuel use and may prove a wash as far as keeping global warming pollution out of the atmosphere. Then there are the risks of human-caused earthquakes as a result of pumping high-pressure liquids underground or accidental releases as all that CO2 finds its way back to the atmosphere.

There’s certainly evidence that this corporate-motivated approach to reducing carbon emissions has its drawbacks, especially given the amount of energy that is inefficiently used by the capture and sequestration technology.

Some scientists are beginning to reevaluate their hesitations about carbon sequestration. Scientists at Berkeley have been working to refine a way that captured carbon can be broken down through artificial photosynthesis instead of being channeled back into oil production.

Dr. Peidong Yang, a chemist at the Berkeley Lab working on artificial photosynthesis–the process that plants use to create food by breaking down carbon dioxide and sunlight into glucose and water—has stated about the research that:

Our system has the potential to fundamentally change the chemical and oil industry in that we can produce chemicals and fuels in a totally renewable way, rather than extracting them from deep below the ground.

Through combining nanowire technology with specific bacterial populations to mimic the photosynthetic processes that leaves undergo naturally, the Berkeley team has created the potential for solar-powered chemistry that non-lethally utilizes sequestered carbon.

The question now is once this new technology is ready for market (it is not quite there yet) will the corporations that profit from the current methods of the re-use of sequestered carbon utilize it?

To the Forests: Natural Photosynthesis and Global Warming

It is important to note, however, that despite the hopefulness with which many are embracing the new developments in artificial photosynthetic capabilities, we seem to be forgetting one crucial thing: Photosynthesis, even on a massive scale such as that accomplished by rainforests, cannot reverse or halt global warming.

Because carbon dioxide is essentially “plant food,” it is easy to focus on an abundance of carbon dioxide in the atmosphere as being good for plant growth. In turn, the more plants there are, the more carbon dioxide will be taken out of the atmosphere. Since extremely excessive carbon dioxide emissions are a principle driver of global warming, plants (particularly strong concentrations of plants, such as rainforests) are often thought to be helpful in reducing carbon emissions and in slowing global warming. Indeed, some scientific studies show that, under certain laboratory greenhouse conditions, increased carbon dioxide levels can contribute to a greater amount of plant growth. This is extremely important because, as Carol Rasmussen, a member of NASA’s Earth Science News Team, reports:

Forests and other land vegetation currently remove up to 30 percent of human carbon dioxide emissions from the atmosphere during photosynthesis. If the rate of absorption were to slow down, the rate of global warming would speed up in return.

Recently, however, the purported impacts of carbon fertilization have been called into question: a recent study found that increased tree growth does not always result from increased carbon dioxide levels in the atmosphere.

Regardless of whether forest growth is stimulated by increased carbon dioxide, Climate Science Watch encourages us to think beyond the small picture of plants taking already overwhelming amounts of carbon dioxide out of the atmosphere. There is a bigger picture of the relationship between global warming–which is already occurring–and plant life. A report by Climate Science Watch reminds us that:

Additionally, other nutrient restrictions limit the amount of increased natural photosynthesis that can occur in forests. Differentials in rainfall levels and subsequent droughts that are already being caused by global warming negatively impact the amount of plants that can grow and photosynthesize.

Hammering home these cautionary pieces of evidence is the fact that massive forests like the Amazon have been suffering from increased tree mortality–both due to direct human destruction and the indirect impacts of altered conditions from climate change. Therefore, the Amazon rainforest is consuming a billion tons less each year than it has previously. For perspective, each yearly Amazon drop amounts to twice the amount of carbon dioxide emitted by the U.K. per year.

So Should We Take Carbon Dioxide Back Out of the Atmosphere?

Investing hope and massive resources in carbon capture and sequestration, forest-driven photosynthesis, and artificial photosynthesis produces a sense of calm in many that the impacts of global warming can be combated without creating actual changes in the corporate practices that are increasing dangerous carbon dioxide levels. These debates about removing carbon dioxide from the atmosphere are important, but they are fundamentally invested in addressing symptoms rather than causes. While these are great scientific achievements, the causes of global warming need to be addressed as well.

Environment 360: Can Carbon Capture Technology Be Part of the Climate Solution?

Alternet: Corporations Have Big Plans to Profit From Global Warming

Guardian: Tropical Rainforests Not Absorbing as Much Carbon as Expected

Jennifer Polish
Jennifer Polish is an English PhD student at the CUNY Graduate Center in NYC, where she studies non/human animals and the racialization of dis/ability in young adult literature. When she’s not yelling at the computer because Netflix is loading too slowly, she is editing her novel, doing activist-y things, running, or giving the computer a break and yelling at books instead. Contact Jennifer at staff@LawStreetMedia.com.
Share:
Related ItemsArtificial PhotosynthesisClimate ChangeDeforestationEnvironmental LawEnvironmental RacismGlobal WarmingHealth and SciencePollutionRainforestsScience