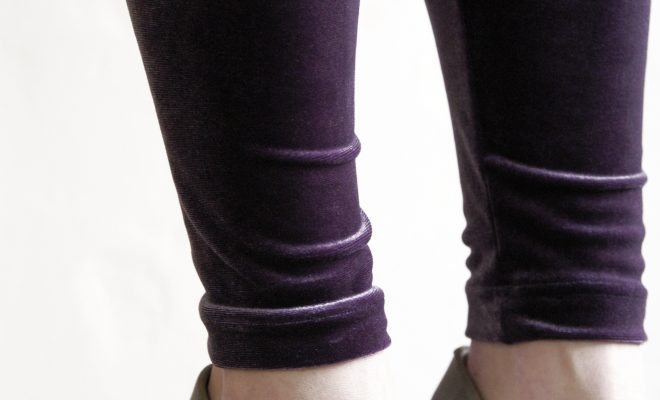 Anyone who has been inside of a high school in the last five years has seen some interesting fashion choices by today’s teenagers. Teachers are expected to teach to the tests, teach students how to survive in the real world, personalize the curriculum for IEP students of all levels, and still have their work graded within twenty-four hours. And now? Some districts are adding another dimension: dress code enforcement. Dress codes are an important part of school culture, as they sometimes dictate whether or not a student can even attend class. Some things make more sense when it comes to the dress code: no short-shorts, no shirts with offensive sayings, and no pants that sag too low. There are also some questionable additions to the dress code, namely yoga pants, leggings, spandex running pants and other clothing that fights tightly to the body. With the seemingly endless stream of issues that American school teachers are responsible for this begs the question, are yoga pants really the problem?

What’s the fuss about yoga pants?

Yoga pants have really become a hot button topic among everyone from teenagers to fashion’s biggest designers. The pants are made out of a thin material that stretches and gives, which is why they’re comfortable for people to wear. The pants are usually credited as flattering on most body types because they cling to the legs and give definition where there may not be any. The pants also can become sheer when someone bends over, which is a chief complaint among the trend’s naysayers; however, if they are the proper size, that may not be an issue–especially with yoga pants, which tend to be thick. Many schools are dealing with the dilemma of whether or not they are proper attire for the classroom, and emotions run deep on both sides.

What sort of punishments can yoga pants get you in school?

Regulations vary from school district to school district, but an increasing number of them are outlawing yoga pants, leggings, and similar wear. The punishments and ramifications also vary, but they usually involve a request to change into either clothes brought by parents, or provided by the school.

Ashley Crtalic published a well written letter in the Billings Gazette a few weeks ago that raised some interesting points about her local high school dress code, including a punishment that is increasingly popular in public schools: public shaming and humiliation for not following the dress code. Some schools have extra, extra large shirts that say “I disobeyed the Dress Code,” or “Dress Code Reinforcement” on them, showing everyone in the school that that person broke the rules. Students have to either wear the shirt or have a parent bring in a spare pair of clothes.

Alternatively, some schools will have their students sit in the office until parents come in with a change of clothes. The concern with this is that today in America, if a home does have two parents, they usually both work, so requiring a parent to leave work in order to bring alternative clothing to school can be a burden. These students are missing out on important class time that they need, especially if they want to go onto college–all because they wore yoga pants to school. Other punishments range from detention, demerits, loss of privileges, and loss of activities.

How are students fighting back?

Feminism is reaching a whole new, younger audience thanks to social media websites like Tumblr. It is through those platforms that people are hearing more and more about these argued injustices. A 14-year-old student recently put up these posters over signs announcing her school’s dress code, protesting against them publicly and hoping to gain support.

Many school officials claim “distraction” is why these types of pants are banned. Students have responded to that criticism with concerns of their own, however, that such strict dress codes and punishments unduly distract female students. If a female student has to sit in the classroom with an embarrassing shirt on, or sit in the office waiting for a new outfit, she is probably not able to pay full attention to her studies.

Students who disagree with these dress codes argue that the distraction comes in many forms–gossip, catcalling, attention, unwanted touching, or even unwanted pictures. If it is as bad as has been reported at some schools, it would be bordering on sexual harassment, which shouldn’t be tolerated by any school. Those who stand against such dress restrictions argue that part of the purpose of school is to prepare young people to be functioning members of society, one of those things should be how to properly function in public.

So, is banning yoga pants a good idea?

Some argue that not allowing girls to wear yoga pants or leggings to school is a way to keep them responsible for their own appearances, and provide training for when they go into the real world. Girls won’t be allowed to wear leggings or yoga pants to the office, and school is preparing young adults to go out into the work force. Schools have banned pajamas, basketball shorts, and sweatpants for students for similar reasons–they aren’t the correct attire to wear in a professional environment. Supporters argue that it’s not an attack on young women, but rather a valuable teaching moment for students.

Other parents say that not allowing yoga pants or leggings in schools will cut down on the bullying and taunting of other students, namely females. Many girls who are bigger get made fun of for wearing leggings, especially if they cannot find them in the correct size. There is also a question of classism within leggings. Those who can afford the more expensive leggings are more likely to not have a problem with the sheerer, cheaper variety.

Some of the parents who are for banning yoga pants are in favor of instituting a much stricter dress code overall for all students, limiting them to shirts with collars and khaki pants. This works to eliminate some of the label mongering that many schools face, as the outfits will all be similar. It also prepares students for being comfortable in what would be a business casual outfit in college or a work place.

The administrators of Haven Middle School in Illinois told parents in September that their daughters were no longer allowed to wear shorts, leggings, or yoga pants to school because they were “too distracting.” Parents fought against the rule because they didn’t think it was the girls’ responsibility to stop boys from becoming distracted.

They wrote a petition that 500 students went on to sign, claiming that the rule was sexist. Some students wore yoga pants anyway, in protest. One girl told the Evanston Review that, “Not being able to wear leggings because it’s ‘too distracting for boys’ is giving us the impression we should be guilty for what guys do.”

The parents are fighting back as well, say that, “This kind of message lands itself squarely on a continuum that blames girls and women for assault by men. It also sends the message to boys that their behaviors are excusable, or understandable given what the girls are wearing. We really hope that you will consider the impact of these policies and how they contribute to rape culture.”

As of publication time the dress code at Haven Middle School is still up for review.

When the administrators of the small Billings, Montana high school decided to add the following provision to the handbook over the summer, they didn’t think it would cause a big problem: “Leggings, jeggings, and tights ARE NOT pants and must be worn with dress code appropriate shorts, skirts, dresses, or pants.”

But it was a problem for many students, including one who went to the school board and declared that they were shaming the women in the school. “It’s completely sexist and misogynistic,” she said. “This tells women that our bodies are something that need to be hidden.” It is important to note that boys in the school were allowed to wear sleeveless t-shirts as they are a part of their uniforms.

No one has been sent home for violating the new code, but the principal has said that she has asked students to put on a longer top or sweatshirt. If they don’t have one, they can borrow one from the office. By a week after the ban, 200 students wore yoga pants on the same day.

Dress codes do have a place in our public schools. It is the job of the school district to prepare students for their best possible futures–futures that probably don’t include wearing leggings or yoga pants to the office. They are fine for gym class, for lounging around on the weekends, but in school, the goal should be to learn, not be comfortable. In fact, not allowing any sort of loungewear on the school grounds is a great way to improve the wardrobe of students before they go into college or the workforce. Let’s teach our kids how to dress for success.  As is currently the case of some dress codes or dressing standards, schools are typically assuming that boys can’t pay attention because of the way girls dress; however, we might not be giving either party the benefit of the doubt. By high school, if schools have done their jobs, our students should know how to act. If they don’t, then it is up to principals, guidance counselors, teachers, or other male students to have a meeting of the minds with these young men. This is a topic that will continue to cause contention in our public schools as districts deal with new trends and fads.

Boston.com: Your Guide to America’s War on Yoga Pants

Noel Diem
Law Street contributor Noel Diem is an editor and aspiring author based in Reading, Pennsylvania. She is an alum of Albright College where she studied English and Secondary Education. In her spare time she enjoys traveling, theater, fashion, and literature. Contact Noel at staff@LawStreetMedia.com.
Share:
Related ItemsDress CodeFeminismHigh SchoolLeggingsRape CultureYoga Pants