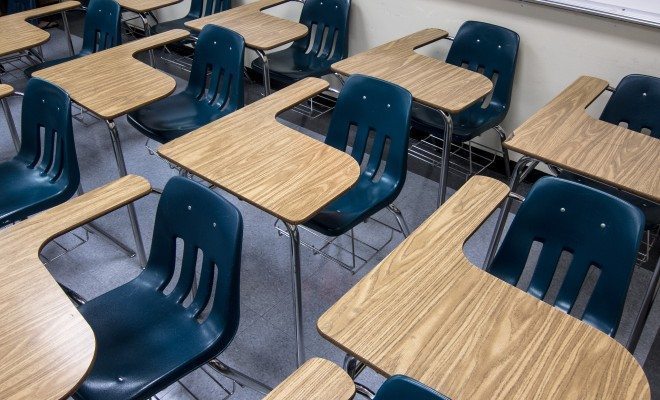 Should Parents Pay the Price if Their Children Skip School?

We’ve seen it all over the news lately–parents getting into trouble when their children are truant from school without a valid excuse. While to many it may seem easy to get an excuse letter signed or send in a note the day after the absence, sometimes parents aren’t able to take those steps, or don’t know about their children’s absences from school. In a time of more testing and government regulations in our schools, administrations have elected to pay more attention to when students are staying home, and more importantly, why they are staying home. Read on to learn about truancy laws in the United States and the consequences that may arise for some parents if their children don’t attend school.

What truancy means for each student, school, and state varies. While Strategies for Youth, a non-profit, defines truancy as simply “an unexcused absence from school,” the definition of what an excused absence is, and what being “truant” means depends on the state and sometimes even the school district.

Another organization, Truancy Prevention, breaks down the level of states’ involvement even more:

Each state and school is different, so if you’re curious about specific truancy laws, the best thing to do is look in your individual school handbook to figure out the rules.

One extreme case that has gained national attention is that of Eileen DeNino of Reading, Pennsylvania. The 55-year-old mother of eight had to serve a two-day sentence because she owed the court system money due to her sons’ truancy issues. Two of her sons had been absent more than the three days that Pennsylvania allows and were fined repeatedly over several years. She never paid the fines, which landed her in jail; however, the first night of her stay she started complaining that it felt hard to breathe. Jail officials allegedly ignored her pleas for help, thinking she was just trying to get out of serving her time. Her cellmate said that she was moaning in pain the entire time. She died later that night due to complications from a previous medical problem.

Critics have said that her stint in jail is reminiscent of debtor’s prison, which is illegal, while others have said it was wrong because her children were making the decisions on their own. The coroners found that the prison system was not in the wrong.

The law that DeNino broke applies to Pennsylvania, where staying home from school for more than three days is considered truancy. In Berks County alone, “more than 1,600 parents—most of them mothers—have been jailed” for truancy.

A call for reform?

DeNino’s death has led to some calling for change within the education system. While consequences are one thing, parents being fined or put in jail because their children were absent is viewed as something else entirely. Each year, many parents experience problems with a child’s truancy, which commonly leads to fines, loss of custody, and probation for juveniles and/or parents. In some cases these children can be placed in foster care.

For example, in October 2014 the Florida State Attorney’s office issued warrants for the arrest of 44 Jacksonville parents of truant children. One couple, Lucius Corbitt III and Afton Nolan, were both arrested after their daughter missed 40 school days over a three-year period; however, their daughter still made honor roll and was at the top of her class.

“Maybe there are some kids whose parents didn’t want to send them to school,” Corbitt told The Florida Times-Union. “But when my child missed school, my wife and I got make-up work and she passed. … Most days she missed we had doctor’s documentation, but it is so hard to get someone at the school board. It really is crap.”

In other states, such as California, officials have been sent out to do “truancy sweeps” to check up on students who stayed home. In one particular sweep, six parents were arrested, including one parent whose child missed school 21 times. In this situation, most parents were offered parenting classes.

The Arguments For Parent Punishment

There is a reason that we have truancy laws and why students can’t just go to school only when they feel like it. In 1889, the Chicago Board of Education argued, “We should rightfully have the power to arrest all these little beggars, loafers, and vagabonds that infest our city, take them from the streets and place them in schools where they are compelled to receive an education and learn moral principles.”  This was during a time when nearly a quarter of the juveniles jailed in Chicago where there for truancy. By 1918, every state had a law that made school attendance mandatory.

It wasn’t until 2001 and the start of No Child Left Behind that schools had to report this data to the state. Many surmise that the goal was to identify parents who weren’t taking care of their children or were negligent. Since then, more and more government officials have been calling for stricter regulations on truancy, specifically for teenagers.

Recent research has shown that many students are absent at least two days a month, often because the student just didn’t feel like going to school. That is a problem that we need to face, and starting with parents might be the best approach to take.

Most of the cases that we hear about involve teenagers. Some critics of truancy laws feel that teenagers today don’t really feel the effects of the mistakes they make–and this is just another example of that. Parenting website the Stir poses the question:

Others have claimed that throwing parents in jail isn’t something that will help anyone in the family. According to the Marshall Project, “the criminalization of truancy often pushes students further away from school, and their families deeper into poverty.” Instead of focusing on parents, some hope to focus on the schools and determine why teens are using any excuse not to go.

In some states, the child does face the brunt of the punishment. Some states are even allowed to take away the driving privileges of the teen who is truant.

Students being absent from school is an undeniable problem The rates are typically higher in schools that have more students, which need to have higher scores on state testing in order to get the materials they need. We also know that more than a few absences per year are correlated with lower grades, dropping out of high school, and trouble with the law. It remains unclear whether or not actively threatening, fining, or even jailing these parents is an effective way to treat the “crime.” There may need to be alternate steps taken to make sure that students stay in school as much as possible.

Jacksonville: Parents Arrested in Truancy Sweep Say There Were Reasons Why Their Kids Missed School

Washington Post: Mother of Seven in Jail Because Her Kids Skipped School Dies in Cell

Think Progress: The Return Of Debtor’s Prisons: Thousands Of Americans Jailed For Not Paying Their Bills

WFMZ: Exclusive: Cellmate of Woman Who Died in Jail Speaks Out

Noel Diem
Law Street contributor Noel Diem is an editor and aspiring author based in Reading, Pennsylvania. She is an alum of Albright College where she studied English and Secondary Education. In her spare time she enjoys traveling, theater, fashion, and literature. Contact Noel at staff@LawStreetMedia.com.
Share:
Related ItemsAbsenteeDropoutEileen DeNinoNo Child Left BehindParentingPublic SchoolSchoolSkipping SchoolTruant