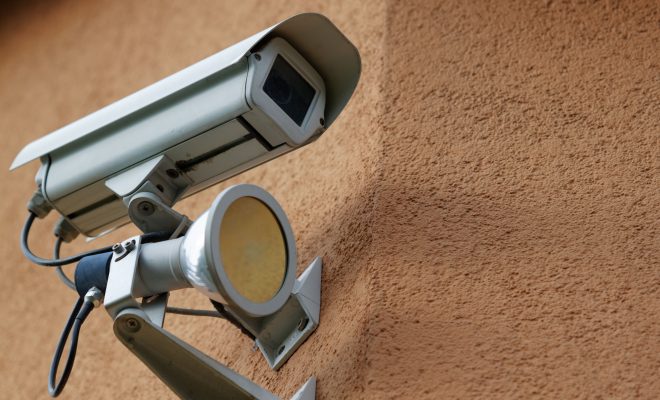 That is not actually the case according to new research from Jason P. Nance, an associate professor of law at the University of Florida. He discovered that while there has been a stark increase in school surveillance in recent years, the practice was not applied equally across all schools. In fact, schools with a preponderance of students of color were more likely to have harsh surveillance practices, including metal detectors, locked gates, school police, and random sweeps.

The 1990s saw a rise in concerns about drug and gang-related violence, leading to an increase in integrating police–or “school resource officers”–and other surveillance technology into schools. These fears were later exacerbated by the high-profile shooting at Columbine High School in 1999, where two seniors murdered 12 students and one teacher before both committing suicide–billed then as “the deadliest high school shooting in US history.” Over the years, schools have compensated with an increase in strict punitive measures and “zero tolerance” policies, which require schools to hand out specific, harsh punishments like suspension or expulsion when students break particular rules. Additionally, surveillance systems designed to track and monitor students’ movements and specific behaviors are being implemented and utilized more than ever before.

In the first analysis of its type ever conducted, Jason P. Nance, of the University of Florida Levin College of Law, found a clear and consistent pattern in how surveillance techniques were applied to schools nationally. Nance gained authorization access to a restricted database from the U.S. Department of Education–the School Survey on Crime and Safety conducted from 2009-10 and 2013-14–and was able to examine surveillance techniques pre- and post- the Sandy Hook school shooting. Even after controlling for a variety of factors such as school crime, neighborhood crime, school disciplinary and behavioral problems, and other student demographics, Nance’s research found that the concentration of students of color was a predictor in whether or not the schools had more intense security techniques.

Additionally, Nance investigated the major, student-caused instances of violence in the last 25 years using informations from a CNN archive and federal data on demographics of the particularly relevant schools. The overwhelming majority, roughly 62 percent, of incidence of major violence in schools occurred in ones that serve mostly white students. Such findings demonstrate a much greater problem in racial inequalities in the public educational system. Nance noted that systemic racial disparities exist in special-education placements, gifted-and-talented programs, and teacher expectations of academic success, with African Americans experiencing the highest educational inequalities.

The act of arresting schoolchildren and treating them as if they are violent criminals has become a disturbing trend in schools across the country. With the constant surveillance tactics employed, whether it be drug sniffing dogs, police officers, random searches, or high-resolution security cameras, schools are arguably a burgeoning police state, one that is being controlled and directed. Police patrol many school hallways across the nation, making even normal childhood behavior seem criminal. In 2010, police gave close to 300,000 Class C misdemeanor tickets to students in Texas. There were also reports of a student with an IQ below 70 being pepper sprayed because he did not understand police instructions. Moreover, an incident in Columbia, South Carolina went viral in the fall of 2015 when a student refused to hand over her cellphone, resulting in the school deputy wrestling her out of her chair and hurling her across the classroom floor. The student who filmed and posted the events was eventually arrested. All of these examples illustrate a disturbing trend.

Such arrests are not uncommon in the state of North Carolina, where roughly 1,200 students are charged each year with “disturbing school.” The state law, which makes it a crime to “disturb in any way or in any place the students or teachers of any school” or “to act in an obnoxious manner,” carries a jail sentence of up to 90 days or a $1,000 fine. The charge has been used against students as young as age seven. Currently, at least 22 states and many cities have such a law, though the degree of stringency varies greatly from state to state. Moreover, in South Carolina black students are four times more likely to be charged with disturbing school than their white peers. Defiance is an integral part of adolescence, but placing students in jail for swearing or refusing to comply with an adult’s request turns normal child behavior into delinquent behavior.

Many advocates contend that such disturbing school laws were implemented once black students were allowed to integrate into white classrooms, as a way of maintaining informal segregation under the guise of “law and order.” Once students are arrested, their ability to achieve at the same level is greatly diminished. According to a 2006 study by criminologist Gary Sweeten, students who have been arrested are nearly twice as likely to drop out of school even if they never go to court–regardless of GPA or prior offenses–and students who actually go to court are four times more likely to drop out. Considering the profound consequences such an event can have on a child’s future, it seems a law and order focus may be doing more damage than good.

Another extreme method schools are utilizing to monitor students is Radio Frequency Identification (RFID). RFID, which is often used to identify and monitor livestock and other animals, uses tags and readers to monitor when students check out library books, register for classes, or even pay for school lunches. States such as Missouri, California, and Texas have utilized the technology through experimental pilot programs in some manner or another, such as door access on school buses or embedding the chips in student clothing. While its use was eventually squashed by parents and the American Civil Liberties Union in state of Texas, technology similar to RFID is still alive and well in other states. Other experimental programs have even utilized cameras to track and monitor students’ eating habits in an effort to mitigate childhood obesity. Some schools have even used wristwatches that monitor students’ heart rate, physical movement, and sleeping habits.

Big Brother entering the classroom brings up valid concerns; are we simply conditioning students to believe that tracking them is completely normal, acceptable, and even mandatory? In a world of consumerism and behaviorism, students, workers, shoppers, and voters are all seen in the same manner: passive, conditionable objects. Such practices may infringe heavily on due process rights, treating citizens as compliant subjects in a surveillance state.

Schools have been struggling to find the ideal balance when creating a safe, supportive, and secure learning environment in recent years. Chicago Public Schools, for example, approved high-definition surveillance camera installation in 14 schools in 2011 for a $7 million price tag, despite being significantly cash-strapped at the time. After a pilot test at a high school, Chicago Public Schools stated that misconduct dropped 59 percent, arrests dropped by 69 percent, and drop-out rates decreased. The approval ended up coming in $200,000 under budget, but it certainly illustrates the trends Nance is studying.

Strict surveillance practices are firmly in place in the Los Angeles public school system, where random screenings using metal detector wands are employed in all secondary schools, grades 6-12. This program has been in place for more than two decades and also includes daily random locker searches, but it has recently come under fire from teachers, civil rights groups, and educational organizations. In schools with no history of violence, it seems to be counterintuitive to employ such stringent tactics in the name of safety. According to a review in 2011 of all available literature from the past 15 years regarding the use of metal detectors in schools, there is insufficient evidence to prove that the use of metal detectors had any positive influence on student behavior and school environments. In New York City, some public schools with metal detectors cannot even get students through the screening process in time for the start of school.

Despite claims of limited efficacy, metal detectors and surveillance techniques still have their champions. The Chief of Police for the Boston Public Schools Eric Weston noted in 2015 that metal detectors changed things by helping to keep firearms out of schools and reducing the number of weapons found on campus. While acknowledging the potential psychological toll constant use of metal detectors may create, Weston believes that overall the use of them makes students feel safer. Moreover, the public response after a highly publicized, violent school incident, is to increase security measures in schools to prevent such an atrocity from occurring again.

While some may champion police presence in schools and the use of surveillance systems like metal detectors, such techniques are not without critics. The effects of such severe practices on student psyche is stark. When compared to a school with no metal detectors, students at a school with metal detectors feel and understand that the general public views them as criminals automatically. Evidence also shows that when students are in such harsh environments, academic performance and positive school climates do not necessarily increase. An over-reliance on security measures diminishes students’ feelings of trust and safety; when students are subjected to punitive tactics in school, the likelihood that students feel comfortable being there decreases significantly. Moreover, science has also demonstrated in recent years that a teenager’s brain, for example, is far more receptive to rewards than to punishment, and sections of the brain that control impulses and judgment are still a work-in-progress.

The result is a continued criminalization of certain types of students, namely students of color. For example, in Texas, when looking at clear-cut offenses like the use of a weapon, African American students were no more likely to get in trouble than other students; however, when it came to subjective “disturbing school” offenses, they were far more likely to be disciplined. After controlling for over 80 variables, race was a reliable predictor of which students were disciplined.

Even when there is little to no evidence to demonstrate that such practices actually create environments where students can thrive, cities, states, and the federal government continue to invest in such programs. Bringing in police officers and placing youth under constant surveillance with little to no privacy creates an institution that feels more like a prison than a welcoming educational environment. Advocates note that these practices are likely creating criminals, rather than productive, healthy citizens.

Educators are quick to note that combating violence in schools and deterring weapons starts from the root; students have to feel safe at school. Relying on surveillance tactics and punitive measures to enforce discipline creates an environment based on fear, not mutual respect. Investing in student relations should be as much as a priority as investing in high-definition security cameras. As Nance noted in his research, these stringent surveillance practices are sending students a very clear message: white students deserve more privacy and leeway than nonwhite students. It’s critical to ensure students are safe, but practices such as these may merely exacerbate the significant racial tensions plaguing the nation rather than helping to rectify violence in schools.

Journal of School Health: Impacts of Metal Detector Use in Schools: Insights From 15 Years of Research

The Atlantic: How America Outlawed Adolescence

The Guardian: The US Schools With Their Own Police

Wired: Tracking School Children With RFID Tags? It’s All About The Benjamins

Nicole Zub
Nicole is a third-year law student at the University of Kentucky College of Law. She graduated in 2011 from Northeastern University with Bachelor’s in Environmental Science. When she isn’t imbibing copious amounts of caffeine, you can find her with her nose in a book or experimenting in the kitchen. Contact Nicole at Staff@LawStreetMedia.com.
Share:
Related ItemsBig BrotherMetal DetectorsMinority StudentsSchoolSchool SecuritySchool ShootingSchool Surveillance