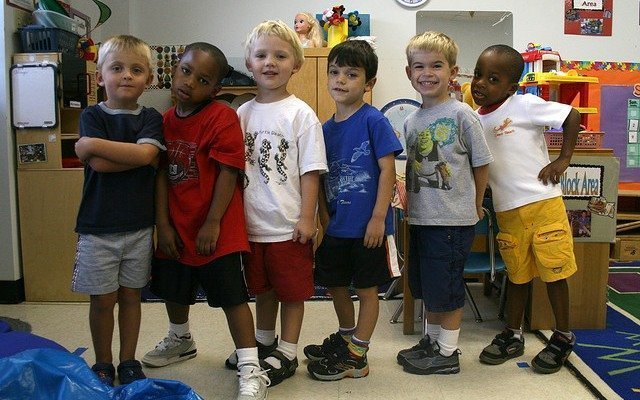 The vast majority of public school classrooms in the United States are composed of students of both genders. While some private schools do occasionally embark on single-sex education, public schools focus on a blend of genders. However, there is growing debate about the effectiveness of each method of education. Read on to learn about single-sex education, its benefits, its problems, and its future.

In the nineteenth and early twentieth centuries, single-sex classrooms in public schools were the norm and a product of cultural views on women and their roles in society. In the latter half of the twentieth century, however, single-sex education was only found in elite private schools and reserved for students whose parents could afford to send their children to expensive preparatory programs. Recently, however, there has been a push to offer single-sex classrooms in the American public school system.

In the mid 1990s, there were only two public schools in the United States that offered single-sex classrooms; today there are more than 500. As education professionals search for innovative ways to improve the education system, many have looked toward single-sex education as a way to capitalize on boys’ and girls’ different learning styles. While various studies and reports proclaiming the merits of a single-sex education, many claim just the opposite.

What are the Arguments for Single-Sex Education?

Advocates claim single-sex education offers students a learning environment that is directed toward their gender’s natural learning style. Research has shown that boys and girls learn differently; where boys often learn better in an environment that emphasizes physical activity and more structure, girls often learn best in a classroom that emphasizes verbal communication and empathy. In a single-sex classroom, a teacher would be better able to focus on those learning styles to enhance the experiences of each gender.

Advocates also argue that a single-sex classroom would help to remove existing gender biases, which some professionals say are pushing girls away from computer technology careers and boys away from the arts. Traditionally, boys excel in math and sciences while girls succeed more in the arts and English. Some argue that single-sex classrooms would allow students to explore all of these areas unhindered by any gender biases that may exist.

Many people point out that removing the distraction of trying to impress the other gender, especially for middle and high school students, would improve student performance. Experts say girls tend to “dumb themselves down” for boys, while boys will often act out or goof off in order to catch the attention of girls. Without the distraction of the opposite gender, some experts say that students will be more focused and serious about their schoolwork.

What are the Arguments Against Single-Sex education?

Opponents of single-sex classrooms point out the similarities between separating genders in education and the “separate but equal” doctrine aimed at African Americans in public schools in the 1950s. They argue that separate but equal education is “inherently unequal.”

Opponents argue that students are not cookie cutter molds of the traits commonly associated with their gender; rather their character varies along a spectrum ranging from loud and physically active to quiet and empathetic. Single-sex classrooms would trap students in rigid stereotypes, failing to allow students who fall anywhere else on the spectrum the chance to grow individually and academically.

Additionally, opponents say the true failure of a single-sex education is that it does not provide opportunities for boys and girls to work together, thus failing to prepare them for a co-educational world. As women anchor their places in American industry and business, today’s students will need to learn how to function with both genders, without being distracted simply because of the presence of the opposite sex.

Case Studies: Examples of Single-Sex Education Across the U.S.

Located in Chicago, Illinois, Urban Prep Academies is a collection of single-sex all-male public charter schools. They are currently the only all-male public schools in the state of Illinois. The curriculum includes a heavy focus on community and public service, and working toward either college admittance or a professional field. Urban Prep has made reaching out to young men, and teaching in ways that correspond to the way in which young men learn, one of its primary goals.

The success of Urban Prep has been well documented — it certainly has had a higher graduation rate than many of its peers in other public schools in the area. However, there are questions as to whether that comes from the single-sex aspect of education, or the other benefits offered by a charter school like Urban Prep. There’s also the question of whether the model that Urban Prep employs would be sustainable on a wider scale.

William A. Lawson Institute for Peace and Prosperity

The William A. Lawson Institute for Peace and Prosperity (WALIPP), located in Houston, Texas, is an all-male public school. One interesting aspect of WALIPP is that in addition to an all-male student population, the teaching staff is also all men. The reasoning behind such specific hiring is that the teachers act as strong male role models for the young men who are in their classrooms. Many of the young men at WALIPP were raised primarily by their mothers, in single-family households, and benefit from having successful older men to look to for guidance. Audrey Lawson, the founder of WALIPP, explained that: “inner city boys started out not being thought of as good students. In elementary school, they have had mostly women teachers, and girls respond better to them.”

Whether or not we’ll start to move more convincingly toward single-sex classrooms is uncertain; although it is important to note that as more charter schools try unconventional methods, it is certainly a possibility. The benefits have yet to be proven, but as American students constantly struggle in meeting educational benchmarks, the experiment of single-sex learning may be valuable enough for some schools to consider worth the risk.

National Association for Single Sex Public Education: What Have Researchers Found When They Compare Single-Sex Education With Co-Education?

CRC Health Group: The Many Advantages of Single-Sex Schools

ASCD: Single-Gender Classes Can Respond to the Needs of Boys and Girls

Atlantic: The Trouble With Single-Sex Schools

The New York Times: Single-Sex Education is Assailed in Report

Atlantic: The Never-Ending Controversy Over All Girls Education

Joseph Palmisano
Joseph Palmisano is a graduate of The College of New Jersey with a degree in History and Education. He has a background in historical preservation, public education, freelance writing, and business. While currently employed as an insurance underwriter, he maintains an interest in environmental and educational reform. Contact Joseph at staff@LawStreetMedia.com.
Share:
Related ItemsBoysCharter SchoolsEducationGenderGIRLSHigh IncomeLow IncomePovertyPreparatory SchoolPrivate SchoolPublic SchoolSingle-Sex ClassesSingle-Sex EducationTitle IX