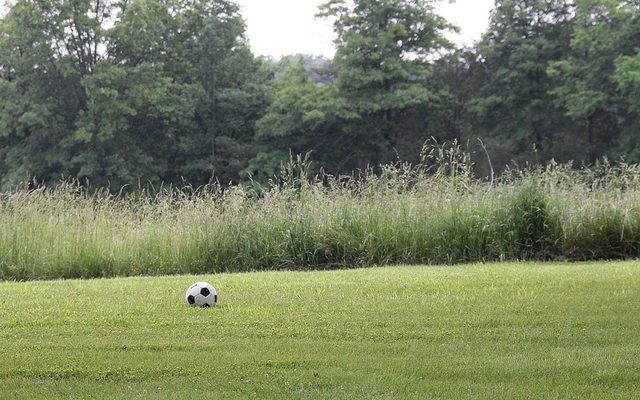 An 8-year-old girl from Omaha, Nebraska and her soccer team were disqualified from the championship round of a tournament this weekend after officials told her team that “she looks like a boy.”

Milagros “Mili” Hernandez was mistakenly identified as a boy on a Nebraska soccer tournament registration form. Officials then ignored the reality that another form listed her as a girl and that she was on an all-girls team, according to The Washington Post.

Her father, Gerardo Hernandez, then attempted to show tournament officials Mili’s insurance card to prove she was a girl, according to ESPN. The Nebraska soccer officials ignored the pleas and cited Hernandez’s short hair as evidence.

So, despite winning two of their three games on Saturday, which guaranteed them a chance to earn a trophy, the entire Azzurri Achurros team was disqualified just hours before their 2 p.m. kick off, according to The Washington Post.

Mili burst into tears when she heard the decision.

‘I was mad; I never had that problem before. She’s been playing so long in different tournaments,’ her father told The Washington Post. ‘I don’t want no problems with nobody, but that wasn’t the right way to treat people. Why they want to tell my girl looks like a boy?’

Mili plays on the local 11-year-old team after she dominated the league for her age group. The talented youngster dreams of extending her soccer career into middle and high school before advancing to college and, hopefully, the professional leagues, according to her brother.

She has worn her hair short since she was young, her father said, and as she’s grown older she has decided to keep it that way. That spurred USA soccer star Abby Wambach, who also has short hair, to offer support to Mili in the aftermath.

Dear Mili Hernandez, you are amazing in every way. Thank you for teaching us how to be brave and shining a light on something so hurtful. If you don't know, she is my new hero. Her team was disqualified from a tourney cause they thought she was a boy because of a clerical error that wasn't handled properly. Let's meet soon sister.

While the Nebraska soccer tournament has concluded, organizers told the Hernandez family that they could appeal the decision with the Nebraska State Soccer Association, according to local NBC affiliate WOWT News.

But even if she can’t play in future tournaments like this one, another soccer star is here to help out. Mia Hamm, one of the most notable female American soccer players, also offered support.

Hey Mili, we would love to host you at one of our camps @TeamFirstSA . Be you!

Josh Schmidt
Josh Schmidt is an editorial intern and is a native of the Washington D.C Metropolitan area. He is working towards a degree in multi-platform journalism with a minor in history at nearby University of Maryland. Contact Josh at staff@LawStreetMedia.com.
Share:
Related ItemsDiscriminationGenderNebraskaOmahaSoccerSports