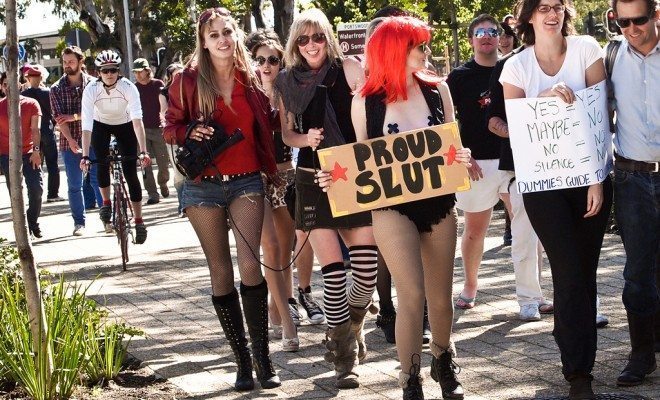 College Rape Crisis: All the Facts on the Rape Epidemic

In the past six months, if you were to Google the keywords college rape scandal, a disturbing amount of articles would pop up. Whatever side people stand on for the debate on college rape, every can agree that system is virtually broken. Previous notions of college campuses being an oasis for intellectual development and personal growth have begun to crumble as concerns over the sexual victimization of students are heightened. So the next question is, what do we do about it? Should we address rape culture, universities’ policies on sexual assault, or place all the burden on the individual? So far, it has been a combination of the three–here are all the facts on the college rape epidemic.

Multiple organizations and government agencies have conducted surveys to gather data on the staggering amount of rapes that occur on college campuses:

Schools are suppose to follow ordinances in providing information about sexual assaults that happen on their campus, however that is not always the case:

Mishandling by Colleges and Universities

In May 2011, an acquaintance and fellow Amherst student raped Angie Epifano. A year after her assault, she published in a school newspaper her account of the attack and the callous treatment she received by college administrators. She wrote that she was questioned if she was really raped, her requests to change dorms and study abroad were denied. Furthermore, she was discouraged from pressing charges, and eventually brought to a psychiatric ward. These events led her to withdraw from Amherst while her alleged attacker graduated with honors.

The schools counseling center told her that,

“We can report your rape as a statistic, you know for records, but I don’t recommend that you go through a disciplinary hearing.”

This is only one example of how the college incompetently treated her.

Her wrenching account prompted other Amherst students and alumni to come forward and announce they, too, had been sexually assaulted at Amherst.

Another incident at Amherst is Trey Malone, a student who committed suicide after he could no longer cope with the sexual assault he endured while at school. His family released his suicide note for publication, where he alludes to Amherst’s incapability to help him,

“What began as an earnest effort to help on the part of Amherst, became an emotionless hand washing. In those places I should’ve received help, I saw none.”

Since Epifano, Malone, and others have stepped forward with their accounts of assault, Amherst has employed new measures to assist students who undergo such traumatic incidents.

Students and alumni of Occidental College filed a civil rights complaint with the U.S. Department of Education stating the school failed to protect women from sexual assaults in April 2013. In their complaint, it was stated that they were, “raped, sexually assaulted, battered, harassed or retaliated against for speaking out against sexual violence.”

After the complaint was filed, the college was accused of tracking down students who had used anonymous sexual assault reports. When a student who had used the anonymous report was brought in to the college’s Title IX coordinator to discuss her accusation, she was denied information on how the college had been able to track her down.

Also, Occidental admitted that they failed to report 19 sex crimes to the annual Clery report statistics in recent years.

While the college has implemented new measures to combat sexual misconduct, many find these changes to be superficial and an attempt to salvage their reputation.

Omitting the incidents at other schools does not trivialize the horrific events those victims endured; there regrettably has been too many to thoroughly cover. Schools such as Wesleyan University and Tufts University have also been in the news for sexual assault.

On May 1, 2014 the U.S. Department of Education’s Office for Civil Rights released a list of 55 colleges and universities under investigation for potential violations of federal law over the handling of sexual violence and harassment complaints. The Office of Civil Rights compiled this list to create more public awareness and transparency to enforcement work.

The release of the list works to advance a key goal of President Obama’s White House Task Force to Protect Students from Sexual Assault. It is hoped that this will increase discussion among communities about the issue and the best ways to combat assaults.

By having a college or university on the list does not indicated that the institution has violated or is violating Title IX. The schools under investigation will be continuously updated and accessible to the public upon request.

President Obama has taken great measure to combat sexual assault compared to previous administrations. He has publicly spoken out against sexual crimes, bringing to the nation’s forefront how it is an attack to the basic humanity and decency. The president has signed a memorandum creating a task force to respond to campus rapes.

The White House Task Force to Protect Students from Sexual Assault was created with the objectives of:

As of April 3 the task force has received 30 Title IX complaints, equal to the total number of complaints in all of fiscal 2013.

The government also made a website, NotAlone.gov, to track enforcement and provide victims with information.

White House Involvement: 1 is 2 Many Campaign

Developed by Vice President Biden, the 1 is 2 Many Campaign focuses on dating violence and sexual assault suffered by teens and young women. After seeking ideas from students on how to prevent violence on campuses, it was found that an abundant amount of respondents answer was to get men involved.

Biden and Health and Human Services started an “app challenge” that in turn created apps geared toward young people. An example is Circle of 6 that puts a group of friends instantly in touch with each other. This is incase someone is in trouble they are able to send a “come and get me” message, complete with a GPS map to show the exact location.

The Violence Against Women Act of 1994 is federal law that was signed by President Clinton on September 13, 1994. It is a part of the Violent Crime Control and Law Enforcement Act of 1994. President Obama signed on March 7, 2013 imposes new obligations on colleges and universities under its Campus Violence Elimination Act (SaVE Act) provision. The provision states that, “Most higher education institutions – including community colleges and vocational schools – must educate students, faculty, and staff on the prevention of rape, acquaintance rape, domestic violence, dating violence, sexual assault, and stalking.” Under the new requirements, colleges and universities are required to:

Commonly referred to as the Clery Act, the federal statute requires all colleges and universities that participate in federal financial aid programs to keep a daily public crime log provisions, maintain reporting obligations, and have extensive campus security-related provisions.

Signed into law in 1972 as part of the Education Amendments of 1972, Title IX prohibits schools receiving federal funding to discriminate based on gender. Under Title IX discrimination on the basis of sex can include sexual harassment, rape, and sexual assault.

Started in 2000 at Columbia University students, Students Active for Ending Rape (SAFER) battles sexual violence and rape culture by empowering student-led campaigns to improve college sexual assault policies. The organization released a report in April 2013 examining how schools fail to completely address the problem, giving more than 80 percent of college policies a grade C or below, an F to nearly one-quarter, and said one-third don’t fully comply with the Clery Act.

The mission of Know Your IX is to inform students in the United States of the rights guaranteed to them under Title IX. Survivors and activists who wish to share their expertise of their first-hand experience with violence, the law, and activism built the campaign. The ED ACT NOW campaign is a part of Know Your IX as an advocacy measure to better federal enforcement of Title

Activists a part of End Rape on Campus (EROC) strive to assist individuals who are filling Title IX and Clery complaints. They want to hold schools accountable for the mishandling of sexual wrongdoing.

Of the 55 schools being investigated by the Department of Education, it cannot be ignored that some of the country’s highest ranked institutions make up a significant portion of the list. Why is that? Why are the schools that should be the pinnacle of our education system conducting themselves in such a lowly manner? Is it to preserve the good name of the school, even if that means endangering the very students that give it such a respected reputation? Thankfully students, organizations, and (some) government officials have taken measures towards reform. If the school administration will not mend their ways, then hopefully, newly enacted  legislation and courageous activists will led the charge.

Since this post was originally published, more stories have been reported about sexual assault taking place on colleges. In a particularly high-profile case, a freshman named Anna at Hobart and William Smith Colleges was reportedly raped by three football players during a fraternity party. Before this story broke, Hobart and William Smith Colleges was already one of the schools under investigation by the Department of Education.

Compared to the 60 days that are typical of a sexual-assault investigation, the Hobart and William Smith Colleges cleared the accused of all charges after only 12 days. The school’s disciplinary panel was ill equipped to handle this case, lacking tact and omitting evidence such as Anna’s rape kit and medical records. As with many individuals who are assaulted, Anna has been re-victimized by the community, receiving “physical threats and obscenities on her dormitory door, being pushed in the dining hall and asked to leave a fraternity party. Her roommate moved out with no explanation.”

Anna’s story has become all too common. It should not be a regular occurrence for these horrific acts to take place. Colleges need to reform their handling of sexual assaults, and fast.

National Institute of Justice: Sexual Assault on Campus: What Colleges and Universities Are Doing About It

Clery Center for Security on Campus: Summary Of the Jeanne Clery Act

Campus Save Act: The Campus Sexual Violence Elimination Act of 2013

White House Council on Women and Girls: Rape and Sexual Assault: A Renewed Call to Action

Alex Hill
Alex Hill studied at Virginia Tech majoring in English and Political Science. A native of the Washington, D.C. area, she blames her incessant need to debate and write about politics on her proximity to the nation’s capital.
Share:
Related Items1 is 2 ManyAmherstBidenCampus RapeClery ActCollegeDepartment of EducationObamaOccidentalOffice of Civil RightsRapeSexual AssaultSexual HarrassmentStalkingStudent ActivismTitle IXViolence Against Women ActWhite House