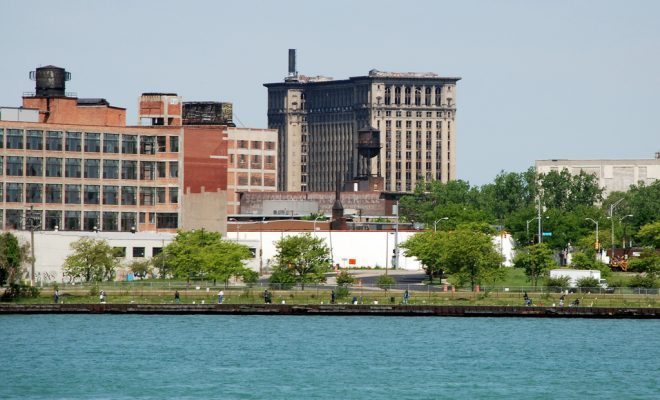 Calling in Sick: The Problems with Detroit Public Schools

On Tuesday, May 3, teachers across Detroit called in sick. Enough, in fact, that 94 of the district’s 97 schools had to close for the day. This was not the result of Zika or some other new super virus; the teachers weren’t actually sick at all and everybody knew it. So what is exactly was happening? A sick-out. In Detroit and in other places in the past, teachers have been resorting to this desperate tactic in order to protest the shabby state of schools. Read on to find out more about the “sick-outs,” why they are happening in Detroit and other places and whether or not they are doing anything to inspire the changes they are meant to incite.

A sick-out is defined as exactly what is sounds like: “An organized absence from work by workers in the pretext of sickness.” The sick-out that occurred in Detroit earlier this month was a two-day, school district-wide protest that involved over half of the area’s 3,000 teachers. After fears that the school district would not be able to pay all of its teachers for the full year heightened, many teachers began protesting.

Specifically, there are two ways teachers can be paid–with paychecks spread out over a full calendar year or only during the school year. Due to serious budgeting shortfalls, the school system is set to run out of money for teacher salaries some time in the summer. As a result, those paid year round will end up with less than those who get paid only during the school year itself. If the budget was in good shape, teachers on both pay schedules would get the full amount, just paid out over a different period of time. Teachers in Detroit already held a mass sick-out in January to protest the deteriorating conditions in many Detroit public schools, which include pest infestations, mold, and damaged infrastructure. They have so far opted for sick-outs because other traditional means of protest, namely strikes, are against the law for teachers in Michigan.

The video below looks at the most recent sick-out:

A stop-gap measure has already been in place since March in the form of a $48.7 million agreement passed by the legislature to keep schools operating until the end of June. While this temporary fix is already in place, Michigan legislators have been debating whether or not to pass an additional $700 million dollar solution. This plan would create a new school district to educate students and leave the debt to be paid off with the old district. Essentially, it would leave one district to handle the task of paying the debt and the other would only be concerned with educating students. However, even if this plan makes it through the state legislature, there is no guarantee that it will work.

These budgeting issues are largely products of Detroit’s much-publicized bankruptcy back in 2013. When Detroit declared bankruptcy, city leaders estimated it had as much as $18 billion in debts that it could not pay, ranging from pensions to bond obligations. The amount of debt was ultimately reduced to $7 billion, which included a grand bargain in which private entities agreed to donate approximately $816 million to not only reduce cuts to pensions but also to ensure the survival of other important aspects of Detroit’s culture, such as its art museum. Even with Detroit emerging from bankruptcy and early returns showing the city doing better, it is still a long path to full recovery.

The following video looks at the totality of the Detroit bankruptcy:

Where else are sick-outs happening?

This was not the first time Detroit’s teachers have fought back. In 2006, they held a strike and earlier this year held another sick-out. However, this most recent sick-out was the largest. Detroit’s teachers are also not alone in using tactics such as these to protest pay and working conditions. In 2014, teachers in Colorado staged sick-outs of their own. In that case, the dispute was partly over the collective bargaining agreement, but also over attempts to prevent changes to history courses, which conservatives within the school districts thought would reflect poorly on American history.

A closer comparison, though, may be what is happening in Chicago. While there have not been any actual sick-outs in Chicago yet, the situation certainly seems ripe for that type of action. Much like Detroit, the governor of Illinois has called for the school district in Chicago to declare bankruptcy, which would, among other things, free the district from its obligations to many of its teachers and employees.

This situation is not new to Chicago either; teachers protested in 2012 over many of these same issues and the situation was only averted through concessions from both sides. However, movements to strip state employee rights as cost cutting measures have been growing lately, as displayed by events like these as well as developments like the anti-union legislation of Wisconsin Governor Scott Walker. Chicago has already forced teachers to take unpaid days off and has laid off employees, including some teachers, to cut costs. This is also the impetus for getting the school district to declare bankruptcy–if that happens the state is no longer beholden to union agreements and may be able to reduce its pension obligations.

In order for the Chicago Public School System to declare bankruptcy, the city itself would have to declare bankruptcy. In the case of Chicago at least, it is not able to file for bankruptcy under current laws, though a proposal may be making its way through the state legislature. In 2015, Illinois Republicans proposed a bill that would make bankruptcies legal for municipalities, but it failed to pass. While it would certainly be a major embarrassment if Chicago, the third largest and a very affluent city, was forced to declared bankruptcy, many state leaders support the option.

Is any of this making a difference?

The battle in Detroit has drawn the usual criticisms from both sides. The teachers are critical of the government’s handling of the city’s finances, claiming they just want to be paid the money owed to them and be provided with acceptable conditions to teach in. Conversely, politicians called the teachers’ actions political, claiming that they are jeopardizing the futures of the students they teach. While the two sides hurl accusations at each other, it is fair to ask if what they are doing is actually improving the situation.

On the Wednesday following the recent sick-outs, teachers agreed to return to work after the state legislature moved forward on a $500 million measure to address the district’s fiscal issues. However, this deal must still be reconciled with a similar piece of legislation passed by the state’s senate before a solution can be finalized. If the two sides are unable to agree, another stop-gap measure may be used, but that would risk more sick-outs and further erode the confidence in the state government.

The video below looks at the cumulative problems plaguing Detroit Public Schools:

Can Detroit right the ship when it comes to its schools?  This is a question and a problem that is only compounded by the many complicated issues facing the city. Detroit Public Schools have lost over 100,000 students in roughly 13 years to charter schools, private academies, and attrition. That is a lot of lost revenue for any city, but it is especially taxing for one that just emerged from the largest municipal bankruptcy in U.S. history.

Detroit isn’t the only city with public schools in poor fiscal shape. Chicago is probably the most comparable example, which may soon face many of the same issues and has already taken some drastic measures to cut costs. In light of Detroit’s bankruptcy, teachers and city officials have become increasingly concerned with how the school district will meet its long-term pension obligations and even its regular teacher salaries. The same issues play important parts in the debate over whether bankruptcy is the appropriate tool to deal with the city of Chicago and its public school system.

In light of Detroit’s bankruptcy, several difficult decisions were made yet the city’s schools are still in a particularly difficult situation. If the city is unable to find a solution beyond paying off one debt by accruing another, while at the same time offering fewer services, this may not be the last time its teachers call in sick.

CNN: Most Detroit Schools Closed Again Due to Teacher ‘Sickouts’

Think Progress: Everything You Need To Know About Detroit’s Bankruptcy Settlement

The Bond Buyer: Detroit, A Year Out Of Bankruptcy, Still Faces Long Road Back

In These Times: Why Chicago Won’t Go Bankrupt-And Detroit Didn’t Have To

Fortune: Why Chicago’s Fight With Teachers Is the Sign of a Much Bigger Problem

Michael Sliwinski
Michael Sliwinski (@MoneyMike4289) is a 2011 graduate of Ohio University in Athens with a Bachelor’s in History, as well as a 2014 graduate of the University of Georgia with a Master’s in International Policy. In his free time he enjoys writing, reading, and outdoor activites, particularly basketball. Contact Michael at staff@LawStreetMedia.com.
Share:
Related ItemsBankruptcyChicagoDetroitDetroit BankruptcyProtestPublic SchoolsSick-outsTeachers