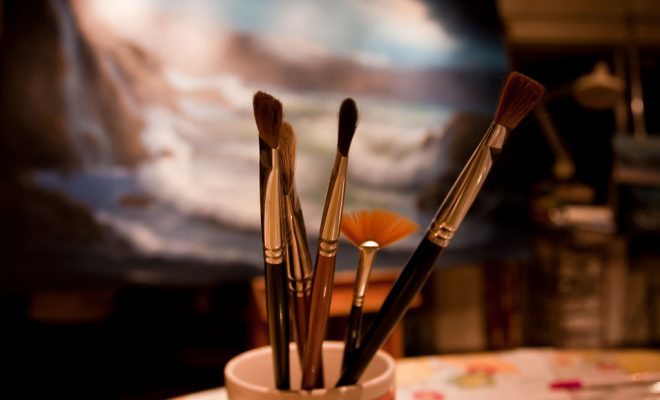 School Art Programs: Should They Be Saved?

Art education can benefit students in different ways, including improving student performance across the whole curriculum. But art programs in schools are often the first to be cut, if budget cuts are necessary. As a result, many students are missing out on the benefits of art classes. So, is it important to provide art education in schools? Read on to learn about art programs’ benefits and the issues with funding them for public school students.

What is the current state of art education in American schools?

Art education in public schools usually includes any combination of dance, music, drama/theatre, and visual arts classes. It’s usually funded by the federal, state, and local governments, but not all schools provide their students with art education.

Following the recent recession, budgets cuts were consistent in schools across the U.S., with more than 95 percent of students attending schools with significantly reduced budgets. It’s estimated that since 2008, more than 80 percent of schools nationwide experienced cuts to their budgets. As a remedy in some instances, art programs were partially or completely eliminated from affected school districts. Dance and theatre classes in particular were cut drastically. During the 1999-2000 school year, 20 percent of schools offered dance and theatre classes, but in the 2009-10 school year, only 3 percent of schools allocated funds for dance classes, and only 4 percent taught theatre. The number of schools that offered music classes didn’t change significantly over the last decade, indicating no budget cuts in that subject area, with 94 percent of schools still offering music classes. But the number of schools offering visual arts programs dropped from 87 percent in 1999-2000 to 83 percent in 2009-10. In 2013, public schools in major cities, including Chicago, Philadelphia, Los Angeles, and Washington, DC, are still struggling with budget cuts, resulting in the continued elimination of art programs across affected school districts. Due to budget constraints, fewer schools offer art classes today than a decade ago.

In addition to less money being spent on education because of the recession, various government policies, including the No Child Left Behind Act and the Common Core State Standards have placed greater emphasis on core subjects, such as math and reading. In doing so, they have sidelined arts education. In light of these policies, school districts began re-directing funds toward subjects that require standardized testing in order to increase the overall scores of their students.

The No Child Left Behind (NCLB) Act was signed into law in 2002 by President George W. Bush. The act was then re-authorized to ensure better access to high-quality education for all children, regardless of religion, race, ethnicity, or class. As the emphasis was placed on core subjects, such as math and reading, funding for art programs decreased significantly, especially for those art classes that required studio materials. As a result, art education in some schools was completely eliminated, although children still sometimes had the option to take certain art classes after school with volunteer teachers. In some school districts, art classes were still offered, but only with a limited number of seats.

The Common Core State Standards (CCSS) is a current state-wide initiative that emphasizes the development of skills needed for students to succeed in college and future careers. As of now, 46 states have CCSS and are working on implementation. Similar to No Child Left Behind, CCSS focuses on those subjects that require standardized testing, and doesn’t include art education in its core. As a result, many schools choose to allocate funds for math and English language classes, often at the expense of art education. However, the Common Core Standards references arts in the curriculum, by some estimations, 75 times. In this regard, some art educators and advocates believe that art education can be aligned with the Common Core standards. To promote integration of art classes, the new National Core Arts Standards were developed and released to the public in 2014 as a conceptual framework. In 2015, a model cornerstone assessment pilot project was launched “to demonstrate the type of standards-based evidence needed to show student achievement.” These assessments will continue in 2016.

Even though art programs were slashed nationwide, schools with higher concentrations of impoverished students or minority students suffered the most. According to 2008 data, African-American and Hispanic students were two times less likely to have access to art programs in their school districts in comparison to their white peers. Interestingly, the rates of African-American and Hispanic students who have received art education while in school have been declining since the beginning of 1990s. In 1992, 50.9 percent of African-American 18-24 year olds received art education in childhood, while in 2008, only 26.2 percent of the same demographic had access to art classes in schools. Similar numbers are true for Hispanic children: 47.2 percent had art education in 1992 and only 28.1 percent had the option in 2008. In comparison, there were no comparable rates of decline in art education for white 18-24 year olds.

Most of the schools that serve low-income students already have reduced budgets due to the recession and its aftermath. In addition, as many schools in poor neighborhoods are considered low-performing, they face an intense pressure to meet Common Core standards through math and English language tests. If a school fails these standards it may be placed into program improvement status. In this situation, art classes become even less of a priority, and may be significantly reduced or completely cut from the curriculum. Art programs in schools that have a large number of low-income students are also rarely restored. While more affluent school districts can rely on private funding to still provide art education for students, or parents can simply pay for after-school art classes, children in poor neighborhoods most likely don’t have those options. This scenario creates disparities in access to art education between communities.

What are the benefits of art education?

It’s evident that art classes are the first to be cut from the budget, the last to be restored, and often unavailable for low-income students. But why do we need art classes at all?

First and foremost, art education improves the overall performance of students, including in the core academic subjects that are often emphasized by standardized testing requirements. Students who took four years of art classes scored 91 points higher on their SAT exams than those who took half a year or less. Multiple studies also confirmed that there is a correlation between art engagement and students’ other achievements. Students who regularly participated in art classes were four times more likely to be recognized for their achievements.

Art can inspire students to create and express themselves in a variety of forms. It provides the spark that keeps children engaged and allows them to have fun while exploring the world through different art forms. Art education develops creativity and problem-solving skills, improves judgement, and shows children that there are multiple perspectives. Finally, it encourages inventiveness, helping foster innovative thinkers.

Children in elementary schools can greatly benefit from art classes, as they are still growing physically and mentally. Visual arts classes are highly recommended for developing motor skills in young children. Every time a child holds a paintbrush or cuts with safety scissors, his motor and dexterity skills improve. The same is true for developing language skills. Young children can learn colors, shapes, and descriptive words while making simple art projects and discussing them with their peers and teacher. In fact, 33 percent of children are visual learners, meaning they absorb information from images. Art classes can help to improve visual-spatial skills and hand eye coordination.

Music education at a younger age is also very beneficial as it helps to connect both hemispheres of the brain, producing long-lasting improvements in communication and listening. In fact, children who play musical instruments just thirty minutes a week have more developed brains than their peers.

Art also makes children aware of different cultures, traditions, and customs, providing a foundation for understanding racial diversity, which is an important part of American society and history. All in all, art education has tremendous benefits for elementary school students, as it helps children to develop physical skills, brain functions, and ideas.

Art classes are beneficial for students in many ways, but especially for children who are low-income and live in impoverished neighborhoods. Art programs can keep at-risk youth off the streets, and, consequently, away from correctional institutions. Not only can art programs provide incentives for these children to stay in school, but it can also improve their academic performance, including reading and math. At-risk students with a history of art involvement have higher college enrollment rates than their at-risk peers who didn’t pursue art education. They are three times more likely to earn Bachelor’s degrees than their peers. Students who didn’t take art classes are five times more likely to drop out of school before graduation. Art can help disadvantaged children to realize their full potential as it provides a safe harbor for those students who may lack a supportive environment at home.

How can we bring art programs back to schools?

It’s clear that art education is extremely important for children of all ages. As a result, many schools have begun to rely upon private funding or combinations of private and public funds when financing their art programs. Besides private donors, non-profit organizations have begun to play a leading role in funding art classes in local schools. For example, in 2013, the Eugene Education Foundation (EEF) allocated 30 percent of its grants to art education in schools. Those grants are funded by community members. EEF has also created an Artists in Residence program. This practice of bringing art experts into a classroom for a limited amount of time has proven to be very rewarding. For example, students at Awbrey Park Elementary in Oregon were able to experience Mexican arts and crafts for one month with an expert from Eugene Arte Latino. There are also many parent-teacher organizations that are fundraising for art education.

Charter schools can be also a leading force in art education. New York City has 210 charter schools, some of which have already implemented in-depth art curriculums. Ascend Learning is a network of seven charter schools in Brooklyn, modeled after elite private schools with famous paintings in the hallways to expose children to art.

On a larger scale, state initiatives can greatly improve art education in schools. California’s Core Reforms Engaging Arts to Educate (CREATE) is a large-scale project to bring arts back to the classroom, bridging the gap of budget cuts.

Art education is an important component of childhood development. It also can pave the way for a child’s academic and future success as a professional. While the picture is not that bleak across the nation, it does in some cases fall across racial lines. In this regard, non-profits, communities, teachers, private individuals, and states are already creating a wave of change, moving from perceiving art education as expendable costs toward an overall realization of its benefits. The recent development of National Core Arts Standards is a promising step, as alining art eduction with Common Core Standards can hopefully bring arts back to the classroom.

Common Core State Standards Initiative: What is the Common Core?

Americans For The Arts: Decline of Arts Education in Undeserved Populations

College Board for the National Coalition for Core Arts Standards: The Art and The Common Core

Huffington Post: Is Federal Money The Best Way To Fund The Arts? Join The Debate

The Washington Post: Will Less Art and Music in the Classroom Really Help Students Soar Academically?

PBS Parents: The Importance of Art in Child Development

Artsz: 20 Reasons Why Art is Important for Children

US News: Extracurriculars Are Central to Learning

The Hechinger Report: Do the Arts Go Hand in Hand With Common Core?

Art & Education Exchange: Where the Arts and Common Core Intersect

The AEP Wire: No Child Left Behind: A Study of its Impact on Art Education

The Notebook: NCLB: Taking a Toll on Arts and Music Education