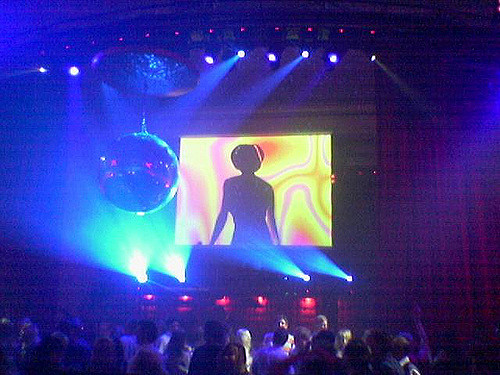 Hold Back Before You Cut Loose: A Look at NYC’s No Dancing Law

Have you ever cut loose and kicked off your Sunday shoes at a club in New York City? Unless that establishment had a Cabaret License (only 118 out of more than 25,000 do), you were breaking the law. That’s right. According to New York City law:

The City licenses bars, clubs, taverns, and discos that allow dancing. A place that is open to the public and sells food or drinks must have a Cabaret License to allow customers to dance.

This law started in 1926 during Prohibition when city officials targeted African American jazz establishments. When it was first introduced, there were several other regulations that targeted other bastions of African American culture at the time, including banning saxophones and bands with more than three members. While these other parts of the law have been repealed or found to be unconstitutional, the ban on dancing still remains. With clubs already subjected to safety regulations like fire hazards and noise violations, the Cabaret License requirement seems to serve no purpose.

A petition on change.org has recently been gaining traction. The petitioners, the Dance Liberation Network, are aiming to get 5,000 signatures to present to the New York City Council, with the goal of getting the law repealed once and for all.

The Cabaret License requires proprietors to install security cameras, appear before the community board, and pay anywhere from $270 to $535. Once the license is acquired, club owners must follow the law or risk paying $1,000 per violation. Its intent is to keep patrons safe, but with other existing laws in place, this “no dancing” ban seems superfluous. Coupled with its inherently racist roots, the law is likely on its way out.

The law had a revival during Mayor Rudy Giuliani’s tenure, and was used to crack down on different bars and night clubs. But not without protests. In 2000, protesters participated in the “Million Mambo March” where they danced all the way from Tompkins Square Park to Washington Square Park in an effort to bring awareness to the law.

In 2003 Mayor Michael Bloomberg attempted to change the Cabaret Laws to Nightlife Licences that had more logical applications. Rather than curbing dancing and saxophones (truly the Devil’s pastimes, let’s be real), the Nightlife Licences would aim to regulate noise and unruly crowds. Unfortunately, this measure was struck down.

In 2014 Brooklyn bar owner Andrew Muchmore filed a lawsuit after he was fined for having people dancing in his bar. Muchmore contends that these laws go against the First Amendment and the Fourteenth’s promise that no state shall, “deprive any person of life, liberty, or property, without due process of law.”

Muchmore also felt that the ambiguity of what dancing really is can be confusing. Could he be fined if his patrons accidentally started tapping their toes to the jukebox? What about an accidental shake of the hips as you wait at the bar? Standing on a table proclaiming loyalty to La Vie Boheme? The legal definition of dancing is vague, and it is unfair for bar owners.

Now the law is once again being challenged. By getting enough signatures, the Dance Liberation Network hopes that the New York City Council will once and for all overturn this law and let the people of New York City dance.

Anne Grae Martin
Anne Grae Martin is a member of the class of 2017 University of Delaware. She is majoring in English Professional Writing and minoring in French and Spanish. When she’s not writing for Law Street, Anne Grae loves doing yoga, cooking, and correcting her friends’ grammar mistakes. Contact Anne Grae at staff@LawStreetMedia.com.
Share:
Related ItemsBarscabaretcabaret lawsDanceIllegalnightclubsNightlifeNYC