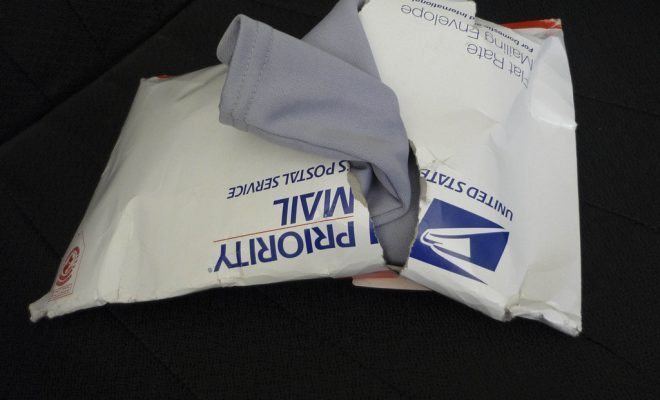 The United States Postal Service has been in financial trouble for the better part of a decade. As a society, we rely on the postal service in our everyday lives. Although email and social media are today’s go-to communication methods, we still expect some things to show up at the door whether it be bills, college acceptance letters, or items ordered from Amazon. Many give an extra tip to the mailman or mailwoman during the holiday season in thanks to that integral service all year round. Perhaps we should no longer take that service for granted. The Postal Service is in hot water with an ongoing deficit. So what actions are being taken today to rectify the budget crisis and how could it affect the average American?

Here is a brief background on how the U.S. Postal Service (USPS) came to be the organization it is today. The government created the United States Post Office Department, headed by the Postmaster General, in 1872. It was elevated from its post as a cabinet department from 1872 to 1971. The Postal Reorganization Act of 1970, signed by President Richard Nixon, replaced the U.S. Post Office Department with the current USPS. The Act came as a response to the 1970 Postal Strike. On March 23, 1970, President Nixon called in the National Guard and armed forces to counteract the large wildcat strike. The strike called for higher wages, better benefits, and safer working conditions. For example, Congress had allocated a 41 percent raise for members of Congress, while Postal Department workers only received a 4 percent increase.

The 1970 Postal Reorganization Act redesigned the branch. The newly created USPS, as we know it today, became an independent body of the executive branch with a legal monopoly over mail service. The USPS was restructured to achieve financial independence through postage sales, mail products, and services. Taxpayer money is only used in providing mail services to the disabled and Americans overseas. Although the USPS is legally responsible for its own budget, it may borrow up to $3 billion a year from the U.S. Treasury and retain a debt ceiling of up to $15 billion. As an independent but federal organization, the USPS receives many perks including exemption from vehicle licensing requirements, sales tax, local property taxes, and even parking tickets. To ensure universal service and a six-day delivery service nationwide, the USPS is granted a monopoly over first class and standard mail delivery. Competition, such as UPS and FedEx, are not allowed access to mailboxes.

What is Causing the Deficit?

The primary factor for this likely depends on who you ask because there are a few different pieces to this puzzle. One major reason: the USPS is legally bound by Congress to “prefund more than $5.5 billion annually for health benefits for future retirees,” since 2006. As of 2013, the USPS set aside about $44 billion for this specific allocation. Frankly, it’s something the USPS can’t afford. When the mandate was implemented in 2006, the USPS was financially strong. It was before the 2008 recession and explosion of other communication outlets. In 2012, it defaulted on this payment for this first time.

That brings us to our second reason for the default: lower volume. In 2006, the USPS delivered 97 billion pieces of first-class mail. In 2012, it delivered 68 billion pieces. The decline isn’t surprising with today’s innovative technologies that are only expanding. Everything seems to be going online from bills to keeping in touch. Other factors include competition from FedEx/UPS, ballooned operating costs, and the demands of the unionized workforce.

President Obama has a plan for the 2016 fiscal budget and the USPS that would potentially save $36 billion over the course of 11 years. The plan is similar to a bill introduced by Sen. Tom Carper (D-DE) and former Sen. Tom Coburn (R-OK), previously killed in Congress. For starters, Saturday delivery would be cut. This would be implemented when volumes drop to the predicted amount in late 2018. It would also replace door-to-door service with a centralized or curbside delivery service. This would perhaps ultimately be safer for mailmen and mailwomen. The plan offers the idea of “increasing revenue by providing postal management with more flexibility in creating new business opportunities, as well as boosting cooperation with state and local governments to offer services at post offices.”

The White House also addresses the mandated prefund healthcare benefits of retirees, deferring the 2015 and 2016 payments. The payments would ultimately be paid out under a 40-year amortization schedule beginning in 2017. This would bring in “$13 billion in relief to USPS through 2016.” The plan would reimburse USPS an estimated $1.5 billion in over-costs to the Office of Personal Management for federal retirement payments. It also calls for more future investments and faster technology.

Lastly, the plan calls to make the emergency price increase of postage permanent. This, however, has been struck down multiple times. The price of mail increased by three cents in January 2014, the largest rate bump initiated in 11 years. The rate of inflation should have called for a 1.7 percent increase, but it set a 4.3 percent increase. The current stamp price is 49 cents. The price increase was granted to allow the USPS extra revenue and was set as a two-year term. When the USPS initially asked for the increase to be permanent, they were rejected by the Postal Regulatory Commission. They explained that the increase was meant to counteract losses from the recession, not to alleviate losses caused by the expanding electronic industry.

In a recent development, the U.S. Court of Appeals for the District of Colombia Circuit ruled on June 6, 2015 that the priced increase could not be permanent. Circuit Judge Patricia Ann Millet wrote the following:

This ruling does not favor this one aspect of the White House’s overall plan.

There are a plethora of ideas circulating for the USPS to generate extra money. One idea is the reincorporation of the Postal Savings System. It’s a basic savings account for those who don’t wish to use a private bank. Lower-income families that don’t currently use a bank and pay bloated prices for transactions like cashing checks could potentially benefit from this system. There are more than enough post offices around the country to make this convenient for customers. Another idea is for the USPS to catch up to its communication competitors and offer email/internet services. The USPS could offer an affordable rate compared to its potential competitors. Other ideas include “a notary service, selling fishing and hunting licenses, and ending restrictions on shipping wine and beer.”

The USPS could also remodel its system to more resemble postal services in Europe. Countries like Sweden, Germany, and Finland only allocate a certain percent of the market to their national postal services. For example, the Swedish service Posten only accounts for 12 percent of Sweden’s post offices. This allows it to streamline and focus on certain aspects of the market like digital mail products. Whether this is a viable option is up in the air, but could be an idea worth considering.

The financial issues of the U.S. Postal Service have massive effects on our country from the thousands of employed postal service workers to everyday citizens receiving and sending mail. An increase in stamp prices severely affects businesses that allocate a certain amount of their budgets to sending out materials. All in all, it is a national issue. With certain actions already in place, the USPS saw a $569 million revenue increase in the 2014 fiscal year. This by no means offsets the deficit, but it proves innovative ideas can make a difference. With any luck, revisions made to the 2016 fiscal budget will provide promising results.

Washington Post: Postal Service Gets Approval for a Temporary Increase in Stamp Prices

Editor’s note: A previous version of this article stated that the Post Office was created by the founding farmers in 1972; it was created in 1872.

Jessica McLaughlin
Jessica McLaughlin is a graduate of the University of Maryland with a degree in English Literature and Spanish. She works in the publishing industry and recently moved back to the DC area after living in NYC. Contact Jessica at staff@LawStreetMedia.com.
Share:
Related ItemsBudgetDebtDeficitEconomyJobsMailMail DeliveryUSPS