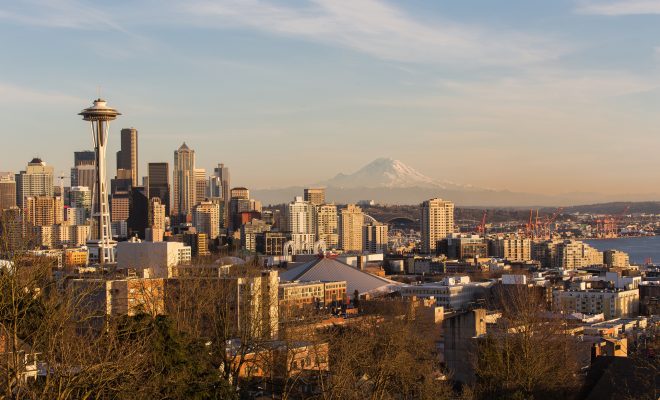 A recently published study found evidence that Seattle’s phased-in $15 hourly minimum wage has led to an overall decrease in low-wage jobs. But some analysts doubt the study’s methodology, and attribute the low-wage job decrease to Seattle’s booming labor market. Low-wage workers are simply getting paid more because of the market, critics of the study contend, thus the decrease in wages for lower paying jobs.

In 2014, Seattle became one of the first jurisdictions to commit to a $15 per hour minimum wage, a benchmark that would be phased-in over a few years. The first wage hike was in April 2015, as large businesses began paying their employees at least $11 per hour, up from $9.47. In January 2016, the minimum hourly wage for large businesses rose to $13; in January of this year, the rate finally hit $15. The wage increases for smaller businesses were more modest–many have yet to reach the $15 benchmark.

The study, conducted by University of Washington researchers, concluded the following:

Using a variety of methods to analyze employment in all sectors paying below a specified real hourly rate, we conclude that the second wage increase to $13 reduced hours worked in low-wage jobs by around 9 percent, while hourly wages in such jobs increased by around 3 percent. Consequently, total payroll fell for such jobs, implying that the minimum wage ordinance lowered low-wage employees’ earnings by an average of $125 per month in 2016.

But not everyone is taking the study’s findings at face value. For one, it has not been peer reviewed. Critics say the drop in working hours for low-wage jobs is not necessarily a result of the minimum wage bump–the decline is due to Seattle’s flowering economy, they say. Instead, some analysts say, lower wage earners have seen a paycheck bump because of natural economic trends.

“The key challenge this study faces is how to separate the normal shift that’s happening in a booming labor market — where low-wage jobs disappear and are replaced by higher-wage jobs — from an actual increase in the minimum wage,” Ben Zipperer, an economist at the liberal Economic Policy Institute, told the New York Times.

“You see the biggest difference in the effect when the minimum wage increased from $11 to $13,” said Mark Long, one of the authors of the UW study. “The timing suggests it’s the minimum wage,” he added, not the natural effects of a growing economy. But Long did allow that his study’s conclusions might be flawed: “If the areas we’re picking to put weight on don’t match what would have happened to Seattle in the absence of the minimum wage, our results would be potentially biased.”

Alec Siegel
Alec Siegel is a staff writer at Law Street Media. When he’s not working at Law Street he’s either cooking a mediocre tofu dish or enjoying a run in the woods. His passions include: gooey chocolate chips, black coffee, mountains, the Animal Kingdom in general, and John Lennon. Baklava is his achilles heel. Contact Alec at ASiegel@LawStreetMedia.com.
Share:
Related ItemsEconomyLow-Wage JobsMinimum WageSeattleUniversity of Washington