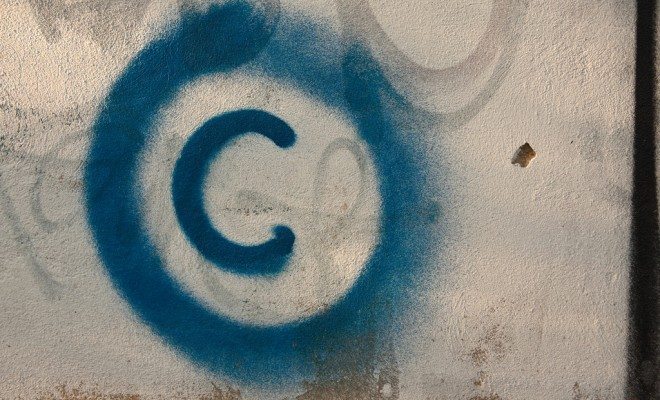 Trans-Pacific Partnership: Why is the IP Rights Chapter Receiving So Much Criticism?

Since Wikileaks released an early draft of the Trans-Pacific Partnership, a massive international free trade agreement, many groups have raised concerns about its potentially negative consequences, particularly when it comes to intellectual property. Most of the concern has focused on the potential expansion of copyright protections for pharmaceutical companies as well as the potential for stricter punishment for copyright infringement. A wide coalition of groups has since come out against the deal, including free internet groups, medical professionals, Youtubers, video game modders, and journalists.

The agreement involves 12 Pacific Rim nations (Canada, United States, Mexico, Peru, Chile, New Zealand, Australia, Japan, Vietnam, Malaysia, Brunei, and Singapore) which combine to make up about 36 percent of the global economy in terms of GDP. The objective was to lower trade barriers and access to goods in all countries involved, as well as to present a strong economic front against China.

Critics of the Intellectual Property (IP) Rights chapter see dangers to fair use of copyrighted works, corporate watchdogs, whistleblowers, and patients dependent on drug treatments. The new opponents to the TPP provide a contrast to the traditional opposition found in political and labor circles in the United States. Even Wikileaks founder Julian Assange criticized the IP chapter saying, “If you read, write, publish, think, listen, dance, sing or invent; if you farm or consume food; if you’re ill now or might one day be ill, the TPP has you in its crosshairs”

Political Objections to the TPP in the United States

In the United States, presidential candidates in both the Republican and Democratic parties have come out against the TPP deal signed by President Obama. Both primary front-runners Donald Trump and Hillary Clinton have spoken publicly against the TPP in the wake of its finalization. Despite the president’s signature, the bill still needs to pass Congress with a straight up-or-down vote. Congress voted away its right to amend the bill when it passed the TPP Fast Track Bill in June. Once they receive the document, members of Congress will have 90 days to read, debate, and ratify the treaty. According to the bill, the text of the agreement is to be made public within 30 days of the president’s decision to sign it.

Notable progressive figures like Bernie Sanders and Elizabeth Warren have a long history of protesting the TPP. Skeptics on the right claim that the treaty doesn’t do enough to reign in other countries’ use of tools like currency manipulation, which can give domestic businesses an advantageous playing field. Skeptics on the left point to the perceived failure of past trade deals like the North American Free Trade Agreement (NAFTA) and their consequences for American labor. People on both sides have also criticized the shroud of secrecy that has gone along with the negotiations.

Senator Sanders cited former trade agreements and the loss of American jobs as a result of the agreements. He also questioned whether any company would invest in the United States when they can freely go abroad to countries that allow for lower wages. He claims that the primary supporters of the agreement are large, multinational corporations and the primary victims of the deal will be American workers.

Those defending the TPP claim that the lowering of trade barriers will allow American companies to sell more of their products abroad, increase revenue, and provide for more jobs. President Obama argues that the deal will lead to the elimination of approximately 18,000 customs taxes from American goods.

The IP Rights chapter is designed to protect companies that invest in innovative products, treatments, and services and promote innovation. For countries like the United States and Japan, whose economies focus on technology and innovation, it is important to expand intellectual property rights internationally to maintain the competitiveness of domestic companies.

The TPP is also generally seen as President Obama’s attempt to level the playing field in the Pacific with China. While critics point out that China isn’t even involved in the deal, the TPP was intentionally left open-ended, which would allow it to join in the future.

Doctors Without Borders voiced concern over the IP Rights chapter of the TPP, particularly when it comes to drug patents. The United States and numerous pharmaceutical corporations spent the negotiations attempting to export the current U.S. model, which allows for 12 years of data protection. For the most part, other signatories of the TPP resisted lengthy protections, but the most recent draft includes a five-year protection (Article QQ.E.16). Skeptics argue that this as a direct attack on the generic drug market and an attempt to limit competition, which could prevent other companies from potentially driving the cost of a drug down.

There is also debate over whether patent protection in the pharmaceutical industry actually promotes research and development or hampers it. Supporters of the trade deal say that these protections will ensure companies view such investments as less risky from a financial standpoint, as they provide a guaranteed period to make a profit on groundbreaking drugs. Critics suggest that the regulations will make it more difficult for scientists to build on the work of others and could stifle the exchange of information.

It is important to note that it often costs drug companies hundreds of millions of dollars to get a drug to the market. A controversial example of this is a hepatitis C drug that cost $500 million in private investment to get to market, in addition to publicly funded university research. That drug sells for $84,000 but only costs between $70 to $140 to produce.

The IP Rights chapter also led to concerns among people whose internet habits are based around the United States copyright doctrine of Fair Use. In short, Fair Use is the concept that a copyrighted work may be copied and used in a transformative way for the purposes of comment, teaching, scholarship, or research without being in violation of copyright. While the TPP does encourage member nations to promote Fair Use-like protections for journalists, parody writers, and consumers, these protections are not mandated (Article QQ.C.4). Additionally, the TPP includes provisions that would criminalize the act of piracy or the divulging of trade secrets with fines and jail time.

These provisions have groups ranging from journalists to amateur manga writers concerned over the TPP. While there isn’t as much concern in the United States regarding fair use, there is the question of how violations of copyright and trade secrets would play out if an international corporation is involved. Gamers also fear that the provisions in the TPP could make game modding effectively a criminal offense, as software would fall under the category of “trade secrets.”

However, these fears seem somewhat unfounded given Australian Trade and Investment Minister Andrew Robb’s assurance that his country would only support the provisions that are consistent with the existing government. It seems unlikely that the TPP will force the wholesale change of member states’ copyright laws to the extent feared.

Views from Around the World

The recent election in Canada shed some light on where the country currently stands on the TPP. Former Prime Minister Stephen Harper viewed the deal as crucial, particularly for Canada’s auto industry. Current Prime Minister-designate Justin Trudeau’s main point of contention with the TPP is the secret nature of the negotiations. He hasn’t committed to approving or rejecting the agreement until he’s carefully evaluated the deal.

The TPP’s predicted beneficiaries in Canada are its agriculture industry and its consumers of foreign imports, particularly from Japan, as many tariffs will be removed over the next five years. Most of the deal’s partners view Japan as a major potential marketplace for agricultural products.

A major part of the TPP for Australians was the assurance that they wouldn’t be subject to additional penalties for online piracy. As stated above, it appears unlikely that the current Australian government will alter its piracy and copyright laws to criminalize offenses critics fear. However, the language in the IP Rights chapter still has some alarmed with the potential damages that film and television companies could seek for illegal downloads of their products.

Medical professionals in New Zealand responded to the leaked IP Rights chapter with concern over rising prices of pharmaceuticals and the installation of potential patent extensions. Potential cost increases could place a heavy burden on the country’s healthcare system and cost the government hundreds of millions of dollars. Currently, New Zealand has strong price protections for drugs in order to prevent high costs for consumers, but the agreement could lead to a challenge of those protections. The country’s prime minister acknowledged that under the TPP, drug prices will likely go up due to its data protections, but he argued that those costs would not significantly affect consumers.

The primary concern for Japan is how the TPP will impact the state of its agriculture industry. Prime Minister Shinzo Abe argues that the agreement will allow Japan to boost its agricultural production, despite Japan having to increase its annual imports of tariff-free goods from TPP members. Japan’s large corporations are also expected to benefit significantly from the agreement, perhaps most notably auto manufacturers who will benefit from new markets.

For now, the debate regarding the TPP will rage on in all 12 of the countries that hashed it out over the last five years. In the United States, the deal faces significant opposition from both parties, notably the Democratic party, as well as support from many Republicans and large corporations. Across the Pacific Rim, doctors and healthcare agents have raised concerns over the language found in the IP Rights chapter and are warning of rising costs in the drug market.

Journalists and other professionals who are dependent upon Fair Use view the punishments allowed for in the TPP for divulging trade secrets and copyright infringement as deterrents to doing their jobs. Concerns have even been raised in the gaming community, who feel threatened by the expansion of copyright protection internationally.

Given the language of the document and the assurances of political leaders across the Pacific Rim, it seems unlikely all of these fears will come to pass. However, the detractors also have reason for concern as international copyright laws will likely face some change.

Doctors Without Borders: Statement by MSF on the Conclusion of TPP Negotiations in Atlanta

The Globe and Mail: The ABCs of TPP

The Japan Times: Too Early for TPP Cheers

BBC News: Trans-Pacific Partnership: What is it and What Does it Mean?

Bernie Sanders: Sanders to Senate: No on TPP

Tarmack: The TPP Effect on the Video Game Industry

Samuel Whitesell
Samuel Whitesell is a graduate of the University of North Carolina at Chapel Hill having studied History and Peace, War, and Defense. His interests cover international policy, diplomacy, and politics, along with some entertainment/sports. He also writes fiction on the side. Contact Samuel at Staff@LawStreetMedia.com.
Share:
Related ItemsFree TradeInternational CooperationPivot to AsiaTPATPPTrade AgreementTrans-Pacific Partnership