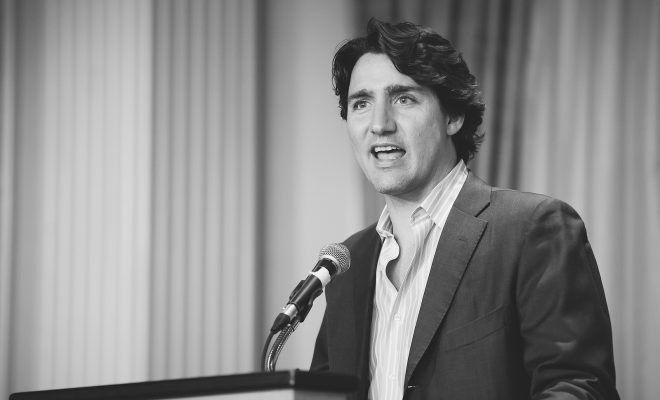 In the first meeting between two drastically different leaders, President Donald Trump and Canadian Prime Minister Justin Trudeau reaffirmed the U.S.-Canada partnership in regards to trade, the environment, and security. While the two men are nearly three decades apart in age, and worlds apart in temperament and outlook, the countries they lead have a rich history of cooperation, especially in trade and security.

A statement released by the White House following the meeting said the U.S.-Canada friendship will continue “to build a prosperous future for the people of both countries.” “Millions of American and Canadian middle-class jobs, including in the manufacturing sector, depend on our partnership,” the statement said. “We affirm the importance of building on this existing strong foundation for trade and investment and further deepening our relationship, with the common goal of strengthening the middle class.”

Both Trump and Trudeau have a stake in bolstering the U.S.-Canada economic partnership. Trump’s harsh trade rhetoric during the campaign–he regularly admonished free-trade deals, and questioned the wisdom of NAFTA–and his promise to bring manufacturing jobs back to the U.S. could eventually set up conflicting visions and priorities for the two countries. But if Monday’s meeting is any indication, the U.S.-Canada partnership remains firmly intact.

A prominent feature of Monday’s meeting was the importance of women in business. Before their closed-door meeting, Trump and Trudeau met with businesswomen from America and Canada, including leaders from General Electric, Accenture, and General Motors. Ivanka Trump was also present at the meeting, which she helped organize and recruit participants for. After Trump and Trudeau met, the White House announced a “United States Canada Council for the Advancement of Women Business Leaders-Female Entrepreneurs” task force.

In a press conference after his meeting with Trudeau, Trump said the two discussed how “the full power of women can do better than anybody else.” Cooperation between the U.S. and Canada will continue beyond the economy. The White House statement said their environmental interests are “inextricably linked.” The U.S. and Canada will continue to collaborate on trans-national infrastructure projects like the Keystone XL oil pipeline, which Trudeau supports and Trump recently revived after years of U.S. opposition to the project.

Trump and Trudeau also pledged to fight the opioid epidemic, which is ravaging both countries. Accidental deaths in the U.S. are now primarily caused by drug overdoses, surpassing car accidents. Cyber security and cooperation on the battlefield are also areas of collaboration for the U.S. and Canada. “The partnership between the United States and Canada will continue to be unique and a model for the world,” the White House statement said.

Alec Siegel
Alec Siegel is a staff writer at Law Street Media. When he’s not working at Law Street he’s either cooking a mediocre tofu dish or enjoying a run in the woods. His passions include: gooey chocolate chips, black coffee, mountains, the Animal Kingdom in general, and John Lennon. Baklava is his achilles heel. Contact Alec at ASiegel@LawStreetMedia.com.
Share:
Related ItemsDonald TrumpFree TradeJustin TrudeauKeystone XLNAFTA