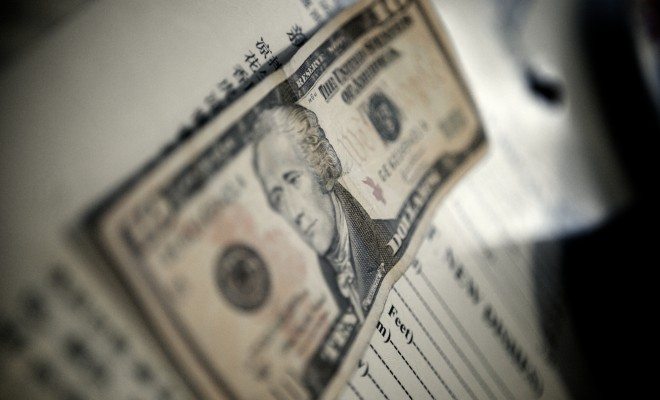 The Trouble With Tipping

Tipping is a cultural practice that is deeply ingrained in the American service industry, particularly food service, that most of us have not stopped to consider. If we eat at a restaurant, we leave a tip for the person waiting on us. There are dozens of social rules about how and when to tip and being a “good tipper” is considered a positive social trait.

Tipping also allows restaurant owners to defray some of their labor costs onto the customers who use their services. The rules in each state are different but organizations like the National Restaurant Association lobby for a lower minimum wage for wait staff, which is then supplemented by tip income. Their rationale is that lowering the costs for employers allows them to hire more wait staff and increase their profitability, which in turn puts their workers in a better position.

So what are we actually doing when we leave a tip for a waiter at a restaurant? Are we encouraging efficient service or subsidizing the profits of restaurant owners?

The most common tipping scenario we come across is tipping wait staff at a restaurant, so let’s use that as an example for how tipping actually works in practice. In many states, wait staff employees are exempt from being paid the usual minimum wage. Instead, they are paid a much lower wage by their employer, the restaurant, and make the rest of their money in tips. In theory, the restaurant is supposed to pay the waiter more if their tips plus their base wage do not equal the minimum wage. For example, if the minimum wage is $7 an hour and the restaurant pays $2 as the base wage, if the employee isn’t getting $5 an hour in tips the employer is supposed to “top off” and pay them extra. For a breakdown of which states require employers to “top off” and how much take a look at the Department of Labor chart here.

There are basically three kinds of states: full credit, partial credit, and no credit. These terms indicate whether employers are able to get a tax credit for topping off their employees’ wages to meet the minimum requirements. Full credit states follow the federal minimum wage for tipped employees, which is $2.13 an hour and then rely on customer tips to raise the wage of those employees to the state minimum wage. Workers in partial credit states earn somewhere above the federal $2.13 minimum but below whatever that state’s minimum wage is. So the cost of labor is still being subsidized but not quite as much. In no credit states (there are seven including D.C.) tipped workers and non-tipped workers are paid the full minimum wage, meaning that employers cannot take a credit for topping off their employees’ wages because their base wages already meet the state requirement.

The chart below from the Economic Policy Institute shows how poverty rates correlate to state requirements for tipped workers.

An added problem with the “topping off” policy is that it doesn’t always happen. A compliance sweep of 9,000 restaurants by the U.S. Department of Labor’s Wage and Hour Division found that 83.8 percent of these restaurants were in violation. This resulted in $56.8 million dollars being collected in back wages for the employees at these businesses. Because employees have to insist upon it and the actual calculations are complicated, businesses may not consistently pay these employees what they are supposed to and these employees end up earning less than the minimum wage.

For a more thorough explanation of the concept and how it can affect wait staff, take a look at this segment from PBS:

For a waiter in a state that allows this practice there are a lot of potential problems. Tipping is often based not on the quality of service but on race and perceptions of attractiveness. This can lead to employees who are working the front of the house on the same shift–covering the same amount of tables with the same level of efficiency–making vastly different wages because one is white and one is black. There is also a $4 per hour wage gap between white workers and workers of color in the restaurant industry due to the positions workers of color can get–they may work as bussers versus servers, for example.

Most restaurants do not split the tips that are received between “front of house” (the wait staff) and the “back of house” (the kitchen staff). So the people who prepare the food are not rewarded at all in the tip. They aren’t given a higher base salary to compensate for this either. In fact, there is a gross disparity in pay between workers in the front and back of the house, even though working in the kitchen requires training and is arguably just as difficult as working in the front of the house.

This is even stranger when you consider that the tip for the wait staff is calculated as part of the cost of the meal, which typically depends on the quality of the ingredients and the cooking. But the staff responsible for that increase in quality doesn’t get rewarded. If a restaurant runs a special on a particular dish, reducing its price and therefore the tip, it does not make the waiter’s job any easier yet they are paid less. Tipping and the wage disparity that it creates can lead to a shortage of labor in the back of house and resentment between the staffs.

Why Do We Still Tip?

If tipping is so unfair to the wait staff and to the back of the house why are we doing it? Basically, tipping is a subsidy for the restaurant business. It allows restaurants to offer their potential wait staff less money than they otherwise would have to in order to attract workers. Restaurants are also able to pay their employees below the minimum wage because they are supposed to earn the difference in tips. And if tipped employees still make below the minimum wage, restaurants can get a tax credit for paying the difference.

Requiring that restaurants pay their workers a higher base wage rather than relying on tips to make up the difference would, according to advocates of the current structure, cause restaurants to close, cut staff, or increase prices–all of which have economic consequences. The restaurant industry supports many Americans and their families. If they are forced to pay the full minimum wage they would need to cut labor costs by firing workers or raise their prices to make up the difference. Raised prices would ultimately reduce their profits because a reduction in demand and that would be catastrophic to the families that rely on these restaurants.

However, the restaurant industry is also not supporting many American families. When workers aren’t taking home a reasonable living wage they end up relying on government services to meet their needs or foregoing those necessities. This effectively creates a second subsidy by the public for the restaurant industry, allowing them to pay their workers less than they need and then having taxpayers pick up the rest of the cost.

Tipping industries effectively split the responsibilities of the employer between business owners and their customers. It creates a divided loyalty from the staff to please their bosses and their customers, which sometimes leads to conflict and sometimes to abuse and discrimination. Tipping artificially lowers the cost of operating the business so that employers will be able to make a profit in a competitive industry, rather than letting capitalism take its course and eliminate an industry that may not otherwise survive.

That may not be a bad thing. Or at least not entirely a bad thing. An effort to eliminate tipping to help the workers in the restaurant industry, and correct the unfairness that tipping creates, might help them right out of their jobs. And deciding that you no longer wish to tip at restaurants will only get you some dirty looks. Even if tipping is unfair and a system of a higher base wage would be preferable for workers, it would only be preferable for employees who work for businesses that can afford to pay their employees more. Others could potentially lose their jobs because of an increase in labor costs.

The Washington Post: I Dare You To Read This And Still Feel Good About Tipping

Slate: What Happens When You Abolish Tipping

Mary Kate Leahy
Mary Kate Leahy (@marykate_leahy) has a J.D. from William and Mary and a Bachelor’s in Political Science from Manhattanville College. She is also a proud graduate of Woodlands Academy of the Sacred Heart. She enjoys spending her time with her kuvasz, Finn, and tackling a never-ending list of projects. Contact Mary Kate at staff@LawStreetMedia.com
Share:
Related ItemsDepartment of LaborMinimum WageRestaurant IndustryTipped Minimum WageTippingWaiters