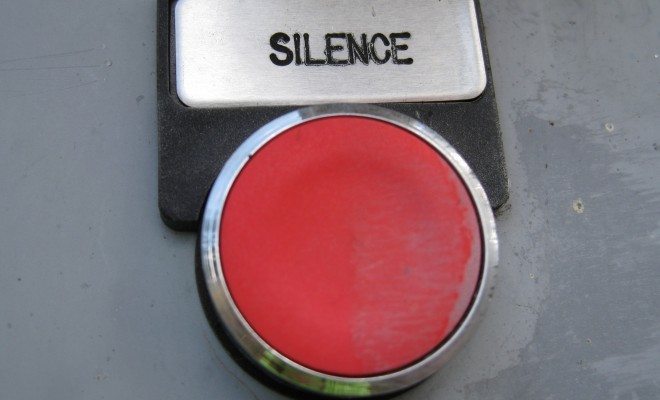 Talking About Pay In The Workplace: Is Sunlight The Best Disinfectant?

My most recent job was working as what I affectionately refer to as a “wage-slave” at a Trader Joe’s. As far as wage-slave jobs go it was a very upbeat environment, I was paid $13 an hour and treated respectfully by all the “mates.” However, on my first day, they explained to me that we are not supposed to talk to our fellow employees about how much we make. It did not seem like a suggestion. Prior to working at Trader Joe’s, I managed a team of psychologists, teachers, service providers, and secretaries at a company that provided services to preschoolers with special needs. The policy there, directly from Human Resources and our bosses, was not to discuss our salaries with each other. I had similar warnings when I worked for Starbucks at the age of 16 and later when I worked for the coffee chain again at the age of 26.

None of these warnings ever stopped me from discussing my wages with my co-workers at any of these jobs but warnings like this do silence many people. Most employers would argue that silence is a good thing. Co-workers discussing their pay with each other could lead to a hostile work environment and pay secrecy protects workers’ privacy. But being able to discuss pay without fear of retaliation is seen as an essential tool to combat discrimination and promote fairness in pay. As Justice Brandeis once said, sunlight is the best disinfectant and allows workers to learn that they are being discriminated against and do something about it.

Discussing pay in the workplace is, actually, already protected by federal law.  There are carve-outs and exceptions but employees are generally protected from retaliation for discussing pay with their co-workers. It’s just that nobody knows about it. This article from NPR gives an explanation of the federal law that gives employees this right and how it works.

The federal law that establishes this protection, the National Labor Relations Act (NLRA), was designed to encourage collective bargaining, which necessitates that employees have the ability to get together and discuss the issues they face at work. But those who think we should be encouraging workplace pay transparency argue that the law does not have enough teeth. One glaring omission is that agricultural workers are not protected. Since many agricultural workers tend to be less educated than office employees they may deserve additional protection, not less.

Policies that try to prohibit employees from discussing their pay are widespread, both in hourly jobs and in salaried positions. According to the Institute For Women’s Policy Research, it is pretty clear that pay secrecy policies are widespread throughout the United States. Some of these are cultural prohibitions and some are in employee handbooks and other written policies. In the private sector, 62 percent of women and 60 percent of men work for a company with pay secrecy policies. For all workers, 51 percent of women and 47 percent of men report that discussion of pay is either discouraged or prohibited.

For an employer, pay secrecy can be an important tool for keeping peace in the workplace. The fear is that pay inequality, even when it is justified, could lead to jealousy between employees when made public. It also is in the employer’s best interest to keep the workplace stable; keeping pay rates secret may help to limit turnover because employees are less motivated to leave if they are not certain they are being underpaid. Secrecy also increases privacy for employees who may not want to discuss their salaries with other co-workers, as that may be something that they want to be kept personal. That is often because talking about money is considered socially taboo. Pay secrecy also lets employers compete for top talent by offering them a financial incentive. Employers might not want to offer their most green workers more money than their existing employees if salary information is publicly available.

Employers who want to be able to keep their pay secret would argue that the practical costs of revealing rates outweigh the potential benefits. It would be difficult to maintain cooperation in the workplace among employees, especially in situations where there was a wide disparity in what similarly situated employees made. Even if those differences were justifiable they would be so unpopular with the employees who received less compensation that it would cause dissension. It would also be difficult, if not impossible, to both publish pay rates for employees and be respectful of the privacy of those who may not want their personal salaries advertised to their co-workers. Finally, there is no proven cause-effect relationship between discrimination by race or sex and pay secrecy. Such discrimination does exist but it is not necessarily because of pay secrecy but rather other social factors at work. Disclosing pay rates would increase acrimony  between companies and their employees.

New laws to increase the effect of penalties for violating the NLRA with “gag rules” that keep pay rates secret have many supporters. And laws such as the Paycheck Fairness Act, which was ultimately defeated, seek to go even further. There may be practical concerns with making pay more transparent, but it is ultimately necessary to combat discrimination based on both race and gender. Pay secrecy does not necessarily cause discrimination but it creates a culture in which it is allowed to flourish.

In her book “Grace and Grit: My Fight For Equal Pay and Fairness at Goodyear and Beyond” Lilly Ledbetter gives her account of how she was discriminated against on the basis of her sex. Had she not been discouraged from discussing pay with her fellow employees she would have discovered this injustice much sooner. The culture of maintaining silence was so powerful that she only discovered the discrimination through an anonymous note–despite the fact that both her employer’s insistence on that silence and how it compensated its employees were illegal. You can watch her discuss her experience on CSPAN-2 here.

In the video below Ledbetter discusses her Supreme Court battle over the same issue on the Rachel Maddow Show.

Her story indicates that people on both sides of the pay transparency debate are correct. When Ledbetter learned about her pay it greatly upset her, caused conflict with her employer, and ultimately led to litigation. That litigation was, however, necessary because learning about her pay in comparison to her colleagues revealed a pattern of discrimination. Had she learned about the difference in pay sooner she would have been able to confront the issue immediately. Litigation might actually have been avoided entirely if a transparent culture was in place at Goodyear from the start–she probably would not have accepted a position where she was paid 40 percent less than her similarly situated male colleagues. The company would not have been able to attract female workers and the market would have forced them to change their pay structure before a lawsuit did so. In the long run, transparency would have been more efficient.

Other Potential Benefits To Pay Transparency

Pay transparency may also positively impact morale, rather than destroy it as the conventional wisdom would suggest. When employees feel trusted to make decisions and weigh information intelligently they may be more likely to have a positive view of the company they work for. The main predictor of job satisfaction and whether an employee will seek to leave is based on their perception fairness. According to research done by Payscale, employees who think they are being paid less than they are worth (even in some cases where that is not true) may look to leave while employees who know they are being paid less but feel the reason is legitimate (such as the company being newly formed) are willing to stay. People also may be more eager to apply to work for companies that advertise pay transparency as a policy or core value. If companies want to retain and attract new talent, then keeping pay a secret may not be the best strategy.

Pay transparency would also require that employees take into account factors that justify disparities in pay as well as ensure that such disparities only exist for justifiable reasons. When pay rates are secret, employees may feel that they have something to hide or that the employees are not trusted to make reasoned judgments given the facts–both of which could have a negative impact on worker morale. But when companies make pay transparency their policy it may have an opposite effect–making workers feel like they work for a company that is not keeping secrets about their compensation and that the company values discussion in its culture.

There are benefits to the employer that pay secrecy provides. It can increase privacy and an absence of what many would find to be socially awkward, or even hostile, encounters in the workplace. Making pay rates transparent could lead to problems for employers who would have to change their cultures and deal with the economic and political consequences of sharing this knowledge.

But pay transparency has its benefits as well. Workers cannot hope to speak out against discrimination and fight for their right to equal pay if they are barred from even finding out if they are being wronged in the first place. Pay secrecy effectively keeps them from finding out and, therefore, prevents them from ever being able to do something about it. And to a certain extent, pay secrecy is already against the law in many cases, as most employers are not allowed to discourage or punish open discussion of wages.

Pay secrecy versus pay transparency is ultimately a cost-benefit analysis between the interests of capital and labor. Companies must figure out whether the stability and workplace harmony that pay secrecy can provide is more important than the opportunity for an open dialogue to shine a light on potentially discriminatory practices.

Psychology Today: Pay Secrecy: Do You Want To Know What Your Colleagues Are Paid?

The Atlantic: When The Boss Says, ‘Don’t Tell Your Coworkers How Much You Get Paid

Goodreads: Grace and Grit: My Fight For Equal Pay and Fairness At Goodyear and Beyond

Fortune: How Pay Transparency Can Keep People From Quitting

Quartz: After Disclosing Employee Salaries, Buffer Was Inundated With Resumes

Mary Kate Leahy
Mary Kate Leahy (@marykate_leahy) has a J.D. from William and Mary and a Bachelor’s in Political Science from Manhattanville College. She is also a proud graduate of Woodlands Academy of the Sacred Heart. She enjoys spending her time with her kuvasz, Finn, and tackling a never-ending list of projects. Contact Mary Kate at staff@LawStreetMedia.com
Share:
Related ItemsEconomyInequalityNational Labor Relations ActPay TransparencyWagesWork