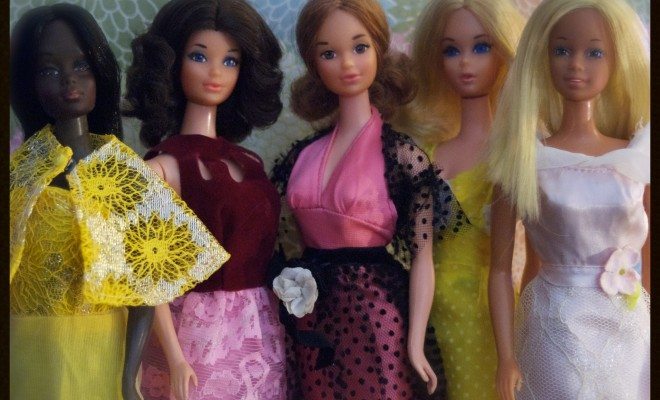 A Tale of Two Barbies: Did Mattel’s Labor Law Violations Fly Under the Radar?

On November 20, China Labor Watch released a report on labor conditions at five toy manufacturing companies in China. The nonprofit sent undercover representatives to a variety of factories. The toy companies investigated in the report are suppliers to both Hasbro and Mattel, two of the largest and most successful toy distributors in the world. While Mattel’s alleged labor violations should take center stage, the story has been crowded out by Mattel’s advertising campaign in preparation for the holiday sales season. Read on for a look at the recent competing stories on Mattel and the concerns over labor conditions at the company.

Mattel, based in California but with a variety of third-party contractors in China, is the world’s biggest toy company. Mattel is responsible for the design, production and marketing of toys sold to both consumers and larger vendors (such as Toys ‘R’ Us or Target). Besides its incredibly famous Barbie, Mattel is the parent company of Fisher-Price, Hot Wheels, Matchbox, and American Girl. China Labor Watch, a nonprofit which strives to increase transparency and advocate for workers’ rights, has accused Mattel of underpaying and overworking Chinese workers. China Labor Watch’s first formal report on Mattel was published in 2012, yet the nonprofit claims to have seen little change in labor conditions in the intervening years. After embedding numerous representatives in the factories and conducting hundreds of interviews, the nonprofit stated that:

Workers making Mattel toys are forced to stand for 10 to 13 hours, exceeding the nine-hour working-day limit stated in Chinese law. In some factories, fire escapes are blocked and emergency exits are locked, posing fire-safety concerns.

According to an interviewee protected by a pseudonym, workers in Mattel partner factories work up to 13 hours a day in unsafe conditions with no fire escapes. After hours, these workers share overcrowded dorms with no access to proper sanitation. Managers were accused of being abusive and forcing workers to build toys even when they were sick or struggling to reach their quotas. Those who protested risked losing their jobs. After China Labor Watch’s investigation, the French nonprofit Peuples Solidaires established an anti-Mattel petition protesting the labor conditions in the Chinese factories, but it had only minimal success.

Mattel claimed to be taking steps to improve working conditions and address the issues raised by the nonprofit, but the accusations continued to crop up during 2014 and 2015. Despite this constant stream of violations, Mattel has reportedly continued to operate with the same vendors in the same labor conditions.

China Labor Watch’s report could have encouraged a wave of protest against Mattel but instead, two other stories are dominating the media this month: Barbie’s first ad featuring a young boy and the company’s falling share prices as the holiday season approaches. While China Labor Watch’s report appears to have only been covered in depth by Fortune, dozens of web sites and TV shows covered the new Mattel ad and the company’s holiday earnings.

Earlier this month, Barbie ran its first ad for the new limited edition Moschino doll, featuring a boy playing with the doll. Mattel received praise for the ad campaign, which was hailed as a move for gender equality. Companies such as Disney have already made similar moves to encourage gender parity with their toys, removing “girls” and “boys” labels from their merchandise. However, major toy commercials have long aimed to incorporate both boys and girls, so Mattel’s doll advertisements are somewhat late to the movement.

Though Mattel was hailed as the architect of the campaign, in reality, it was Jeremy Scott, creative director of Moschino who masterminded the campaign–Scott modeled the young boy in the commercial after his own childhood self. The ad has been described by both Scott and Mattel as a “fauxmercial”–a creative statement not actually designed to be official marketing for the doll. The advertisement, real or not, has drummed up significant sales for the doll–it has already sold out of stores and can now be found Ebay and other resale sites for a massive mark-up. The advertisement went viral online but has not been moved to television.

Barbie may be one of the most famous toys in America, but Mattel has been struggling with sales over the past several years. According to Forbes,

Sales of the fashion doll have slumped for the past four years, down 16 per cent in 2014 and showing no signs of improvement. Even American Girl, Mattel’s once-hot line of pricey historical collectibles, has disappointed in recent years. Sales were down 2 per cent in the third quarter of 2015. Starting next year, Barbie will be faced with new competition from rival Hasbro, which won Mattel’s long-held license to sell the hugely popular Disney Princesses line of movie tie-ins, including Frozen heroine Elsa.

As the holiday shopping season opens up, toy companies are counting on the months of November and December to make or break their sales portfolios. Mattel needs an incredibly successful holiday sales season to make up for the lack of growth in past quarters, but at the moment, short interest on Mattel is sitting at an all-time high. In order to impress investors, Mattel must make a major profit during Black Friday super sales but competition from Hasbro may make that difficult. Not only has Hasbro licensed Disney Princess toys, it has also cornered the market on Star Wars merchandise on the eve of the release of the new Star Wars film. The after-effects of Black Friday and holiday season may ultimately decide the fate of both toy companies, but at this moment, Hasbro’s success is virtually locked in.

However, Hasbro was also named in the China Labor Watch report for labor violations in the manufacturing of several of its toys (including the Star Wars line). According to a statement from Hasbro spokeswoman Julie Duffy,

We are aware of the China Labor Watch report and take their allegations very seriously. We require all Hasbro products to be manufactured in accordance with rigorous ethical standards, and that all third party facilities ensure employees have a healthy and safe working environment. Hasbro combines industry best practices, strategic partnerships, and strict auditing standards to respect the safety, well-being, and dignity of workers, and works continuously to ensure compliance with all third party facilities

Mattel also released a statement in the wake of the China Labor Watch report,

We are aware of the China Labor Watch report and take their allegations very seriously. We require all Hasbro products to be manufactured in accordance with rigorous ethical standards, and that all third party facilities ensure employees have a healthy and safe working environment

But all eyes are on both Mattel and Hasbro regarding their sales, so the alleged labor violations appear to have taken a back seat.

Lack of Attention on the Labor Violations

According to the report, Mattel’s third party companies have been consistently violating labor laws for several years. Over the past few weeks, Mattel has been associated with the Moschino ad and the battle over Black Friday sales but the labor violations discussed in China Labor Watch’s report have gone virtually unnoticed. Mattel’s frequent violations of Chinese labor laws could be inspiring outrage, but they are not well publicized enough to be making waves in the public discourse. Hasbro is guilty of the same infractions but it has kept its name largely out of the headlines this month.

Unfortunately, Mattel’s financial suffering only makes it increasingly likely that it will utilize Chinese labor in the future. With production costs soaring and little profit, the company will likely remain reliant on the cheap labor provided in China. Though there has been more scrutiny placed on Chinese labor oversight in recent years, the labor conditions are still, on the whole, deplorable. There may even be an increase in labor law violations as the company adopts a “nothing to lose” attitude to selling its toys at any cost.

There is some hope, however. In July of 2015, workers at the Jingyu Toy Products company in Shenzhen, China went on strike to protest minimal wages and long hours spent building Hasbro and Mattel toys. When the factory was relocated, 100 workers went on strike, asking for severance pay and retirement insurance. The strike was isolated, and did not inspire similar action across China, but it is important to consider how protest and public scrutiny can impact these companies.

Children across the world will spend their holiday unwrapping dolls, toy cars and building blocks that were manufactured in the harshest conditions. Companies that work with third party vendors must be held accountable for the actions of their third party vendors abroad. Mattel received positive coverage during the release of the fauxmercial for the Moschino Barbie that let the company circumnavigate a public discussion of labor violations. But in the coming weeks, it will be interesting to see if we open the dialogue on labor laws rather than just focus on sales during the holiday season.

China Labor Watch: The Other Side of Fairy Tales: An Investigation of labor conditions at five Chinese toy factories

Bloomberg: Bearish Bets on Mattel Surge Ahead of Black Friday

Jillian Sequeira
Jillian Sequeira was a member of the College of William and Mary Class of 2016, with a double major in Government and Italian. When she’s not blogging, she’s photographing graffiti around the world and worshiping at the altar of Elon Musk and all things Tesla. Contact Jillian at Staff@LawStreetMedia.com
Share:
Related ItemsBarbieChinaChina Labor WatchHasbroLabor LawsMattelToys