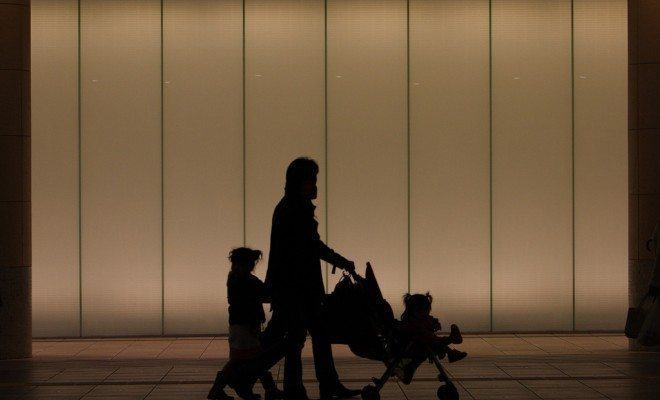 It Takes a Policy: The Fight Over Paid Family Leave in the United States

The city of San Francisco recently approved a measure guaranteeing fully paid parental leave for the birth or adoption of a child for up to six weeks. With this new policy, San Francisco becomes the first city in the United States to offer 100 percent of a worker’s salary during parental leave. While this is a major step for the “City by the Bay,” the fact that San Francisco is the first to make paid leave mandatory is also a troubling sign for the rest of the country.

Read on to find out what exactly San Francisco’s law means, who is following the city’s lead, and why the United States lags so far behind other countries.

San Francisco’s policy guarantees an employee his or her full salary during the six-week parental leave period. However, this policy actually builds on a plan that already exists within the state of California. California’s state policy guarantees 55 percent of an eligible worker’s salary for the same period, funded using employee contributions and administered using an insurance fund. Essentially, San Francisco’s policy promises the other 45 percent, but this time, the employer pays the cost.

Like minimum wage increases, San Francisco’s new policy will not take effect immediately. Instead, it will be phased in beginning in 2017, when companies with 50 or more employees will be required to meet the new standard. Companies with 35 employees will follow in July of the same year and finally those with 20 or more employees in 2018. Eligible workers will have to work at least eight hours a week, spend at least 40 percent of their work week in San Francisco, and wait 180 days after being hired in order to be covered by the policy.

The video below provides some additional detail on San Francisco’s new policy:

While San Francisco and California’s system is the most comprehensive, other states and cities have similar plans. Three states have long had their own policies in place: New Jersey, Rhode Island, and Washington. Like California, New Jersey’s policy covers six weeks while Rhode Island’s guarantees only four.

Like California, these states, with the exception of Washington, created their policies as an extension of existing short-term disability programs. The programs are largely based off of short-term disability programs that only five states have in place. The programs are funded by withholding a small portion of employee wages each paycheck, much like Social Security. Washington  passed a law for paid family leave but state legislators have yet to fund the effort, which has prevented its implementation.

In addition to these states, New York recently passed a program of its own. New York’s policy covers employees, both part-time and full-time, for up to 12 weeks. Furthermore, there will be no exemptions for small businesses and employees will only need to be with a company for six months to be covered. The program is funded through an insurance model, which involves taking small payments for the program from each worker’s paycheck. In this sense, the policy is a lot like the ones in states that built on existing short-term disability insurance programs.

New York’s paid leave plan will, like San Francisco’s, be implemented gradually–the full 12 weeks of leave and 67 percent of pay will not be guaranteed until 2021. One of the New York plan’s greatest strengths is its job protection component, which prevents someone from losing his or her job for taking leave. This expands on current federal law, which guarantees full-time employees’ job protection and 12 work weeks of unpaid leave.

While these programs are a start, only five states have them and the programs that do exist still leave the United States behind most of the developed world. Even Bangladesh, which is not a country typically associated with progressive social rights, has a mandatory 16-week policy. However, for stronger programs to be enacted in the United States, it will likely have to start on the federal level and right now that doesn’t seem probable.

Problems with the System

There are several problems with the current state of family leave in the United States beyond the lack of paid leave in most places. This starts at the federal level with the Family and Medical Leave Act (FMLA), which was passed back in 1993. While the FMLA does guarantee up to 12 weeks of leave for parents for childbirth or adoption, to care for an ill family member, and for an illness that prevents someone from working, the leave is unpaid. Even this unpaid leave comes with caveats, as it only applies to employees who have worked at their current company for over a year, have worked more than 1,250 hours in the past 12 months, and work at a company with more than 50 employees.

Democrats in Congress have proposed a law that they hope will fill in the holes left by the FMLA. Senator Kirsten Gillibrand introduced the Family and Medical Insurance Leave Act last year. This bill calls for the federal government to guarantee up to 66 percent of a worker’s income for 12 weeks in the case of serious illness or a new child. This would cover all workers regardless of how long they have been employed, the size of the business, or any of other existing limitations. To fund this leave the bill proposes a new payroll tax of 0.2 percent, which would be about $1.50 for a typical worker based on an estimate from the National Partnership for Women & Families.

Unfortunately, it is pretty unlikely that this bill will make its way through Congress, especially with a Republican majority in control of both houses that seems unlikely to take up the bill. Even a Republican alternative, proposed by House leader Paul Ryan, seems unlikely to gain traction due to Congressional Democrats’ criticism that it would attack essential worker’s rights.

The following video looks at some of the problems with the existing system:

The United States is the only industrialized country and one of just three countries in the world to not guarantee some type of paid parental leave. Attempts to change the status quo in the United States have often been met with backlash. In California, for example, the Chamber of Commerce labeled it as potentially the number one killer of jobs when the bill was passed. The National Federation of Independent Businesses and the Society for Human Resources management are also opposed to forcing companies to offer paid leave. This sentiment has been echoed all over the U.S. by many small businesses as well, where fears of costs are too great to garner support.

All this negativity, though, may not be well-founded. A 2011 survey in California, taken six years after the state implemented a family leave program, found that 90 percent of companies felt that the policy had either a neutral or positive impact on the work environment. Even more telling, this positive effect was seen at higher levels among small businesses relative to large ones, despite fears of overwhelming costs.

Another major issue in the fight over paid parental leave is that it is seen as a women’s issue, and not an issue for both parents. Unsurprisingly, in a country that does not offer paid leave to mothers, the United States does not give the option to new fathers either. This is another characteristic that sets the United States apart from the rest of the world–47 percent of countries offer leave to fathers as well as mothers.

Giving men time off allows them to help with childcare duties and also enables women to improve their health and sustain their careers, as evidenced in countries with well-established programs like the ones in Norway and Sweden. Without paid leave for men, most of the childcare responsibility is placed on mothers, often forcing them to take more time off from work, which can make returning to the labor force even more difficult. Unpaid leave also has a significant effect on single mothers who must both care for their children and work in order to make ends meet.

Without the option to take paid leave, some women and men are forced to put off having children until a later age when they are more financially established. However, waiting longer to have children risks increasing fertility problems. While these concerns have been somewhat reduced through improved egg-freezing methods, which companies like Facebook have promised to help pay for, in-vitro fertilization is still not always effective and can be particularly expensive.

Efforts to implement a more comprehensive family leave system have regularly run into a number of arguments for why it should not be done–it will hurt small businesses, it is too expensive, and so on. The issue has also become increasingly gendered, as opponents claim that only women need time off. However, none of these arguments hold water. Paid time off is important for both men and women and most plans also seek to cover medical and family emergencies as well.

Yet the resistance remains, and the United States remains an outlier among developed countries. Part of this is due to an antiquated piece of federal legislation that offers time off but little else, including no pay. While many state and local governments have taken it upon themselves to address the issue, these policies are far from widespread in the United States. In order to implement a comprehensive paid family leave program, Congress will need to take action at the federal level. This will inevitably require more taxes, but a program of this nature may be necessary to ensure the United States remains competitive in the world economy.

NPR: Is It Time To make Medical and Family Leave Paid?

Govtrack: Summaries for the Family and Medical Insurance Leave Act

Time: Company-Paid Egg Freezing Will Be the Great Equalizer

Bustle: Paid Paternity Leave Is Essential For Gender Equality. Why Is The United States Taking So Long To Catch On?

The Atlantic: Work in the Only Industrialized Country Without Paid Maternity Leave

Michael Sliwinski
Michael Sliwinski (@MoneyMike4289) is a 2011 graduate of Ohio University in Athens with a Bachelor’s in History, as well as a 2014 graduate of the University of Georgia with a Master’s in International Policy. In his free time he enjoys writing, reading, and outdoor activites, particularly basketball. Contact Michael at staff@LawStreetMedia.com.
Share:
Related ItemsCaliforniaMaternal LeavePaid Parental LeavePaid Paternal LeavePregnancySan FranciscoUnpaid Leave