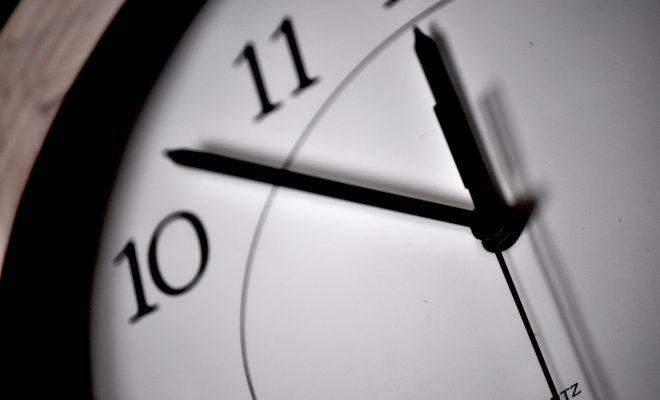 Overtime Changes: Is it Time for More Time and a Half?

When I last worked in an office (many moons ago) I was one of the millions of workers who are exempt from overtime. I did have some managerial responsibilities but I would not have characterized my job as “executive” or “professional.” Anyone with some common sense and a calendar could have effectively done the work I was doing. But because I was above the $23,660 per year threshold I was not eligible for overtime pay for the extra hours I worked. Depending on the season (my work ebbed and flowed dramatically based on the school calendar), I could work 60 hours a week and still be scrambling to get it all done; I could also be hunting for projects outside of my department just to make up a full work day. I started to think that I MIGHT be better off as an hourly wage worker because then at least I would be getting paid for how much I was working. But under the system, I was sometimes working 20 hours a week for free.

The recent changes in overtime rules are designed to address this concern for many employees who find themselves in a peculiar middle place. They are working more than 40 hours a week, but instead of being paid time and a half for the time they put in over 40 hours, they are barred from compensation for those hours because they make more than $23,660 a year or $455 per week. They are working for free. The recent changes to overtime rules–which will go into effect late this year–will raise the threshold from 23,660 to $47,476 per year. Meaning that all the workers who earn between $23,660 and $47,476 will now be eligible for time and a half–one and a half times their regular wage–for each hour they work beyond the 40-hour work week.

Are these workers going to be better off? Or are we going to place such a burden on employers that we actually do harm to these employees?

All About That Base

Nothing is more exciting than the phrase “let’s do some math!” but to understand the debate surrounding overtime we have to look at the numbers.

The previous $23,660 threshold, which was established in 2004, works out in the following way. Let’s say you have a job where you are right at the $23,660 and not eligible for overtime. If you are working 40 hours a week then the magic of math breaks that down $11.38 an hour gross ($23,660 a year divided by 52 weeks per year divided by 40 hours each week). That’s better than the federal minimum wage. But if you are working 60 hours a week for that same salary with no overtime eligibility, you’re only making $7.58 an hour. That’s barely more than the $7.25 federal minimum wage and in many states it’s actually lower than the required minimum.

If your $23,660 a year job is being a manager at a retail store and you’re working 60 hours a week with no overtime, there is a good chance that you are making less than the employees that you manage. Which seems inconsistent with the whole idea of managers being worth extra pay for their expertise and responsiblities and unfair that you are working for less than the minimum wage or working for free. Either way, you slice it that’s a fairly raw deal.

Under the new rules, which raises the threshold to $47,476 per year or $913 per week, many salaried workers are now entitled to overtime pay. In the same scenario as before–with a worker earning $23,660 per year–he or she would be paid the same 11.38 for a 40 hour work week. But for a 60-hour work week, that worker would make an average of 13.27 per hour, when you include the 20 hours of time and a half pay. That is a considerable improvement from the $7.58 per hour that he or she would earn without overtime.

In the video below, PBS NewsHour gives a brief explanation of how the overtime regulations currently work and what the proposed changes will do for workers.

There are a few points to unpack from that video in terms of the arguments and counter-arguments for overtime. The reason that some people don’t think this is a sound policy is because employers are likely to react in several ways which could have negative consequences for employees.

The first way they might react is by reducing hours for workers who would be newly eligible for overtime and hiring multiple part-time workers instead in order to keep their labor costs about the same as they were before the change in the rules.

But is this necessarily a bad thing for the existing workers? Maybe not. Currently, a worker who is putting in 60 hours a week for a salary of $36,000 a year won’t be losing any money if their company reduces them to 40 hours a week and then hires someone else to work for 20 hours a week to avoid paying overtime. In fact, if you think about your time as having a monetary value you are getting more money because you are getting 20 extra hours a week back in time. The trickier scenario is a company that decides to change from one employee working 60 hours a week to two employees working 30 hours each–while also reducing the salary of the original employee or paying them on an hourly basis. This would, in fact, be a reduction in that worker’s total wages from $36,000 to about $27,000 per year (assuming that the hourly rate was the same).

That’s a significant decrease and a trade that many employees might not want to make for 30 extra hours a week. In a job market that had more positions available, those individuals would be able to get a second job for 30 hours a week. If it had a comparable salary they would actually be doubling their income. But in an economy where there isn’t a second job to take on with your extra time, this could be financially devastating.

In fact, some economists argue that increasing the threshold for overtime eligibility would be a good thing overall because it will help create jobs. Some employers will choose the second option of splitting one job into two. This change could be a mixed blessing for workers–a source of more jobs even if it might depress wages.

Another way employers might respond is by increasing salaries for workers to the new $47,476 per year cap, thereby rendering them ineligible for overtime. For workers who are close to that level, it may just be cheaper for employers to pay an extra few thousand dollars a year than to deal with the added hassle of calculating overtime pay or the added expense of paying it. Workers in that situation will get a raise.

In the video below, the Department of Labor explains the history of overtime as well as the recent rule change:

Obviously increasing labor costs places a burden on employers and some employers will have difficulty accommodating. The argument against increasing the overtime threshold essentially boils down to not wanting workers to lose what they already have in an effort to get a deal that is fairer. Instead of elevating worker wages, changes in overtime may decrease worker pay overall and alter the flexibility that some workers enjoy.

One of the benefits of being overtime exempt, some argue, is that you have more freedom from your employer to work a 30-hour week to make up for the 60-hour week you had to work. That was my experience when I was working–although culturally at the office it may breed resentment when other employees see you leaving early or not working Fridays if they don’t also see you working late or doing some of your tasks from home on the weekends. But for many workers, the mythical 30-hour work week never comes and so employees have essentially just charitably donated hundreds of hours of their time to their employers. Or they have worked as “managers” for less than the minimum wage.

The greatest danger that this change in overtime rules presents is that employers may cut workers and not replace them, making the unemployment situation worse. For some companies that will undoubtedly be the case and these businesses will take hits in productivity and be run by skeleton crews. But it is unclear whether, on balance, the changes will do more harm than good or more good than harm. And it is hard to anticipate how many workers will be cut versus how many will get raises. It’s even harder to know beforehand whether this change will be worth it for the overall health of the economy.

If you look at the numbers an increase in overtime benefits is undoubtedly helpful for those workers who currently are putting in more than 40 hours a week at their jobs. They will be more fairly compensated for the hours they work. But the larger effects on the economy are tricky to determine. Depending on how employers react, and how much of an increase in labor costs employers can absorb, this change can have serious negative impacts as well.

There will undoubtedly be some job loss and wage depression, as well as job gains and wage increases. As we get closer to the December 1 deadline when this change will go into effect, there will probably be more predictions about how this will ultimately shake out. But the fairness argument that workers should be paid for the time that they work when they aren’t actually making the high salaries for an executive or professional role is hard to refute.

US News: Are The New Overtime Rules About To Boost Your Paycheck?

The Atlantic: Overtime Pay For Millions of Workers

Mary Kate Leahy
Mary Kate Leahy (@marykate_leahy) has a J.D. from William and Mary and a Bachelor’s in Political Science from Manhattanville College. She is also a proud graduate of Woodlands Academy of the Sacred Heart. She enjoys spending her time with her kuvasz, Finn, and tackling a never-ending list of projects. Contact Mary Kate at staff@LawStreetMedia.com
Share:
Related ItemsDepartment of LaborEmploymentLaborMinimum WageOvertimeRegulations