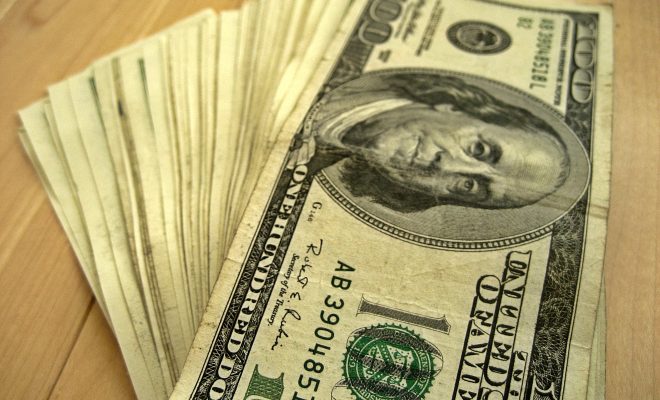 Not About the Benjamins: Is the United States on the Verge of Eliminating the $100 Bill?

Last November, India began a campaign to eliminate large bills from its currency by removing 500 and 1,000 rupee notes from circulation. The goal was to go after criminals guilty of everything from tax evasion to drug trafficking by eliminating their means of accumulating wealth. This is not just a limited effort, however, as other countries, including the United States, are monitoring the situation in India and considering following suit. Read on to see if the U.S. is ready to actually scrap the $100 bill, what impact it will have on the country, and if the rest of the world is likely to follow suit.

The move by India’s Prime Minister, Narendra Modi, was aimed at recouping some of the estimated $460 billion in untaxed wealth, which is equal to as much as 20 percent of India’s GDP. Modi was also seemingly attempting to fulfill a campaign promise to go after so-called “black money” in the economy. Despite these motivations, this led to a massive cash shortage that instead ended up affecting the poor the most and caused the IMF to slash their growth forecasts for India by a full percent. Nonetheless, even though the government failed to take these factors into account, some people hid their wealth in items such as gold, and the fact that the 500 rupee is not really a large bill, the move was still widely popular. The video below looks at the impact of the Indian government’s decision to eliminate the 500 and 1,000 rupee notes:

There have also been calls in the United States that large bills should be eliminated, although the exact methods with which the nation would do so are unlikely to copy those used by India. The charge here is being led by Harvard economist Kenneth Rogoff, whose plan calls for eliminating any bill larger than $10 over a 15-20 year time period. The goal would be similar to that of India, namely to target tax evaders and money launderers. Rogoff claims this would be an especially effective move on the part of the U.S. because 75 percent of the $100 bills worldwide are actually held abroad, many by Mexican cartel leaders and Russian oligarchs. Rogoff believes that, since most transactions in the United States are done electronically, unlike in India, eliminating these bills would not be a major change.

While Rogoff and other Harvard economists such as Peter Sands have suggested making the change, there is still no plan to eliminate big bills as of yet; in fact, there is actually strong pushback against the idea. A group of government agencies that include the Treasury, the Federal Reserve, and the Drug Enforcement Agency are opposing the move for a number of reasons.

The first reason that people are opposed to the move is cost: removing $100 bills and replacing them with twice as many $50 bills would wipe out any profit made by the government through printing money. Second would be usage: while many people do not carry $100 bills, about 5.2 percent of the U.S. population still do, which equals millions of people. Lastly, although criminals may be inconvenienced by having to literally carry more bills, eliminating $100 bills would just force them to use other bills or find other means to accumulate wealth. In fact, cash shipments in smaller bills have already been seized at the border. The following video looks at whether or not the U.S. is likely to eliminate the $100 bill, and some of its potential effects:

Economically, a switch to smaller bills or to no cash altogether is also a mixed bag. As mentioned earlier, by eliminating larger bills, the government would lose out on profit made from the difference in printing the bills versus the cost of printing, because higher bills generate more revenue. The term for this is seigniorage. The estimated cost would be roughly $6 billion annually, which may seem like a lot but pales in comparison to what the government alternatively spends fighting crime funded by cash and large bills.

A potential positive economic impact of the move would be in regards to monetary policy. During recessions, central banks lower their interest rates, which makes keeping money in savings accounts less appealing and instead encourages spending. However, there is something known as the “zero lower bound,” where the interest rate actually becomes negative and banks start charging people to save their own money. At this point, rational people would withdraw their money and keep the cash until interest rates were raised. This would be much harder to do with many smaller bills and impossible if there were no bills at all.

Whether or not the United States decides to follow India’s lead in eliminating large bills, the movement is not dead on arrival. Nearly two decades ago Canada eliminated the $1,000 bill from its currency to combat the very same criminal activities India is targeting. Singapore is eliminating its $10,000 bill as well. India is not even the only nation in the developing world doing away with large notes, as Venezuela recently outlawed its $100 bill with the goal of fighting crime. There is even some precedent in the United States: in 1969, the United States did away with $500, $1,000, $5,000 and $10,000 bills because of lack of use, as they were almost entirely utilized for moving money between different Federal Reserve branches.

It is in Europe, however, where the most aggressive steps have already been taken. Last march, the European Union announced it will discontinue using the 500-euro note and stop replacing it entirely by 2018. While other large currency notes are often used by criminals, the 500-euro note had become so ubiquitous among criminals that it had garnered the unflattering nickname “the Bin Laden” after the former terrorist leader. But some critics are quick to point out, as they have in other countries, that eliminating big bills just forces illicit funds into other venues. Some also contend that this is a way to force people to spend more, because banks would be forced to use negative interest rates to reduce the larger number of bills in their safes. The accompanying video looks at the impact of eliminating the 500-euro bill on Europe:

Some countries in Europe have gone even further: in Sweden, for example, there is an unofficial yet concerted effort to do away with cash entirely. In that country, only 2 percent of national wealth is held in bills or coins and only about 20 percent of total transactions are processed in cash, so the move makes some sense. However, a switch of this magnitude and nature does not come without consequences. People who do not have access to the apps that are replacing cash and cards, such as older individuals and refugees, may find themselves unable to pay for basic necessities if the transition is made. Additionally, if all transactions are made electronically they are more susceptible to hacking and government oversight. Nevertheless, Sweden is not alone in this push, with Denmark and Norway also following suit.

Reducing the supply of big bills or even eliminating cash altogether comes down to a simple cost benefit-analysis. Having smaller bills will force much of the money associated with the black market economy out into the open, and at the very least it will make it harder to carry. However, as had been mentioned, there are numerous alternatives to keeping illegal funds in cash.

Conversely, while by making transactions increasingly with cards or electronic forms of payment may make it harder to hide crime, it also makes everyday purchases easier to track. This includes not only tracking by the government, but also by websites or corporations. It would make it more likely that information will get stolen by hackers or other nefarious groups as well, simply because there are more opportunities. This is not even factoring in the effort it would take to acquaint many people with the new form of payment or the effect it could have on monetary policy.

In some places this trade-off has seemingly been deemed acceptable, but for the most part it has not caught on worldwide. Cash, even in large bills, is likely to remain king until security and privacy concerns are considered less of an issue compared to concerns over how criminals are hoarding their ill-gotten gains.

Michael Sliwinski
Michael Sliwinski (@MoneyMike4289) is a 2011 graduate of Ohio University in Athens with a Bachelor’s in History, as well as a 2014 graduate of the University of Georgia with a Master’s in International Policy. In his free time he enjoys writing, reading, and outdoor activites, particularly basketball. Contact Michael at staff@LawStreetMedia.com.
Share:
Related Items$100 billCurrencyEconomyFederal ReserveIndiaindian rupee