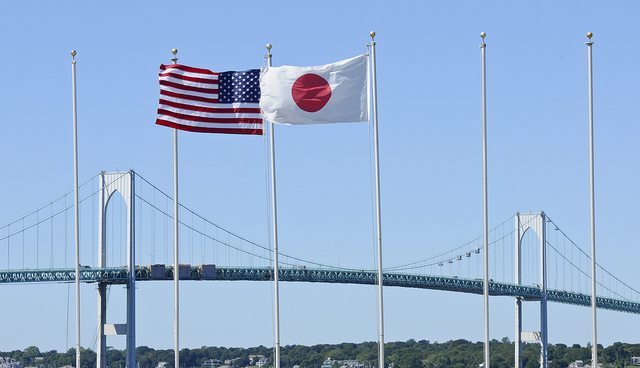 What’s Going on With the Trans-Pacific Partnership?

It’s been about a month since the Obama administration publicly announced that the negotiations on the Trans-Pacific Partnership (TPP) were completed, and just last week the full text of the agreement was released to the public. It will be the largest free-trade agreement in history, including 12 counties and roughly 40 percent of the global economy.

The umbrella agreement writes universal rules and standards for trade markets around the Pacific. Although all the countries involved still need to ratify the agreement, the release is an important step in that direction. In the United States, President Obama is now in the midst of securing Congressional consent, despite heavy criticism. This will likely be an uphill battle that comes down to one basic question: will the TPP benefit the U.S. economy and global markets? While the text of the 30-chapter deal was only recently made public, trade groups and labor unions are already entrenched in their support or opposition for the deal, which will become even more contentious in the coming months.

An Overview of the TPP

Why does the United States support the TPP?

According to the White House, the TPP will establish American leadership and influence in the Pacific. President Obama strongly supports the deal because he believes that it will strengthen the U.S. economy and national security. According to the U.S. Trade Representative, the deal is meant further U.S. interests and create an equal playing field for everyone “by requiring other countries to play by fair wage, safe workplace, and strong environmental rules that we help set.” The TPP will also cut over 18,000 taxes that countries have on American goods and services, which may help American companies gain additional access to global markets.

The Trans-Pacific Partnership is intended to make the United States highly competitive in the Pacific while prioritizing American interests and values. According to the White House, the TPP does this by eliminating preferential treatment of state-owned enterprises over American businesses, protecting trade secrets, ensuring open internet access, and creating fair markets between the United States and foreign countries.

What’s Covered by the TPP?

In short, almost everything. The pact will affect 12 countries and over 40 percent of the world’s economy and a massive amount of goods and services. For example, tariffs will be removed on textiles and clothing and potentially eliminated for carmakers. Tariffs on American cars are as high as 70 percent in Vietnam, making their removal a major win for the U.S. auto industry. Currently, American poultry is taxed up to 40 percent in some countries and soybeans are taxed as highly as 35 percent. Other foods that may be affected include dairy, sugar, wine, rice, and seafood. Major food-exporting countries like New Zealand and Australia stand to benefit from the removal of these barriers.

Removing tariffs is not the only potential consequence of the TPP; there are also notable, but controversial, patent protection provisions. The TPP would allow pharmaceutical companies eight years of protection on new biotech drugs. Doing so ensures that pharmaceutical companies can profit from new groundbreaking drugs, but may also keep prices high as competitors have to wait longer to make generic versions. The TPP intends to removal global internet barriers as well. For example, Google will be able to sell products in foreign markets that are currently restricted. The intended reduction of global roaming charges could cause an increase in competition among Telecom heavyweights. For more information on the intellectual property implications of the TPP check out Sam Whitsell’s issues brief explainer.

The TPP also creates new labor standards for all countries involved. Each country must adhere to the International Labor Organization’s (ILO) Declaration on Fundamental Principles and Rights at Work. The TPP protects unions, prohibits child labor and forced labor, and standardizes minimum wage and work hours, along with a variety of other protections. The agreement also strengthens international environmental standards with new resource protections. The White House argues that these provisions will “level the playing field” between the United States and the other countries and President Obama has also called it the “most progressive trade deal in history.”

It’s called the Trans-Pacific Partnership, right? One could reasonably think that China’s massive economy would be involved–China is the largest exporter and second largest importer in the world. But China has, so far, not played a role in the negotiations and has no plans to join the agreement.

In fact, the White House argues that, “with the TPP, we can rewrite the rules of trade to benefit America’s middle class. Because if we don’t, competitors who don’t share our values, like China, will step in to fill that void.” The TPP specifically attempts to work around what some perceive to be obstructionism from China. Despite being part of the World Trade Organization (WTO), China has made free trade agreements more challenging to develop. The TPP ultimately allows for Chinese inclusion, but isn’t designed to “Chinese specifications” and cannot be vetoed by China. The agreement seeks to spread Western values to many of China’s important trading partners.

Some believe sidelining China is a mistake, even if the United States is trying to limit China’s control. Felipe Caro and Christopher Tang, business professors at UCLA, argue that the idea that China can be locked out of the agreement is naive, as China is the world’s leading trading nation. China has loaned money to and indebted a variety of countries, in an effort to spread its influence abroad. As of the end of 2014, China gave Bangladesh $3.8 billion and Pakistan $17.8 billion, which illustrates the power and influence that China has in many developing nations. Furthermore, China is aiming to create the Asian Infrastructure Investment Bank, an international bank that according to Caro and Tang “would help finance infrastructure projects across the Asia Pacific.” They further note that the bank has the support of “47 regional and 20 non­regional members, including TPP nations, such as Australia, Brunei, Malaysia, New Zealand, Singapore and Vietnam.”

China also has pre-established trade agreements with a number of TPP members. This could severely hinder the efficiency of the TPP in practice. China has a lot of leverage at its disposal and leaving China out of the negotiations may have unforeseen consequences.

While Congress has not yet decided on the Trans-Partnership itself, there have been a number of votes on related issues. Before we get into those, let’s go over some of the acronyms that get thrown around in discussions of the TPP.

The Transatlantic Trade Investment Partnership (TTIP): A separate trade deal that the United States is negotiating with the European Union. According to the U.S. Trade Representative:

T-TIP will help unlock opportunity for American families, workers, businesses, farmers and ranchers through increased access to European markets for Made-in-America goods and services. This will help to promote U.S. international competitiveness, jobs and growth.

This agreement is related to the Trans-Pacific Partnership in that it will also utilize the Trade Promotion Authority that was recently passed by Congress–which brings us to our next definition.

Trade Promotion Authority (TPA): This simply means that Congress cannot amend or filibuster the TPP or TTIP. Congress must vote on each trade deal exactly as it is–yes or no. Trade Promotion Authority is what many refer to as the “fast track” method. It authorizes the president to formalize trade agreements with countries abroad, limiting Congress to simply voting to approve an agreement. In terms of Congressional oversite, TPA will give members of Congress access to read the negotiating text, receive briefings on negotiations, have time to review the deal, and outline objectives for the U.S. Trade Representative.

Trade Adjustment Assistance (TAA): Initially created in the Trade Act of 1974, it offers compensation to workers and companies hurt by trade agreements, along with job search and training assistance. According to GovTrack, the current TAA would give states more control over job assistance and reduce healthcare costs to workers affected by the TPP. Historically, trade assistance has always been associated with Trade Promotion Authority because it appeases Democrats, who worry about the effect of trade agreements on blue collar workers. Although TAA initially failed in Congress after it was separated from TPA, it was eventually included in the Trade Preferences Extension Act, which passed several days later.

Criticism of the TPP

There are many TPP supporters who believe that the agreement will stimulate economic growth in all countries involved. President Obama wrote in a press release that “if we can get this agreement to my desk, then we can help our businesses sell more Made in America goods and services around the world, and we can help more American workers compete and win.” However, there are many loud critics of the partnership in the United States.

A major fear is that American jobs will be shipped overseas to developing countries. The 1994 North American Free Trade Agreement (NAFTA), the TPP’s predecessor, remains controversial in the United States. Although some claim NAFTA boosted small to medium sized American businesses, others argued that the agreement resulted in the loss of thousands of domestic jobs to foreign countries. Free trade agreements inspire competition between international labor forces, which can cause jobs to move to where businesses can save money. For example, with increased integration under the TPP, the American labor force could be forced to compete with workers in Vietnam where the hourly wage is $2.75 and labor laws are less strict.

Others also argue that the politics of other nations involved are equally delicate. For example, Australia has a major problem with the TPP’s potential consequences for the pharmaceutical industry, as it will extend the length of patents for drug companies. Critics claim that these extensions will result in decreased competition, leading to inflated prices for name brand drugs. Poorer countries could have even less access to life-saving medicines due to the influence of intellectual property protections on drug prices.

It is also interesting to note that Presidential Candidate Hillary Clinton, a former supporter of the TPP as Secretary of State, recently came out against the deal after having supported it in the earlier stages of negotiations. When asked about her stance on the deal in the Democratic debate, Clinton responded:

It was just finally negotiated last week, and in looking at it, it didn’t meet my standards. My standards for more new, good jobs for Americans, for raising wages for Americans. And I want to make sure that I can look into the eyes of any middle-class American and say, ‘this will help raise your wages.’ And I concluded I could not.

She expanded on her position in an interview with PBS.

It seems that Democrats and Republicans alike have doubts on this agreement, despite its aggressive backing from the White House.

Although the text of the deal was only released recently, the fight behind it has become particularly heated over the past several months. As politicians, trade and labor groups, and the public continue to review the text it is likely that it will become even more controversial in the coming weeks. Congress will soon have to vote on the deal, which could have wide-ranging implications for the United States and other members of the protocol.

The White House: Statement by the President on the Trans-Pacific Partnership

The White House: The Trans-Pacific Partnership

BBC: TPP Trade Deal: Who are the Winners and Losers?

Fortune: Leaving China out of the TPP is a Terrible Mistake

The Atlantic: Why Americans Are Turning Against Free Trade

BBC: TPP: What is it and Why Does it matter?

Politifact: What Hillary Clinton Really Said About TPP and the ‘Gold Standard’

USTR: Strategic Importance of the TPP

Jessica McLaughlin
Jessica McLaughlin is a graduate of the University of Maryland with a degree in English Literature and Spanish. She works in the publishing industry and recently moved back to the DC area after living in NYC. Contact Jessica at staff@LawStreetMedia.com.
Share:
Related Items2016 ElectionChinaFree TradeJapanTPPTrade AgreementTrans-Pacific Partnership