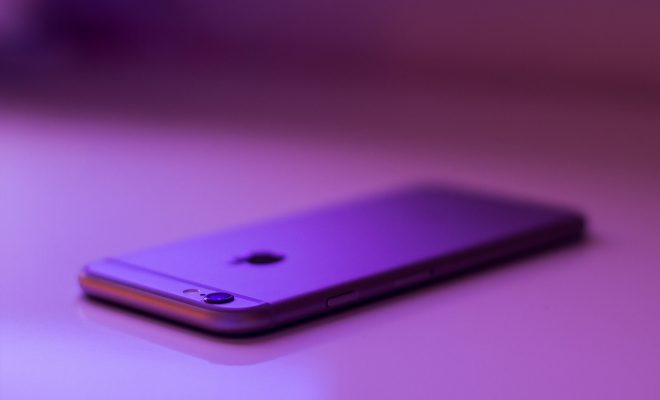 Recently, the European Union determined that Apple must pay $14.5 billion in back taxes to Ireland. Unsurprisingly, Apple is challenging the ruling and claiming that its arrangement with Ireland was perfectly legal. What is surprising is that Ireland may actually support Apple’s appeal and claims it doesn’t want the money, a concept that many in the United States support as well.

Read on to find out what this scandal has revealed about the tax policies in Ireland and the E.U., how corporations avoid paying higher taxes, and what the likely ramifications would be for Apple if is ultimately forced to pay the taxes in Ireland and other nations around the world.

The decision against Apple was handed down by Margrethe Vestager, the head of the E.U.’s competition committee. The competition commission has taken it upon itself to go after corporations and countries that strike unfair tax deals, with companies such as Starbucks and Amazon also under investigation. However, this is the first major case brought against a company operating in Ireland.

Ireland, for its part, already has one of the lowest tax rates in the world at 12.5 percent, something it uses as a comparative advantage to attract companies to relocate there. However, that rate is actually significantly higher than the tax rate it agreed to with Apple. In 2013, a United States’ Senate committee discovered a deal between Ireland and Apple that called for a 2 percent or lower tax rate for the company. Both parties have seemingly taken the “lower” option, though, as Apple was allegedly being taxed at a rate of 50 euros for every 1 million euros made or 0.005 percent. While that number is up for dispute, it is clear that the effective tax rate that Apple faced was remarkably low.

This remarkably low tax rate was what the E.U. had taken issue with. The E.U. argues that when countries like Ireland give special tax rates to certain companies they are engaging in anti-competitive behavior that unfairly punishes companies without these deals. But regardless of the ruling, the United States would not be able to tax the money Apple stashed overseas unless it is brought it back into the United States.

In the video below, Margrethe Vestager explains the recent E.U. ruling:

For its role, Ireland has been labeled a “tax haven.” However, countries serving as tax havens, while unscrupulous, are not necessarily breaking any laws. In fact, many corporations who take advantage of what these nations are offering have made dodging taxes into a virtual art form. Individuals can use tax havens to legally refrain from paying a variety of taxes such as inheritance, capital gains, and even regular income tax while companies take advantage of low corporate tax rates.

While Ireland gets the most attention for its low tax rates because of the situation with Apple, it’s deservedly so as a quarter of Fortune 500 companies had offices there which they may use to pay lower taxes. There are a number of places, mainly in Europe and the Caribbean, in which low tax rates, lax enforcement, or protective banking laws make for attractive spots to place wealth and profit.

Companies are able to avoid paying U.S. taxes by booking their profits in countries with particularly low tax rates. We can tell that companies do this because these countries are often small, yet the profits from large multinational companies are quite big. In some cases reported profits in certain countries actually surpass the GDP there. The following quote from the Citizens for Tax Justice, a left-leaning think tank, sheds light on what is actually happening:

It is obviously impossible for American corporations to actually earn profits in a given country that exceed that country’s total output of goods and services. Clearly, American corporations are using various tax gimmicks to shift profits actually earned in the U.S. and other countries where they actually do business into their subsidiaries in these tiny countries. This is not surprising, given that these countries impose little or no tax on corporate profits.

Just as Ireland is not the only country with a low corporate tax rate and a willingness to strike a deal with American companies, Apple is not alone in moving its profits abroad in order to avoid paying the high U.S. tax rate. As of this year, American companies had $2.4 trillion in income that has not been repatriated and instead is being held outside the United States. If that money was brought back to the United States, the subsequent taxes would amount to nearly $700 billion. While Apple has over $200 billion in profits held overseas, it is hardly alone. High-profile companies such as Microsoft and Pfizer also hold substantial amounts of cash outside the United States.

The main culprit for all of this is allegedly the U.S. corporate tax rate, which at 35 percent is one of the highest in the developed world and one of the highest overall. While some companies have discussed moving their money back to the United States–particularly if there were a window or a temporary tax holiday like the one in 2004–many are pursuing another course. Namely, many large companies have resorted to corporate inversions, in which an American company merges with another, often smaller, company located in a country with a low corporate tax.

Companies employ other, similar techniques as well. One is something known as earnings stripping, where a U.S. subsidiary issues debt to their foreign parent company, thereby lowering its taxable income.

The following video looks at how companies relocate to reduce their tax burden:

With all the ways corporations avoid paying taxes and past efforts to close loopholes, perhaps the most surprising aspect of the European Commission’s decision to make Apple pay back taxes is who is opposed to the ruling: Ireland. Shortly after the commission made its decision, Ireland announced it will appeal. Obviously, the immediate question is why a country would be willing pass on $14.5 billion. The answer is that while Ireland would be passing up a lump sum in tax revenue, keeping Apple’s taxes low ensures the company’s continued presence there and the benefits that come with it, like jobs. If Ireland were to raise Apple’s taxes, Apple may be compelled to move somewhere else as Ireland would be less appealing. It could also have the effect of scaring away other companies who viewed Ireland as a good place to do business.

This decision is complicated further because it is not made in a vacuum. Ireland has had some notable fiscal issues and was bailed out by the E.U. and IMF in 2010. But Ireland may not want to risk losing the jobs that Apple brings as well as its reputation as a business friendly country.

While the fight seemingly boils down to who gets the money and whether Ireland can keep Apple’s headquarters, it also has the potential to raise an even larger question. Specifically, by forcing Ireland to tax at a certain rate, the E.U. is entering the murky waters of Irish sovereignty. While the E.U. is not concerned with Ireland’s low tax rate specifically, its problem is with the special tax deal it offered Apple–the ruling does amount to the E.U. intervening in a country’s private affairs. This is a particularly awkward position given that the U.K. just voted to leave the E.U., in part, over concerns of overreach by Brussels. While talk in Ireland has certainly not approached that level yet, some people have already broached the topic with names like “Irexit.”

As of February, Apple was the most valuable company in the world with a market value of approximately $534 billion. It’s is not surprising that even the most basic effort to reduce Apple’s tax burden would become news. Of course, the news tends to snowball when its tax deal with Ireland violates European Union rules. While Apple’s actions are not necessarily illegal as much as they are a profit-driven company taking advantage of a terrific deal, the situation certainly raises eyebrows, particularly when it’s not unique to one company.

Whether or not the E.U. will allow Apple’s current tax arrangement in Ireland to persist remains to be seen, as an appeal would take some time to sort out. Either way, it has shone the spotlight on a very common practice by major corporations. While Apple may have the most cash and be the most egregious case, the other companies doing the same thing reads like a who’s who of major corporations.

Unfortunately, the climate is such that instead of lauding the E.U. for trying to recover owed taxes and protect competition, there was an immediate backlash against the ruling. Ireland tried to refuse $14.5 billion out of fear of losing jobs and other investment and American politicians criticized the E.U. for targeting American companies. Many questions remain in the United States. In order to really address the underlying problems, U.S. lawmakers will need to reform the corporate tax code to truly prevent American companies from engaging in international tax avoidance.

The Washington Post: How U.S. companies are avoiding $695 billion in taxes

The Motley Fool: 10 Best Tax havens in the World

Yahoo Finance: US taxpayers could end up covering Apple’s back taxes in Ireland

Forbes: These Are the 10 Most Valuable Companies in the Fortune 500

Bloomberg: Pfizer-Allergen Deal may Be Imperiled by U.S. Inversion rules

The Washington Post: How the E.U.’s ruling on Apple explains why Brexit happened

Citizens for Tax Justice: American Corporations Tell IRS the Majority of Their Offshore Profits Are in 12 Tax Havens

Michael Sliwinski
Michael Sliwinski (@MoneyMike4289) is a 2011 graduate of Ohio University in Athens with a Bachelor’s in History, as well as a 2014 graduate of the University of Georgia with a Master’s in International Policy. In his free time he enjoys writing, reading, and outdoor activites, particularly basketball. Contact Michael at staff@LawStreetMedia.com.
Share:
Related ItemsAppleCorporate TaxationEuropean UnionIrelandLuxembourgTax AvoidanceTax Havens