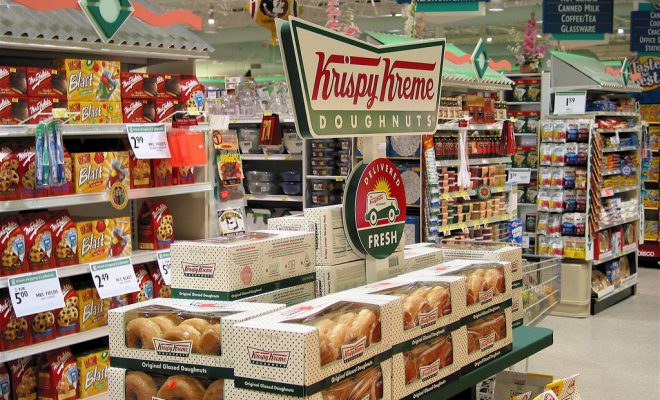 What is a Food Desert?

For many families in the United States, hunger can be a daily struggle. According to Feeding America, in 2015, about 13 percent of households were food insecure. In total, 42.2 million Americans lived in food insecure households, including 13.1 million children. There are also concerns that many lower-income Americans are overweight or obese–there is plenty of scientific evidence to suggest that low-income children are more likely to be overweight or obese than children in higher-income households. One concept that gets talked about a lot when it comes to hunger and health in the United States is the idea of a “food desert.” But what is a food desert, where are they, and what impact do they have on food insecurity?

What Exactly is a Food Desert?

While there are a number of different definitions that can be applied to the concept of a food desert, it’s generally defined as an area in which it is difficult to find fresh fruit, vegetables, and other “whole” foods that when combined, contribute to a well-balanced diet. In many cases, nearby supermarkets aren’t easily accessible by public transportation, and oftentimes, the residents don’t have access to cars. Essentially, a food desert just means an area in which it is difficult to come by wholesome and nutritious food.

In addition to the concept of a food desert, you may hear the term “food swamp” thrown around occasionally. A food swamp is usually defined as an area where there is access to healthy food, but there is easier access to unhealthy foods, like junk food and fast food.

The concepts of food desert and swamp are closely related. In fact, there are arguments that “food swamp” is a more accurate term than food desert altogether, because many lower-income neighborhoods have plenty of fast food restaurants and convenience stores that carry unhealthy foods.

Where Are Food Deserts Located?

There are multiple measures that can be used to determine whether or not a place is a “food desert.”

Redfin, for example, determined food deserts by calculating the percentage of people in a given city who can walk to a grocery store within five minutes. Using those metrics applied to 2014 data, the five American cities with the lowest percentage of people who can walk to a grocery store in five minutes are, in this order: Indianapolis at 5 percent; Oklahoma City at 5 percent, Charlotte at 6 percent, Tuscon at 6 percent, and Albuquerque at 7 percent. In contrast, the five American cities with the highest percentage of food access within five minutes were New York City at 72 percent, San Francisco at 59 percent, Philadelphia at 57 percent, Boston at 45 percent, and Washington D.C. at 41 percent.

That’s not to say that all food deserts exist in cities. In fact, rural areas are hard hit as well, although they need to be classified slightly differently. The metric usually applied to rural food deserts is if there’s no grocery store within 10 miles of a high-population area. In some rural areas, this is exacerbated by population shifts, as more people are moving to urban and suburban areas. When people move out of an area, grocery stores close, sometimes creating food deserts.

And certain areas are harder hit than others–for example, many Native American reservations fall under the definition of food deserts. Navajo Nation is almost 30,000 square miles, but only has 10 grocery stores. A study conducted by the Diné Policy Institute concluded that “a majority of participants from the communities represented in this study travel at least 155 miles round trip, while others regularly drive up to 240 miles to access foods.”

In 2011, the United States Department of Agriculture created an online, interactive map tool that measures food deserts across the country. The tool uses the following definition to measure what a food desert is:

A food desert is a low-income census tract where either a substantial number or share of residents has low access to a supermarket or large grocery store. ‘Low income’ tracts are defined as those where at least 20 percent of the people have income at or below the federal poverty levels for family size, or where median family income for the tract is at or below 80 percent of the surrounding area’s median family income. Tracts qualify as ‘low access’ tracts if at least 500 persons or 33 percent of their population live more than a mile from a supermarket or large grocery store (for rural census tracts, the distance is more than 10 miles).

According to then-Agriculture Secretary Tom Vilsack, the tool is intended to:

You can check out the tool for yourself here.

How Can the Problem of Food Deserts Be Solved?

There have been a lot of proposed solutions for food deserts. One prominent figure working to eliminate food deserts is former First Lady Michelle Obama, who made it one of the primary focuses of her activism. The Obama Administration put forth the solution of funding and equipping grocery stores in low-income neighborhoods, as well as providing financing for other options for healthy food, like farmers markets and co-ops.

There have been other, more unique solutions proposed as well. In some places, volunteers work to transport healthy food that would otherwise be disposed of from grocery stores in other areas. Some areas have taken to promoting urban farming and community gardens to combat food deserts. There are also efforts to put healthier, whole foods into already-existing institutions, like introducing more produce options into convenience stores and neighborhood corner shops.

Do Food Deserts Actually Need to be “Solved?”

There are also questions of whether food deserts are actually the issue, or at the very least the whole issue. There’s an argument to be made that obesity and poor nutrition aren’t necessarily caused by a lack of access to whole food, but rather issues with people’s shopping and eating habits.

Some research indicates that the increased presence of supermarkets in food deserts doesn’t do much to improve the shopping choices that locals make. In addition to a lack of education about nutrition, other factors go into play, like convenience, habit, the fact that unhealthy food is sometimes the cheapest, and strong advertising pushes from junk food producers.

As a result, some efforts to counter food deserts have focused on improving nutrition education. For example, there is a preschool in Memphis, Tennessee, that works with its students, many of whom live in food desert areas, to teach them the importance of a healthy diet from a young age.

Food deserts are such a fluid concept that it’s difficult to pinpoint exactly what they are, where they are, and what exactly they mean for the American population. Some argue that food deserts are a myth, and that our concentration should be focused on providing more nutrition education, not more choices of shopping venues. But one thing that is certain is that the rates of hunger and obesity in the United States–one of the richest countries in the world–are downright unacceptable, and food deserts are one concept that will continue to be brought up to combat those concerning trends.

Anneliese Mahoney
Anneliese Mahoney is Managing Editor at Law Street and a Connecticut transplant to Washington D.C. She has a Bachelor’s degree in International Affairs from the George Washington University, and a passion for law, politics, and social issues. Contact Anneliese at amahoney@LawStreetMedia.com.
Share:
Related ItemsFoodFood DesertFood SwamphungerInequalityMichelle Obama