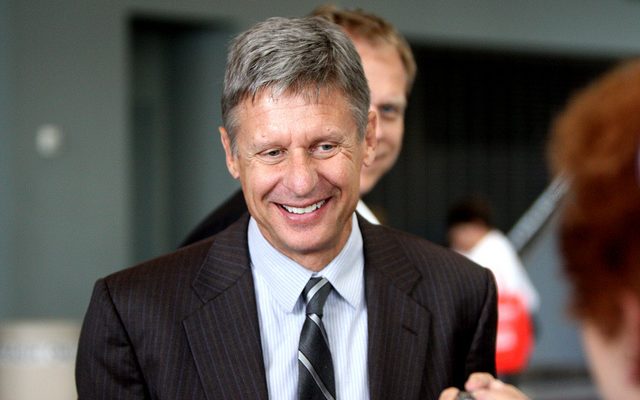 Who is Gary Johnson?

Governor Gary Johnson is the nominee of the Libertarian Party, a party that places heavy emphasis on fiscal conservatism, limited government, and civil liberties. After studying political science at the University of New Mexico, Johnson founded Big J Enterprises. The construction contracting business became a lucrative success before he sold it in 1999. Johnson ran for Governor of New Mexico in 1994, won, and held that office from 1995-2003. During his tenure, Johnson drastically cut the size of the state government, lowered taxes, favored privatization of services like prisons and Medicaid, and was known for frequently exercising veto power. Johnson was also the Libertarian Party nominee in 2012.

Where does he stand on some of the prevalent issues of 2016?

Many of Gary Johnson’s high-priority proposals have to do with Libertarian revisions to the economy. Johnson wants to end the corporate income tax to draw companies and jobs to the U.S., introduce a single consumption tax, and cut government spending by at least 20 percent.

According to Johnson’s platform, he believes that making it easier for immigrants to legally obtain work visas and enter the U.S. will create a safer national environment. Johnson opposes an increase in border security and building a border wall.

Gary Johnson favors the repeal of the Affordable Care Act in exchange for privatized healthcare based on free market principles. Johnson has expressed intentions to cut funding to Medicare and Medicaid. He also supports the right for a woman to have an abortion.

In line with Libertarian Party ideology, Johnson is in fierce defense of personal privacy. He has expressed intention to dismantle the National Security Agency (NSA) if elected. In his book, “Seven Principles of Good Government,” Johnson also expressed that the Patriot Act should be repealed. His platform expresses fierce opposition to foreign military intervention.

What are Gary Johnson’s priorities?

William “Bill” Weld, like Gary Johnson is a former Libertarian-Republican governor. Weld has served as the U.S. Attorney for the District of Massachusetts, the head of the Criminal Division of the Department of Justice, and as Governor of Massachusetts from (1991-1997). He was also nominated as Ambassador to Mexico, ran for U.S. Senate in Massachusetts in 1996, and was a candidate for Governor of New York in 2005. While Governor of Massachusetts, Weld had a similar track record to Johnson. He cut taxes, pursued the elimination of state employees and privatization of human services, and drastically reduced state spending.

How is Gary Johnson polling?

According to the last national poll conducted by Public Policy Polling on July 30, Gary Johnson is currently polling at 6 percent.

You can read here about the other third party candidate, Jill Stein of the Green Party.