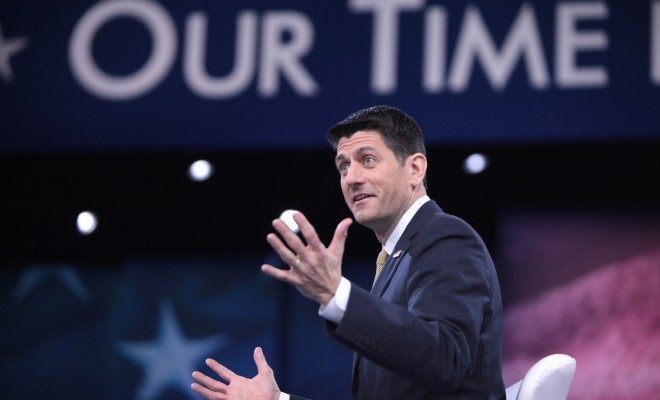 Who Could Still End Up with the GOP Nomination?

Last night’s sort-of second Super Tuesday led to even more of a mess for the GOP than I think anyone thought possible just a few months ago. As of last night, Marco Rubio has officially bowed out of the race. Donald Trump is certainly doing well, but he hasn’t quite locked up the nomination yet. And John Kasich’s win in his home state of Ohio means that he’s still holding on. Then, with the chance that there’s a brokered convention, literally anything could happen at the Republican National Convention in Cleveland this summer. So…who’s still left in the race for the GOP nomination, and what’s next?

Trump is, quite obviously, the man to beat. Trump is the only Republican candidate left in the race who has a realistic path to the 1,237 delegates needed to win the nomination before the convention–he currently has 646. While Kasich’s win in Ohio denied Trump 66 delegates, which certainly makes that path harder,  Trump is still in an enviable position.

Ted Cruz is still in it, with 397 delegates. He’s positing himself as the only one who can beat Trump, and is seemingly trying to push Kasich out of the race to scoop some of those “absolutely never voting for Trump under any circumstances” voters. He’s also claiming that he’ll do well in closed-primary states that are coming up, where only pre-registered Republicans can vote. We’ll have to see if now that the field has narrowed a bit if Cruz can make good on those promises.

John Kasich somehow managed to stay alive last night by winning his home state, Ohio. However, Cruz and Trump are both promising that their delegate counts will keep him out of the convention. But Kasich may still see some room for himself at a contested convention. As Politico’s Kyle Cheney put it:

Kasich’s campaign foreshadowed its plans for a convention brawl late Tuesday, naming Stu Spencer and Charlie Black — two veterans of the last contested convention, the 1976 fight between President Gerald Ford and an insurgent Ronald Reagan — to his national strategy team.

With the prospect of a contested convention, there’s always the chance that another contender sneaks up through the side. In this case, all eyes would appear to be on current Speaker of the House Paul Ryan. Former Speaker John Boehner has stated:

Ryan himself doesn’t seem particularly in favor of the concept, but it sounds like he hasn’t totally ruled it out, either. He told CNBC:

You know, I haven’t given any thought to this stuff. People say, ‘What about the contested convention?’ I say, well, there are a lot of people running for president. We’ll see. Who knows?

Then there are people who say that Jeb! Bush could make a comeback at a convention, at least according to Rush Limbaugh.

The Ghost of Ronald Reagan?

Honestly, at this point, it may be one of the more plausible and palatable options.

Anneliese Mahoney
Anneliese Mahoney is Managing Editor at Law Street and a Connecticut transplant to Washington D.C. She has a Bachelor’s degree in International Affairs from the George Washington University, and a passion for law, politics, and social issues. Contact Anneliese at amahoney@LawStreetMedia.com.
Share:
Related ItemsDonald TrumpGOPJeb BushJohn KasichNominationPaul RyanRepublicanRonald ReaganTed Cruz