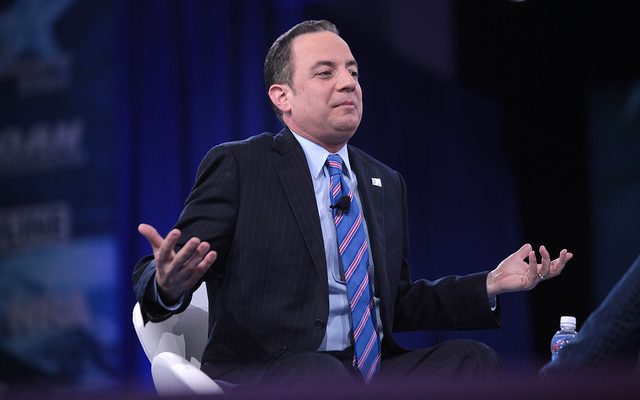 Trump’s Cabinet: What We Know So Far

All eyes are on President-elect Donald Trump as he begins to build his Cabinet and staff other key positions essential to his administration. While his rumored short list varies, one thing is certain: it’s definitely aimed at “shaking up” Washington. Here are a few of the biggest highlights so far:

On Tuesday it was reported that Dr. Ben Carson rejected Trump’s offer to serve as Secretary of the Department of Health and Human Services. Carson’s business manager and personal confidant Armstrong Williams told “The Hill”:

Dr. Carson feels he has no government experience, he’s never run a federal agency. The last thing he would want to do was take a position that could cripple the presidency.

That’s pretty awkward given that Carson thought he was qualified to run the entire country just a few months ago.

Rudy Giuliani Favored to be Secretary of State

After reportedly shooting down rumors that he’d be the next Attorney General, New York’s former mayor and Trump loyalist, Rudy Giuliani, is now considered to be the top pick for Trump’s Secretary of State. Giuliani is being considered alongside former U.S. Ambassador to the United Nations John Bolton, a hawkish conservative who advocated for the U.S. to bomb Iran to halt the country’s nuclear program.

Jeff Sessions as Possible Attorney General or Secretary of Defense

Originally it was speculated that Chris Christie would be Trump’s first choice for leader of the Department of Justice, but the New Jersey Governor has been losing steam in the Trump camp as of late. On Friday he was replaced abruptly by Vice President-elect Pence as head of the transition team. With Giuliani probably out, Sen Jeff Session [R-AL] is the new leading contender for Attorney General, and is being considered for Secretary of Defense as well. Sessions is known for his hardline positions on immigration, and supported Trump’s proposed wall along the Mexico border.

What About His Non-Cabinet Positions?

Unlike Cabinet positions, these positions don’t require confirmation from the Senate, but they’re still important.

Reince Priebus Will Be Chief of Staff

On Sunday, Trump named RNC chairman Reince Priebus as his Chief of Staff. Priebus will be in charge of the day-to-day operations in the White House. This was probably one of Trump’s safest decisions, given that it’s clearly an olive branch to establishment Republicans. During the election Priebus criticized Trump’s proposed Muslim ban, but later helped rally support for the party nominee during the campaign’s final weeks.

Steve Bannon Will Be Chief Strategist

However, Trump’s next pick was much more controversial. On Sunday Trump also named Breitbart News’ executive chairman, Steve Bannon, as his Chief Strategist. The alt-right media exec has been called racist, anti-Semetic, and a White Nationalist, and has supported Trump wholeheartedly through the election. Bannon even took a leave of absence from his Breitbart role to help manage Trump’s campaign.

On Tuesday, Senate Minority Leader Harry Reid delivered a speech before Congress denouncing Bannon. Reid pleaded for trump to rescind his nomination, adding: “Rise to the dignity of the office – president of the United States – instead of hiding behind your Twitter account.”

When Will We Learn More?

Other recognizable Republicans rumored to be on Trump’s short list include: Former House Speaker Newt Gingrich, former Alaskan governor Sarah Palin, and Former Arkansas Governor Mike Huckabee, just to name a few. There are predictions galore for the rest of Trump’s Cabinet, but it may be several more days, or weeks even, before he announces his picks.

Alexis Evans
Alexis Evans is an Assistant Editor at Law Street and a Buckeye State native. She has a Bachelor’s Degree in Journalism and a minor in Business from Ohio University. Contact Alexis at aevans@LawStreetMedia.com.
Share:
Related ItemsBen CarsonCabinetDonald TrumpReince PriebusSteve Bannon