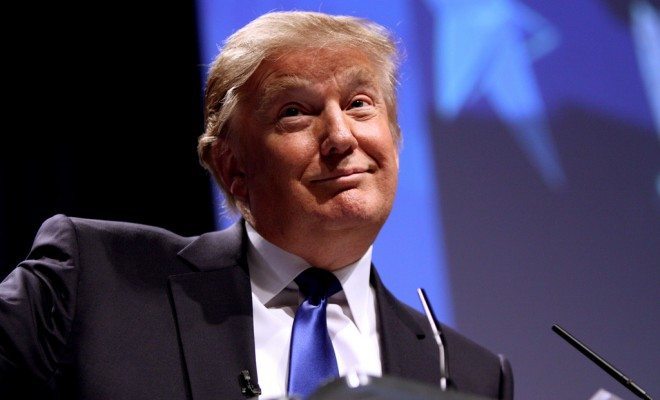 Real estate mogul Donald Trump has recently become one of the most talked-about people on the internet. Trump has a long history of making highly arrogant, conceited, and disparaging comments on pretty much any topic. But, Trump is faring fairly well in some presidential primary polls–second only to Governor Jeb Bush. While candidates saying stupid things is not a new trend,  some of Trump’s recent statements stand out as remarkably incorrect and foolish.

Check out some of the best Donald Trump quotes of the cycle so far, debunked:

When speaking about the “Great Wall of Mexico” he intends to build, Trump stated: “I would build a great wall, and nobody builds walls better than me–believe me–and I’ll build them very inexpensively. I will build a great, great wall on our southern border. And I will have Mexico pay for that wall.”

It appears that Trump has visions of making a small scale “Great Wall of China” to be placed at the Mexico-U.S. border. Although the concept of a fence between the U.S. and Mexico isn’t a new idea–a 700 mile long one was attempted a decade ago–it hasn’t proved cost effective enough for the U.S. According to Former Commissioner of U.S. Customs and Border Protection Ralph Basham, that’s because fencing in poor soil, flood plains, or sand dunes has proven to be more expensive than effective. As a result of these terrain challenges, in some places the government would have to spend more than $6 million per mile for specialized fencing. In those areas, the government has opted for more agents and technology to better secure the border. Basham further elaborates that there are plenty of paved roads where agents have time to respond to incursions or where there are natural obstacles like mountains and water that already slow, deter, or reroute traffic. These obstacles make the installation of a barrier unnecessary. There is clear evidence that agents on ground would not only be a more cost effective solution but also more successful at keeping illegal immigrants from crossing the border.

Also the illegal and ridiculous notion that he wants Mexico to pay for it would technically give that nation the rights to the wall, so it would have to be renamed “The Great Wall of Mexico.” It is safe to say Mr. Trump would not be too pleased with that name.

When asked about ISIS, Trump responded by saying he would: “Bomb the oil fields in Iraq.” Furthermore he augmented on his point by saying: “I don’t care about the government of Iraq.”

It seems that Mr. Trump is slightly confused when it comes to Middle Eastern geography and history. If he ever were to become president, he would benefit greatly from a class or two on Middle Eastern Affairs or International Relations at an accredited institution. Just to be clear, the actual Iraqi government is entirely independent of ISIL and is constantly fighting the terrorist group. In fact the United States Army trains the Iraqi military, which would make things not only messy but rather awkward if the U.S. took Trump’s advice to bomb the oil fields. Moreover, bombing an entire oil field to “end ISI[L]’s funding source,” would not only affect oil prices dramatically, but our current diplomatic relationship with Iraq would be hurt.

When asked about why he is running for president, Trump goes on a tangent in which he states: “We’ve lost our jobs, we’ve lost our money. We’re a third world nation and we’re a debtor nation at the same time.”

Effectively, the United States isn’t what it used to be. In many instances jobs have become more difficult to come by and the economy has struggled. However, to call the United States a “third world nation,” is not just a politically outdated statement but also flat out wrong. Statistics provided by Forbes show that the entire country is relatively rich. In fact, America’s bottom twenty percent is still richer than most of the world: That is, the typical person in the bottom 5 percent of the American income distribution is still richer than 68 percent of the world’s inhabitants.

When asked about abortion, Trump stated, “In terms of polling, the pro-choice (support) is going down a little bit.”

Referencing national statistics in a speech is a great way for presidential candidates to appear caring and knowledgeable about hot domestic issues. It is even more impressive when the statistics are actually accurate. Donald Trump has made it very clear that he is socially conservative–that extends to his personal views on abortion. Needless to say however, he makes an interesting claim regarding pro choice support when compared to recent polls.. A survey conducted by the Gallup in May of 2015 showed that 50 percent of Americans identify as pro-choice; an obvious 9 percent increase from 2012 when the same question found 41 percent Americans identified as pro-choice. Furthermore, according to the 2015 survey, 44 percent of Americans identified as pro-life which effectively contradicts Trump’s statement.

So, Trump has certainly had some doozies lately. But be sure to check back next week to see which political figure  makes an appearance on Law Street Media’s page of outrageous comments.

Symon Rowlands
Symon Rowlands is a member of the University of Miami Class of 2016 and was a Law Street Media Fellow during the Summer of 2015. Symon now blogs for Law Street, focusing mostly on politics. Contact Symon at staff@LawStreetMedia.com.
Share:
Related Items2016 Presidential CampaignAmericaCandidate FailComedic CommentsDonald TrumpPolitical Pundit