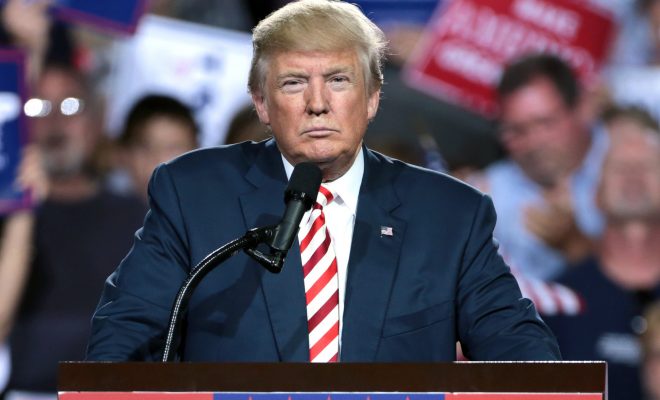 With just over two weeks until Americans vote for their next president, Donald Trump may have lost a key member of his campaign: National Political Director Jim Murphy said he will “take a step back from the campaign.” In a short statement to Politico, he attributed his decision to “personal reasons” while making clear that he has “not resigned.” Campaign aides said Murphy has been absent in recent days.

A career lobbyist, Murphy was a key waypoint between Trump’s campaign and the Republican National Committee. He also helped build field operations in battleground states, and oversaw the floor operations at the Republican National Convention in Cleveland in July. It’s quite late in the game for such a vital piece of a presidential campaign to “step back,” especially considering Trump’s recent self-inflicted wounds and falling poll numbers.

Murphy’s stint with the Trump campaign–which, if he is on hiatus, might still be ongoing–is not his first foray into politics. In 1988, he worked on Bob Dole’s unsuccessful White House bid. Murphy and Manafort worked together for Dole’s 1996 presidential campaign as well.

There are 18 days until Election Day, and Trump has seemingly lost his national political director. How this affects the logistics of his campaign’s final push is unclear at this point, but certainly worth keeping an eye on.