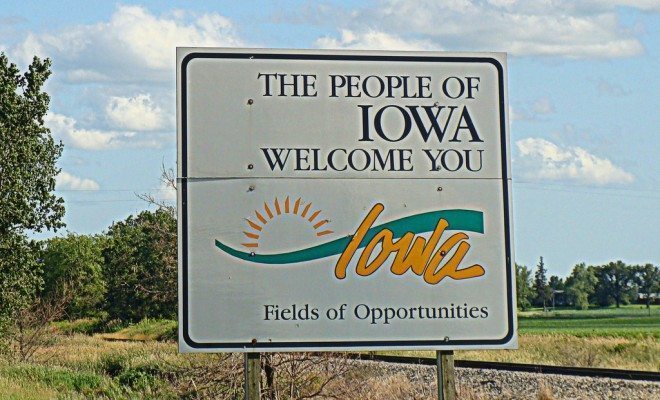 2016 is Here: What are the Differences Between Caucuses and Primaries?

Now that we are less than a week away from the Iowa caucuses, the first vote in the 2016 primary season, it is important to know why caucuses are different from primaries and why those differences are important. While both formats serve the same purpose–holding votes to nominate a presidential candidate–there are several misconceptions that may lead to some surprises when results are announced. So, read on to learn about the differences between caucuses and primaries.

The simple difference between the two is that primaries are run by the state government and caucuses are under the purview of state party organizations, namely the Republican and Democratic parties. Now this might seem like a minor distinction, but it does have some influence on who actually turns out to vote, which ultimately can affect the outcome.

The primary system is different from the general elections that most Americans are familiar with. For example, in primaries and caucuses voters cast their ballots for delegates who represent the candidates. Generally speaking, that is the same as voting directly for the candidate, as the delegates go on to formally nominate their candidate at the Democratic and Republican conventions later in the year. But delegate selection varies by state and can range from being proportional to the number of votes cast for a candidate across the state to a winner-take-all system. The point here is not to go into detail about all these variations, but rather to acknowledge that the rules can vary widely by party and by state.

For example, for Democrats in Iowa, vote counting is done by a headcount and caucus-goers can see where others stand. The process can also get pretty complicated. For example, the Democratic caucus in Iowa has a threshold for “viable candidates.” In most of the state’s precincts, if one candidate does not get 15 percent of the room’s vote, his or her supporters are free to pick a different candidate. This rule could prove important come next Monday because as the gap between Hillary Clinton and Bernie Sanders narrows in Iowa, Martin O’Malley supporters could decide the outcome. O’Malley, the former Governor of Maryland, has rarely polled above 5 percent in Iowa.

What is arguably more important than these idiosyncrasies for someone watching the primary process unfold is the key difference between caucuses and primaries. The biggest and most important difference is voter turnout. Put simply, turnout is much, much lower in states that hold caucuses and tends to be less representative of the general population.

Researchers at Harvard’s Kennedy School took a closer look at primary election turnouts in a 2009 study. The authors found that presidential primaries have notably low turnout relative to general elections, something that is particularly true for states with caucuses. In 2008, the most recent election without an incumbent president running, in the 12 states where both parties held caucuses, the average turnout was just 6.8 percent of eligible voters. While primaries tend to have higher rates of turnout relative to caucuses, average turnout is considerably lower than general elections, particularly for primaries held toward the end of the primary season.

The Iowa caucus had a record-breaking turnout that year, but even then it only reached 16.3 percent of eligible voters. The researchers provide a pretty stark summary of their findings:

In percentage terms, Iowa’s turnout was hardly earthshaking—only one in six of the eligible adults participated. The Democratic winner, Barack Obama, received the votes of just 4 percent of Iowa’s eligible voters. Mike Huckabee, the Republican victor, attracted the support of a mere 2 percent of Iowa adults. Nevertheless, the 16.3 percent turnout level was not only an all-time Iowa record, it was easily the highest percentage ever recorded for a presidential caucus, and about eight times the average for such contests

Because a caucus is an event hosted and run by political parties, attendance is more than just casting a vote. In fact, the process can take several hours as state parties deal with party business and people have the opportunity to give speeches to try and persuade voters to back their candidate. In contrast, a primary more closely resembles a regular election–you show up to a polling location, ask for your party’s ballot, then cast your vote.

So why does all of this matter? The conventional wisdom suggests that when turnout is lower a certain type of voter tends to participate, namely those who are more extreme than the average voter. There’s some evidence to back this up as well. BYU professors Christopher Karpowitz and Jeremy C. Pope conducted a survey of Americans and matched the respondents to state voter files to actually identify those who actually participated in primaries and caucuses. They, not surprisingly, found that those who attended caucuses were more ideologically extreme than voters in primaries. While this may not dramatically affect the outcome of primary elections, it is an important finding to keep in mind when talking about the primaries.

This is also particularly important in the context of polling because pollsters often have a difficult time identifying who a likely voter actually is. Because of that, poll samples tend to be broader than the small group of voters who participate. It is often important to look at how polls identify likely voters and acknowledge the fact that it is extremely difficult to identify and make contact with the small number of Iowans who show up on caucus day. Polls, particularly those conducted early on, can have a very hard time predicting election outcomes.

Josh Putnam wrote an excellent article for the Washington Post’s Monkey Cage blog breaking down everything you could ever want to know about presidential primary elections.

Putnam also runs FrontloadingHQ, a blog that dives into the minutia of the primary process as well as state and party rules.

The Council on Foreign Relations published a nice breakdown of the role of delegates in the nominating process back in 2008, most of which holds true today.

The New York Times has the full 2016 primary schedule, which you can even add to your Google calendar if you’re into that kind of thing.

For more details on voter turnout in past elections check out the United States Election Project.

The Pew Research Center has a great analysis of likely voters and their importance to polling.