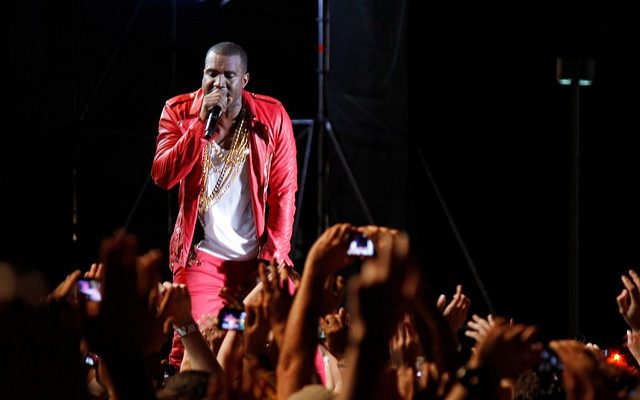 Kanye West Booed After Saying He Would Have Voted for Trump

During a concert Thursday night in San Jose, California, Kanye West stunned fans by announcing he didn’t vote in the presidential election, but if he had, he would have voted for Donald Trump.

“I told you all I didn’t vote right? … But if I were to have voted, I would have voted on Trump,” West said.

Fans immediately began booing West, and some even began to throw things at him from the crowd.

His announcement came as a huge shock to many, especially since:

However, the two men do have a few things in common. They’re both rich, have huge egos, and are outspoken to a fault.

Here’s an extended clip of his rant.

West defended his viewpoint to the audience, stating:

He also reportedly told the crowd that “neither candidate would fix racism in this country, and that black people need to stop focusing on racism because we live in a racist country.”

People on Twitter immediately began disowning West, frequently mocking him with lyrics modeled after his own song “I Love Kanye.”

Is this a joke kanye
U actin broke kanye
U blowin smoke kanye
I miss the old kanye https://t.co/CKiYttEYBs

Kanye West, 2005: president Bush doesn’t care about black people
Kanye to Kanye, 2016: neither do you pic.twitter.com/kBHnZeg7RY

every single person in the crowd at the kanye concert: please please dont talk ab the election

kanye: i have something to say

How I sleep at night knowing I never bought Yeezys pic.twitter.com/s0mKV2MBTH

West is no stranger to negative controversies, and likely won’t lose sleep over his comments. Who knows, his Trump outburst may have been a clever publicity stunt given that he plans to “run for president in 2020.” We’ll just have to wait and see.

Alexis Evans
Alexis Evans is an Assistant Editor at Law Street and a Buckeye State native. She has a Bachelor’s Degree in Journalism and a minor in Business from Ohio University. Contact Alexis at aevans@LawStreetMedia.com.
Share:
Related ItemsDonald TrumpKanye WestPresidential ElectionSaint Pablo TourVoting