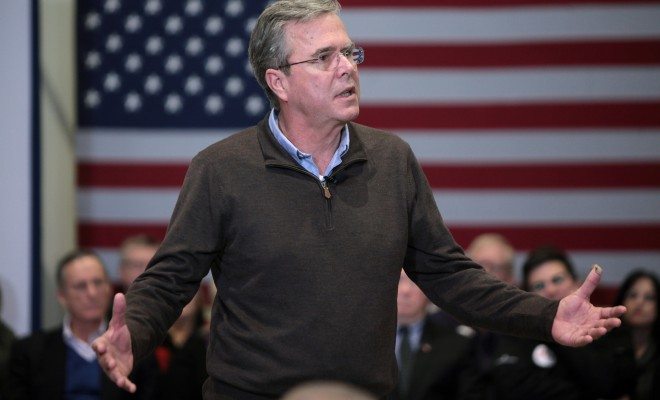 Jeb! Bush makes me sad. He’s trying oh so hard, and failing oh so miserably to win the 2016 Republican nomination. Now, he’s done some truly awkward and bizarre things over the course of this election cycle–check out fellow Law Streeter Sean Simon’s roundup of the best Jeb! Bush moments–but one of the most bizarre ones actually happened last night. Jeb! tweeted out this photo:

Obviously, we all know what Jeb! was getting at here–he’s a real, tough gun owner, just like the voters in South Carolina he’s trying to woo! He stands for the Second Amendment! He gets his name engraved on his gun, because nothing says tough like making sure your firearm matches your monogrammed bathrobe! He’s just like you! But, once the internet got its hands on the meme-worthy potential of this tweet, that message was utterly lost. Check out some of my favorite responses–some funny, some poignant–to Jeb!’s weird gun tweet in the slideshow below:

Anneliese Mahoney
Anneliese Mahoney is Managing Editor at Law Street and a Connecticut transplant to Washington D.C. She has a Bachelor’s degree in International Affairs from the George Washington University, and a passion for law, politics, and social issues. Contact Anneliese at amahoney@LawStreetMedia.com.
Share:
Related Items20162016 PrimariesElectionsGOPGunsJebJeb BushMemesRepublicanTwitter