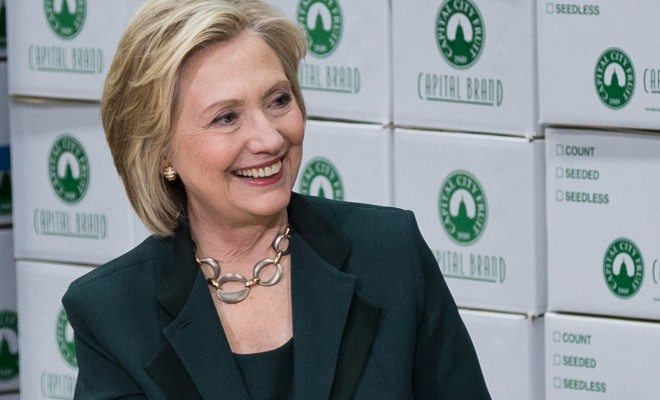 The Benghazi Hearing: Just the Latest Win for Hillary Clinton

Hillary Clinton, former Secretary of State and current Democratic Presidential frontrunner, took a day off from the campaign trail to testify in front of the House Select Committee on Benghazi. She testified for a grueling 11 hours about the security present at the embassy in Benghazi, Libya, the death of Ambassador Chris Stevens, and the controversy over the email accounts she used while at the State Department. As an inquiry that has been mired with controversy, both sides had something to prove with the hearing. Clinton had to prove that she could be a strong and ethical world leader; House Republicans had to prove that this wasn’t just a partisan witch hunt. While the 11-hour hearing was certainly grueling, for the most part Clinton came out on top–possibly in ways that will boost her seemingly tired campaign.

Clinton did exactly what she needed to do at the hearing yesterday–she appeared calm, collected, and a strong leader during the 11 hours of probing questions. Her testimony was littered with strong sound bytes. For example, Representative Jim Jordan (R-Ohio) questioned her on why the Obama administration had originally attributed the attack on the embassy in Benghazi to an anti-Muslim video. Clinton explained that after the attack, what exactly had happened was unclear, and she did her best to update the American people as more information was obtained. After a back and forth, Clinton eventually responded: “I’m sorry that it doesn’t fit your narrative, congressman. I can only tell you what the facts were.” It’s a quotable moment that will make her sound strong and ethical when push comes to shove in this campaign.

The press has, by and large, declared her the clear winner. This even includes certain facets of conservative media. The Atlantic collected a number of conservative writers, pundits, and thinkers complimenting Clinton on her performance–although to be fair, some of those mentions condemn House Republicans more than they applaud Clinton.

Clinton is also reaping financial benefits from the hearing. After the much-lauded marathon performance yesterday, her donations have been increasing. Jennifer Palmieri, her director of Communications, stated that from 9 PM to 10 PM last night, Clinton’s campaign had the best hour of online donations yet. She stated that those donations appear attributable to the Benghazi hearing, stating: “My point isn’t ‘wow, we brought in a lot of money.’ The point is that it moved people.”

Clinton’s campaign has had a shockingly slow start in many ways, but she’s had a damn good couple weeks. She gave a strong performance in the first Democratic debate. Then, this week Vice President Joe Biden, who many thought was going to jump into the race, elected not to. Given that he probably would have siphoned off her supporters, this was good news for Clinton. She wrapped this week up with a strong performance in the Benghazi hearing. Clinton certainly isn’t guaranteed the nomination yet, as there’s still a lot of buzz about Senator Bernie Sanders. But if Clinton keeps moving the way she is now, Sanders may not be able to catch up.

Anneliese Mahoney
Anneliese Mahoney is Managing Editor at Law Street and a Connecticut transplant to Washington D.C. She has a Bachelor’s degree in International Affairs from the George Washington University, and a passion for law, politics, and social issues. Contact Anneliese at amahoney@LawStreetMedia.com.
Share:
Related Items2016 ElectionsBenghaziClintonCongressDemocratHillary ClintonHouseLibyaRepublican