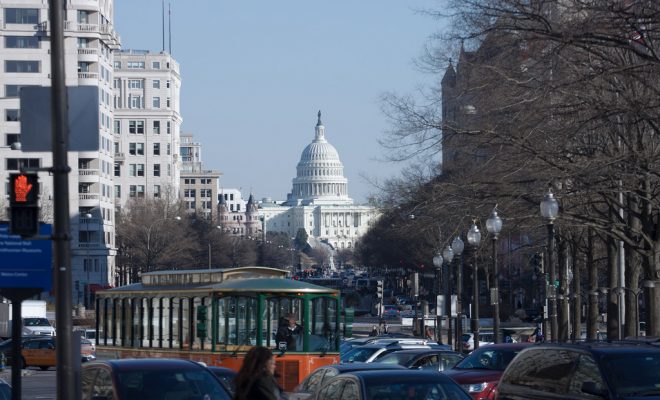 Tuesday night’s presidential result shocked a whole lot of people in the U.S. and around the world; it stunned those that supported Donald Trump and especially those that supported Hillary Clinton. Shock and surprise, it seems, have also blotted out another equally important fact: Congress will remain red.

Republicans retaining their House majority hardly came as a surprise, but some pundits and polls (we know how accurate both can be) predicted control of the Senate to shift from Republicans to Democrats. That did not happen, and now the White House and Congress belong to the GOP, something that has not happened since 2007.

Heading into Tuesday, there were eight Senate races–out of 34 open seats–presumed to be tossups. From Nevada to Wisconsin, Illinois to North Carolina, Democrats and Republicans were expected to wage bruising battles that could flip either way. In the days preceding Election Day, polls in those eight states were split: Democrats were leading in four. Republicans were leading in four. However, by night’s end, seven of eight ended up in the Republican column, bringing their total number of seats to 51. Democrats control 47 seats. Races in New Hampshire and Louisiana are too close to call.

Democrats were hard pressed to find any good news Tuesday night, though there were some small victories: three states elected a woman of color to the Senate. Tammy Duckworth, a Democrat with Thai and Vietnamese ancestry beat Republican Mark Kirk in Illinois. Women of color, all Democrats, won in California and Nevada as well. Elsewhere in the Senate, Marco Rubio (R-FL) won a decisive re-election bid, which was an uphill battle considering his failed presidential run and his tenuous relationship with Trump.

Republicans will also retain control of the House, and not by a slim margin either: at least 239 seats will be red heading into next year, while 193 will be blue. Speaker of the House Paul Ryan, who in a speech on Wednesday said Trump now has a “mandate” to govern, held onto his district seat in Wisconsin. A few districts have yet to call a result. The 115th U.S. Congress will convene on January 3, roughly two weeks before Trump is set to take the oval office.