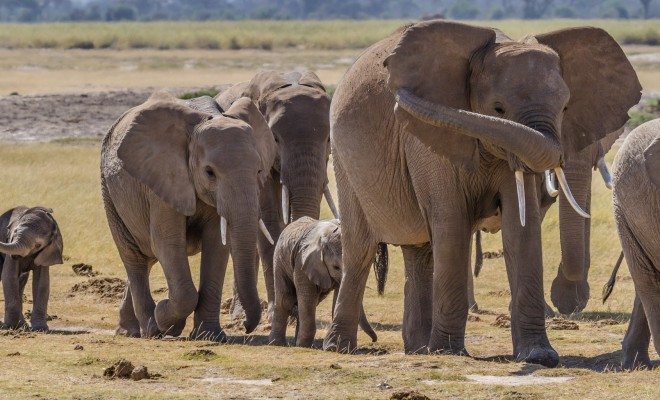 It’s Raining Republicans: Why is the 2016 Field So Crowded?

With Ohio governor John Kasich joining the Republican field for the 2016 presidential election, the numbers have reached an all-time high. Sixteen GOP candidates have now officially declared they’re running for the presidency–the highest number in campaign history. Previous to this year, the all-time high for the GOP as reported by the Federal Elections Commission (FEC) was 11 in both 2000 and 2012. What makes 2016 so different than previous years, and why are so many Republicans suddenly running for the nation’s highest office? Surely the chances of winning are slim in such a highly contested field, however it is still early enough that it’s any candidates’ ball game, and there are definitely reasons why so many may have thrown their hats into the ring.

One of the reasons that makes 2016 such a viable year for GOP candidate hopefuls is the mere fact that Republicans no longer want a Democrat running the government.The last Republican president to hold office was George W. Bush and that was back in 2008. Since then it has been a Democratic-run government under President Barack Obama. Now is the best time for Republicans to run granted that there is no incumbent president. As was seen in 2008, Obama ran as one of the younger candidates in history and proved that running at the right time can overcome a lack of experience.

The large number of candidates further demonstrates that there are contributing factors such as the changes to campaign funding policies which further permit individuals running to raise exorbitant amounts of money through fundraising and sponsorship (think Republican Jeb Bush, and Democrat Hillary Clinton.) Although the FEC used to place strict monetary guidelines on candidates, the 2010 SCOTUS ruling on the Citizens United case essentially gutted those stipulations and made it a lot easier for candidates to raise massive sums of cash. Further, the influx of money as a result of the Citizens United ruling may have propelled and incentivized individuals with large personal wealth (think Republicans Donald Trump and Carly Fiorina) to declare their candidacies. CNN recently reported Democratic candidate Bernie Sanders as stating, “We now have a political situation where billionaires are literally able to buy elections and candidates.” Sanders quote is clearly reflected by the latest GOP poll as it shows one of the most famously wealthy men in United States, Donald Trump, leading the pack.

While many refer to the 2008 election as the “Facebook Election,” it appears that the 2016 election is covering a lot more than just one social media platform. In fact most of the top candidates in the GOP field are staying very active on Twitter, Instagram, Snapchat and Periscope. Senator Ted Cruz demonstrated his active social media dedication as he provided a live stream of his first major speech across all mediums of social media on March 23. Although GOP candidates are aware that the competition in their own field alone is very fierce, they also understand that the highly prioritized use of social media in the campaign will allow them many hours in the national spotlight. Many of the candidates may be seeking some sort of business venture, platform, or  political deal as a realistic option from campaigning, and are in a great position with the constant celebrity-like attention they can get through social media.

Having won the previous eight years in the White House, the Democratic party is somewhat unified on its ideals while the Republican party is immensely divided. There are arguably four separate yet equally important constituencies which make up the GOP right now. The four of these are: the libertarians, the Tea Party goers, the social conservatives and the establishment, although of course there’s plenty of overlap as well as other ideologies. With that being said, it is very tough for one candidate to appeal to all four of the subgroups. However, granted that it is still very early on in the race, candidates have time to strategically plan how to reach their respective audiences within the party. Hypothetically speaking, if one candidate can somehow secure the following of all four groups, he or she would skyrocket in the race and have a very high chance of winning.

Whether all 16 candidates are in it to win it or simply for an experience to share some ideas, the fact remains that only one will win the GOP primary and eventually run against the Democratic rival. With that being said there will be 15 qualified (some more than others) and hungry losers looking to further their influence in politics. Candidates who have already lost may join and support a fellow constituent still in the running who shares similar ideals. Losing candidates might also join forces with those still in contention to make it more difficult for the competition to win. It is still early on, however, things are looking rather exciting for the Republican party as the field is stacked and surprises await.