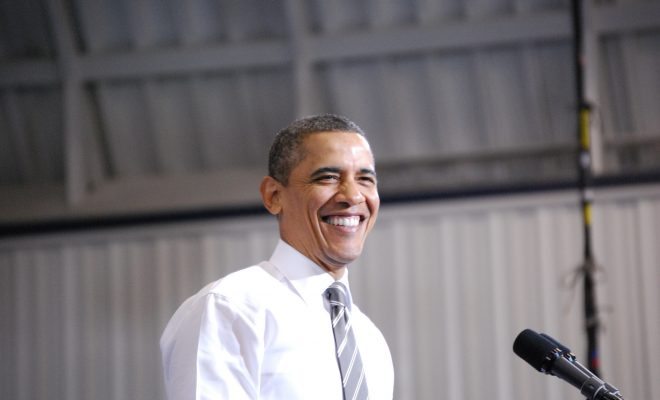 After FBI director James Comey announced that the FBI would not recommend charges against Hillary Clinton for her private email use, the former Secretary of State took the stage in Charlotte, North Carolina with President Obama. Obama announced his endorsement of Secretary Clinton shortly before she secured the Democratic nomination. Tuesday’s appearance was the first time the two Democrats campaigned together, and President Obama has already managed to breathe some much  needed life back into Clinton’s campaign.

Hillary sells herself as a savvy politician with practical solutions for the country–which can often translate onstage as being a little too analytical. In other words, Hillary majorly lacks the fun factor. That’s where our beatboxing, b-balling, belting, boogie-busting Barack-in-Chief comes in.

Obama’s infectious energy and smoothness help round out Hillary’s campaign. It’s kinda like when your mom tricks you into eating your vegetables by disguising them as fun shapes–or when “Blackfish” got a little boring so they threw in some cool animations to explain just how depressed orcas are.

President Obama was able to provide the yin to Clinton’s yang. Clinton’s speech was full of tongue-in-cheek remarks about how the two politicians were fierce primary rivals eight years ago, including strange anecdotes about their diplomatic travels during Obama’s first term.

When Obama took the stage, the energy in the room built to a fever pitch. Obama chanted “Hill-a-ry! Hill-a-ry!” with the crowd. Like a deft stand up comedian, Obama cracked some jokes about North Carolina food, hospitality, and had a back-and-fourth with the audience comparing basketball teams.

Much like DJ Khaled at the beginning of a Beyoncé concert, Obama did some call-and-response chants to feed the energy of the crowd. “Hillary got me fired up,” he kept repeating. Then he laid out his case for Hillary. Even though almost every word that he said was about Secretary Clinton, from the moment he stepped into the convention center, it was the Obama show.