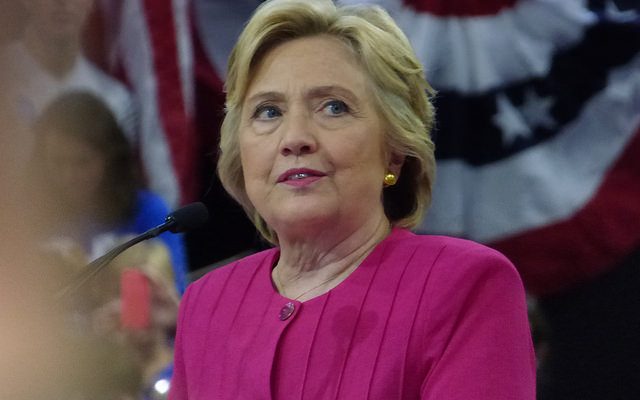 It Has Been a Long Year Since Hillary Clinton Was Nominated

What were you doing at this time last year?

On June 8, 2016, exactly a year ago, The New York Times ran a front page story commemorating former secretary of state Hillary Clinton reaching the threshold of delegates and superdelegates needed to secure the Democratic Party nomination. This made Clinton the first woman to lead the presidential ticket for a major political party.

At this point, plenty of people had high hopes of seeing America’s first female president. Many experts doubted that Clinton, an experienced politician, would lose to real estate mogul Donald Trump, who was nearing his own nomination.

As we all know now, much has changed in the year since that front page ran. National mood has ebbed and flowed, and the feeling that it’s been a long year is pervasive across America on social media and in casual conversation. The country has undergone a serious transformation in the past year in part because of the election and in part because of current events which have stricken fear in many.

As a baseline, Trump secured the Republican nomination and fought hard against Clinton in the campaign before pulling off the upset and winning the 2016 election. But throughout the campaign there were numerous important events that continuously shocked the nation, often to no avail. There was the tape of him with Billy Bush boasting about groping women without consent. There was Trump’s defense of his gross behavior surrounding Miss Universe models, specifically 1996 winner Alicia Machado. And there was his endorsement from KKK Grand Wizard David Duke.

And since Trump’s inauguration in January, the political climate in America has been drastically altered. Trump has regularly embroiled himself in controversy, whether it was his executive orders restricting travel from mainly Muslim countries or his choice to fire FBI director James Comey. And don’t forget when Trump fired Attorney General Sally Yates after she didn’t defend his travel ban. Not to mention all of the times he’s taken to Twitter to spout baseless accusations against former President Barack Obama, the media, and other global leaders.

Most notably, since The New York Times ran that front page story the political, racial, and cultural divide has widened across America. From any vantage point, American society is different than it was when Clinton secured the nomination last June.

Polarization on the political spectrum has become more evident. It has become increasingly clear that Republicans and Democrats alike mostly discuss politics with those who agree with them, the Pew Research Center concluded.

That polarization has, at least in part, led to violence across America. Violence has broken out at numerous protests since Trump’s inauguration, including the Portland protests just this past weekend. Nationwide, racially motivated hate crimes have become a more pressing issue. After researching nine major metropolitan areas including New York City and Chicago, the Center for the Study of Hate & Extremism at California State University found that hate crimes rose more than 20 percent in those areas. Hate crimes in New York City increased 24 percent from 2015 while Washington, D.C. had the largest increase at 62 percent. These hate crimes vary from racial threats to religious attacks against Jews or Muslims.

Additionally, people have become more skeptical of polling and poll analysis after pollsters’ failure to correctly predict the election. 538, an analysis site led by Nate Silver, is one of the organizations greatly criticized in the past year.

The truth is that it’s been a long year, particularly in the political realm. Many of the events that happened over this year have contributed to a feeling of despair, whether the events are related to terrorism, crime, or international affairs.

Part of this seismic shift has been the impactful global events that portray the changes over the past year. These events have shaped the past year and contributed to exhaustion of the American public. Here are some of the most notable:

While Trump’s rise to prominence has had ripple effects, it’s no doubt that so have these events and Trump’s response to them. With a rise in hate crimes, polarization, and controversy, the past year has been one of the most unique and unpredictable in recent history. Whether the current state of affairs continues or not is unknown. After a hectic and stressful year, many are hoping things slow down, but there’s no way to predict what Trump, or anyone else, will do next.

Josh Schmidt
Josh Schmidt is an editorial intern and is a native of the Washington D.C Metropolitan area. He is working towards a degree in multi-platform journalism with a minor in history at nearby University of Maryland. Contact Josh at staff@LawStreetMedia.com.
Share:
Related Items2016 ElectionCultureDonald TrumpFBIHillary ClintonPoliticsUnited StatesWomen